Over 11,000 miles away from her home country, Venezuela, Haydee Izaguirre was stunned as she watched the movie scene that her country had become on February 12, 2014. From her apartment in Singapore, she learned about the university students who had organized a peaceful, countrywide demonstration to raise awareness about Venezuela's lack of security. One of the most violent countries in the world, Venezuela boasted 25,000 homicides in 2013 (up from 5,000 homicides in 1998, the year before Hugo Chávez came to power).

Venezuelans wanted change, and the students were the first to express that change on such a massive scale. Together, they rallied around the slogan: "Venezuela, te quiero, vivirte sin miedo" (Venezuela, I love you, I want to live with you without fear).

Unfortunately for the protestors, the hope for a fear- and violence-free Venezuela was quickly squashed. The first day of protests ended with three demonstrators killed and more than 60 injured during clashes with security forces. Two survivors who were detained by the National Guard in the city of Valencia shared the grim details of their experience. They were beaten, threatened with death and kicked around by guards as if their bodies were soccer balls. One of the men, a twenty-one year old, said he was raped by guards who pulled down his pants and penetrated his anus with a rifle.

Instead of quelling the masses, State-sponsored violence has ignited unrest across the country. The death toll has increased to six in the past week, including the twenty-two year old Génesis Carmona, a former beauty queen known as "Miss Tourism" who was shot in the head.

According to Haydee, a human rights expert, this violence was the last straw for Venezuelans. Under the leadership of former President Hugo Chávez, and now Nicolás Maduro, Venezuela has undergone gradual deterioration over the years. Crime rates have skyrocketed while access to food and basic necessities in the supermarkets has dwindled. Unemployment and inflation tarnish the oil-rich nation's economy, while a stark divide between the United Socialist Party of Venezuela (PSUV) and the opposition polarizes society on political and class lines.

Venezuela is a victim of what sociologist and security expert Lucia Dammert views as "structural problems that have resulted from [Venezuela's] development." One of the grimmest realities about Venezuela's situation, in Dammert's eyes, is that it isn't necessarily a question about who leads the country at this point. Venezuela's problems are deep and pervasive, having corroded the country the way cancer does to the human body.

This is the society that Haydee and her family fled from in 2004, with the desire to find something more promising beyond Venezuela's borders.

"The protestors are students who want to stay in their country and be productive," Haydee offered over Skype. "As a Venezuelan who can't go back to my country because of the lack of opportunities, I can sympathize with them. This protest isn't about the leaders, but raising issues."

However, Maduro's government isn't ready or willing to listen. Instead, senior government officials have blamed opposition leader Leopoldo López for the killings and issued a warrant for his arrest. In dramatic fashion, López turned himself in to the government, declaring, "If my jailing serves to awaken a people, serves to awaken Venezuela ... then it will be well worth the infamous imprisonment imposed upon me directly, with cowardice."

Meanwhile, the government has censored most of the nation's news channels. Free media is a foreign concept in Venezuela, and reporters are limited about what they can write or present without facing persecution.

Given the national blackout on information, people like Haydee are trying to fill in the gaps with truth, even if that means doing so halfway across the world. Haydee started by creating a website and a Facebook page called SOS Venezuela on Valentine's Day. The page went viral immediately, acquiring over 138,000 followers in just five days. Haydee uses the page primarily as a way to rally Venezuelans and supporters of freedom inside and outside of Venezuela.

"Being a Venezuelan abroad, there is nothing more I'd like than to be on the street," Haydee said. "I was feeling so helpless to do anything, but I wanted to help people to gather, to express their anger, their sadness, the injustice."

The Facebook page has facilitated gatherings in places as unlikely-seeming as Kazakhstan. Meanwhile, the movement's Instagram provides an outlet for streaming photos and video from Venezuela. Haydee said she couldn't bear to upload the photo of the slain beauty queen being taken away on a motorbike, but that too has found its way online, for the world to see.

"This response has been coming for a long time now," said Haydee. "The PSUV has been in power for 15 years. Venezuela is a wealthy oil country, but you can't see the wealth. Citizens are tired of the violence and the kidnappings. It goes beyond parties - when you are getting killed or robbed, it doesn't matter what your politics are. You're a victim of violence either way."

Kidnappings are daily occurrences in Venezuela, and impunity is rife. An estimated 90% of crimes go unpunished in a justice system that is ranked as one of the worst in the world based on corruption, limited access to fundamental rights and an abuse of government powers. People fear going out at nighttime, especially in Venezuela's cities. Infrastructure is failing, potholes are ubiquitous and the supermarkets are running out of food.

"There is even an app to know when food is in certain places so people know where to go," Haydee said.

With all eyes on Venezuela, the world seems to be waiting for the Maduro regime to fall. When asked if she thought Maduro's government would collapse, Haydee remained silent for several seconds before answering.

"It depends how long Venezuelans are going to be on the street. As Leopoldo López said, 'the one who grows tired loses.' If we get scared and go home, we'll have to deal with harsher rules. The idealist in me wants to hope that Leopoldo López will be an example and will keep us on the streets."

"That's why I'm trying to help people get together," Haydee added. "We have to raise awareness. We can all help a little, if we try." 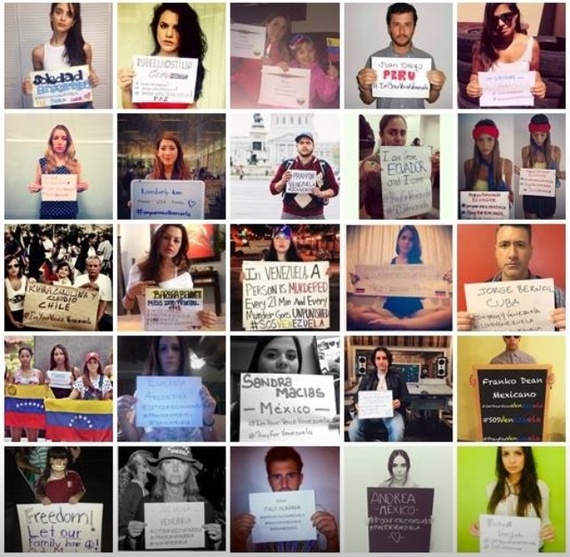 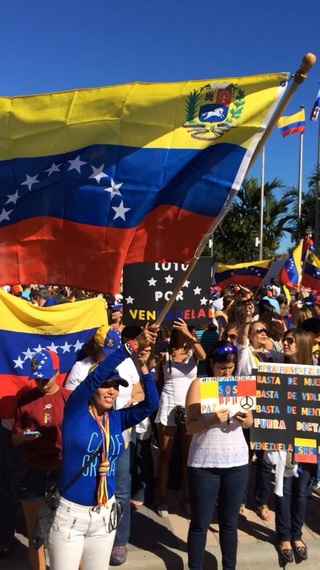 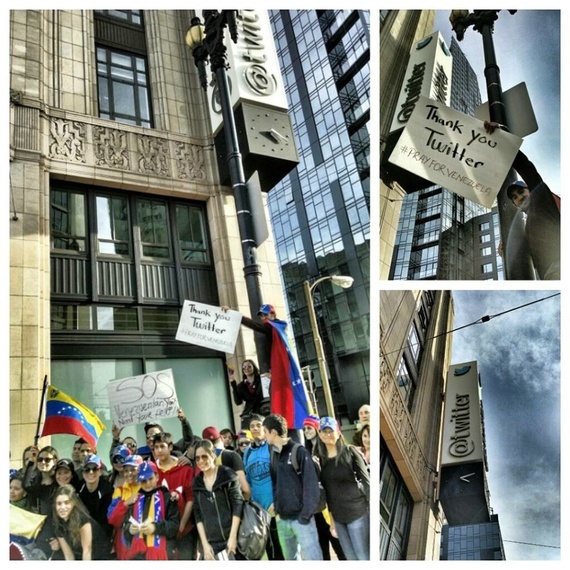