It's just dumb luck that Lucy Rockdale happened to have her camera on at the moment she met Rio the dog and turned his life around so completely.

In late October, the grey pit bull was living alone by a river on the outskirts of Tracy, California. A Facebook user came across the painfully skinny pup, snapped a picture of him and posted it on the social network, tagging Rockdale in the post to alert her to the dog's plight. Rockdale, who's been involved with pit bull rescue for about five years and recently launched a local dog rescue group with her partner Ellen Barkley, was devastated at the thought of the dog out there on his own.

First she checked under a bridge, then another one. Nothing. She then found some promising piles of excrement. But they, too, were a dead end.

"Something told me to walk up the river along this dirt road and well, after walking maybe a quarter of a mile, I could see him sleeping in the dirt in the sun," Rockdale posted on Facebook, along with video footage of their ecstatic first moments together. "His head popped up and like he had been waiting for me for his whole life, he came running to me....so excited to see a human."

Rockdale says that after she picked up the pup -- she calls him Rio, her "river dog" -- she "threw him in my car, got in the driver seat and just broke down. I cried for him, I cried for the hundred others that are out there like him and I cried for dogs in general and how disposable they are to some people." 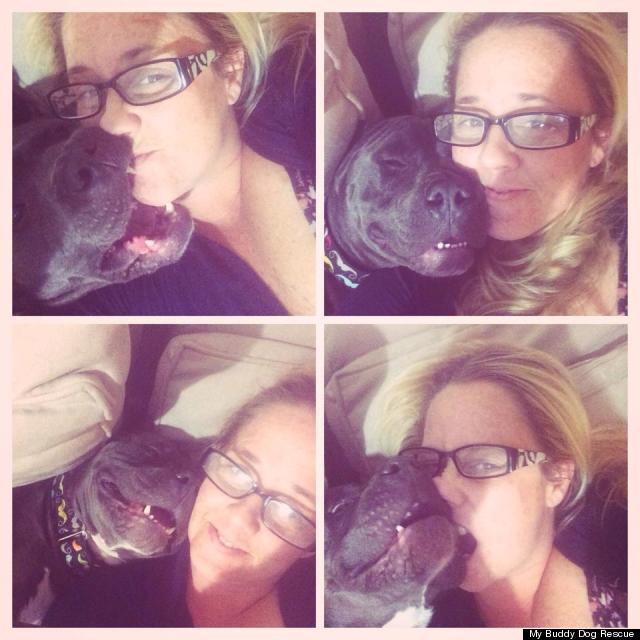 Rockdale has saved about 40 dogs since her rescue group, My Buddy Dog Rescue, got started in September. Some of them have stories and medical problems that'll rip your heart out.

There's a dog named Happy, for example, who was found tied to a cement pillar in downtown Stockton. Happy, it's thought, had been used as a breeding dog before she was abandoned. Her teeth were filed down, her stomach was bloated and her body was covered in bite marks. When she underwent emergency surgery after her rescue, the veterinarians found mummified puppies inside of her.

"Happy is the worst I have seen. She really was dying slowly, and I can not imagine what hell she has been through," says Rockdale. "She's a beautiful soul and deserves a wonderful home of her own." 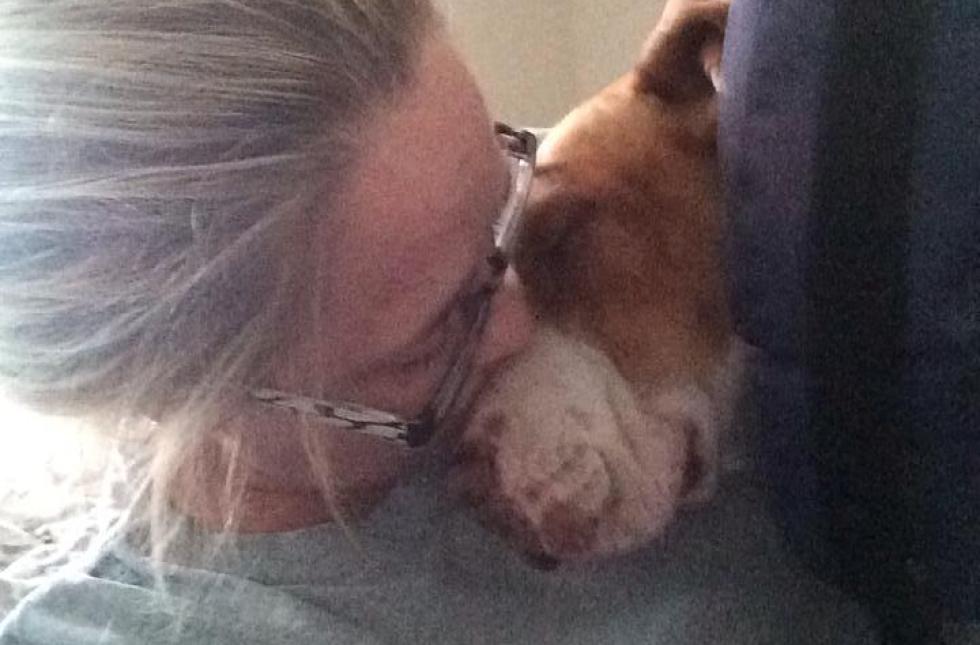 Another recent rescue is Guardian.

Rockdale got this dog after he was dropped at a local shelter. Guardian was in a wretched state, and the owners wanted him to be euthanized. He has also undergone emergency surgery, to fix his blocked intestines, and is now convalescing at Rockdale's home. It's just a matter of time until he's ready to be adopted out to the people who have already put in an application for him.

"He is going to be fine," says Rockdale, who lives with her son and their two dogs, a roommate and his dog, as well as a rotating cast of foster animals.

Rio is something of a miracle. Despite the neglect he likely suffered in the past, he maintains a loving and trusting disposition. But even more amazingly, he didn't have any major medical problems at the time of his rescue. He needed to be neutered, but he was pretty healthy otherwise.

Rio has been staying at Rockdale's home for a few weeks now, too. He's learning the pleasures of trips to the dog park and naps in bed with his canine siblings.

"The best part about having him with me is just when I sit back and watch him be the dog he was meant to be," Rockdale says.

This arrangement was supposed to be temporary, but he's fitting in so well -- and no one else has asked to adopt him yet -- that it's looking more likely each day that the river dog is no longer adrift. Rio may have found himself safely, permanently anchored, at last.

"There is a good chance I will keep him," says Rockdale. "These dogs need us. We are their only hope to survive." 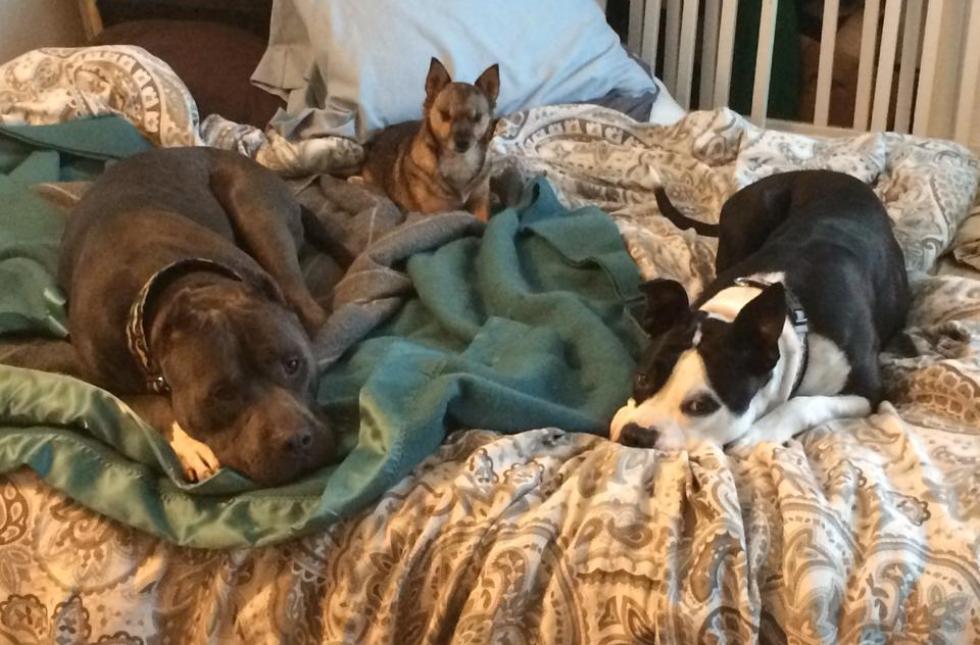 UPDATE: After all he'd been through, Guardian didn't make it. Here is Rockdale's heartbreaking announcement:

Find out more about Happy, Rio and My Buddy Dog Rescue's other adoptable dogs on the group's Facebook page. You can also find information there about fostering and making donations.

This Is The Moment That An Abandoned Pit Bull's Life Was Completely Changed
These Shelter Dogs Need Homes! 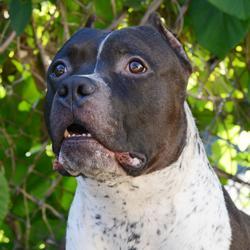