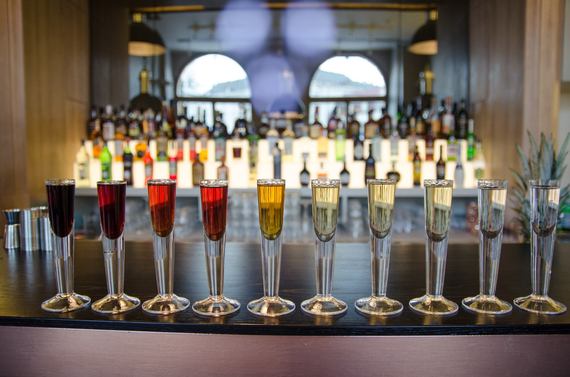 Spirits have traditionally played an important - although fraught and contested - role in Polish culture. Even during the years of the communist regime, all sorts of liquors and alcoholic drinks were made at home, often illegally, with the government focusing on the control of vodka and beer production. Nevertheless, especially in the decades following World War II and the near complete destruction of the country, drinking turned into an urgent social problem. To this day, a certain ambivalence can be detected around alcohol consumption, especially when quantity trumps quality. It is a fascinating field of cultural social interaction, and academics, such as Dorota Dias-Lewandowska, a researcher at the Polish Academy of Sciences, are looking at it more closely, especially from a historical point of view.
Today, spirits cover the gamut, from the homemade to the luxury segment. The market for craft beer is expanding, with old local breweries and new young producers improving their manufacturing and building larger distribution networks. In the trendy bars and restaurant of Warsaw it is now common to find intriguing artisanal beers, partly giving new life to old habits, partly reflecting the appeal of the "global Brooklyn" among the younger urban generations, which I discussed in a previous post. An older brand, Perła in Lublin, is rebranding itself as modern and hip, turning its production location into a place to eat, drink, and dance, while opening its old underground facilities- now fascinating pieces of industrial archaeology - to visitors.
Traditional products such as cider and mead are also making a comeback. As Poland produces enormous amounts of honey and apples, the spirits meet the need to find new commercial uses for those goods, following the decrease of exports towards Russia caused by the embargo launched by Putin as a reaction to the EU sanctions after the events in Crimea and Ukraine. Moreover, both cider and mead are relatively easy to produce artisanally - if not domestically - in small batches, despite administrative and regulatory hurdles. The old-style cider is at times called jabłecznik or cydr naturalny (natural cider), frequently unfiltered and unpasteurized.
Another spirit that has never lost its appeal, although its distribution seems limited to informal networks of production and exchange, rather than stores, is nalewka, often translated in English as tincture, aged infusions of various ingredients in alcohol. Fruits, berries, herbs, and even spices are commonly used in creating different flavors, reflecting the wealth of foraging traditions that are still alive and well in Poland. When I got the chance to taste a few, the most unexpected were the nalewki based on elderberries, blackthorn, rowan and, maybe the most startling, sea buckthorn, which grows near the Baltic Sea and is particularly rich in vitamin C. During the tasting I participated during the European Taste Festival in Lublin, I also appreciated one infused with ginger and curcuma.
The production of vodka, also boasting long history in the country, has seen the emergence of a few ultra-premium brands, such as Belvedere, Żubrówka, and Chopin (all available on the US market), which produce wheat-, rye- and potato-based vodkas, reinterpreting and updating tradition for the more upscale segments of local and international consumers. The Chopin vodka based on young potatoes, Młody Ziemniak, despite its relatively high cost, is finding growing numbers of appreciative fans. Reflecting such an interest, in Warsaw, the vodka atelier Dom Wódki offers a collection of over 500 types of vodka from all over the world and creating special menus in its restaurant, Elixir, where chef Michal Tkaczyk pairs courses inspired by local and traditional ingredients with a different vodka. Tastings and appreciation courses may have the potential change the image of the spirit, turning it into a glamorous symbol of Poland.
One of the most intriguing phenomena I observed in my short stay in Poland - and for this reason I cannot draw definite conclusions about it - is the expansion of wine production. Although some wine was historically produced in Lower Silesia, near the Czech border, other areas are emerging. I had the opportunity to visit a brand new winery, Winnica Solaris, that in the past few years has started planting hybrids such as Solero and Johanis, developed specifically to thrive in colder climates. The producer, Maciej Mickiewicz, makes wine as a side activity. He is self-taught and does not employ an oenologist, basing choices on his taste and what he has learned from viticulture manuals. His whites, some of which with potential, are now distributed nationally; the reds are sold very young, usually within a year from the harvest. Although the industry definitely needs to grow in refinement and experience, its commercial accomplishments indicate that Poland is eager to dive into new types of consumption, with alcohol and spirits at the forefront of this transition.
Photo credit: Dom Wódki