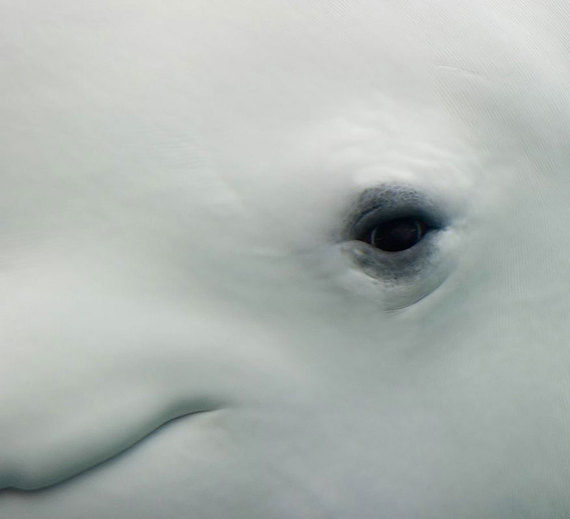 Whales are the great symbol and reality of a healthy ocean. As such, they capture our imagination and engage us directly in their vitality and conservation. There are myriad whale-related issues is discussion today: the continuing hunting of whales, particularly by the Japanese; the impact of seismic testing on whale navigation and migration; the frequent, inexplicable stranding of whales ashore; and the survival of whales in captivity, either in aquariums or entertainment spectacles like Sea World and others.

This latter has been further stimulated by the recent death of several Orca whales in such places and the growing controversy over the morality of their captivity and exploitation. In December 2015, Wilfred Moore, a Senator from Nova Scotia, introduced a bill in the Canadian parliament entitled Ending the Captivity of Whales and Dolphins Act to modify the Canadian Criminal Code "respecting cetaceans in captivity," and to strengthen the Wild Animal and Plant Protection and Regulation of International and Interprovincial Trade Act to prohibit the import and export of cetaceans in Canada.

The legislation is very specific, expanding the definition of cetacean to include whales, dolphins, and porpoises, extending the offense to anyone who owns, has the custody of, or controls a cetacean in captivity, or breeds a cetacean, or possesses or seeks to obtain reproductive materials of cetaceans, including sperm and embryo. It excepts ownership of cetaceans already in captivity or in care or rehabilitation from injury or other distress. An indictable offense is liable to imprisonment of not more than five years, and a summary conviction is liable to a fine not exceeding $10,000, or a term not exceeding 18 months, or both. The amendments to the other Acts prohibits the movement of an animal into captivity unless in distress, and the import/export of cetaceans, living or dead, in Canada, including reproductive materials.

Recently, in the United States, a California Congressman, Adam Schiff, announced his intention to introduce The Orca Act, federal legislation with comparable intent, specifically to phase out Orca whales from aquatic parks by prohibiting the future taking of animals from the wild or breeding in captivity for the purpose of public display.

According to a report by CBS Moneywatch, the California Coastal Commission approved last year, a $100 million expansion of tanks owned by SeaWorld, an entertainment company, to hold Orcas in San Diego, but "included conditions, including a ban on breeding and the prohibition of the sale, trade, or transfer of the whales."

For myself, I once had the privilege of traveling to Hudson Bay in Canada where, near Churchill, each year thousands of Beluga whales congregate to breed and nurture their young. The sight from the air is extraordinary, with animals everywhere. Better still was the experience in a tired rubber outboard with a local native guide and a boom box with a microphone on a wire trailing behind and amplifying the underwater chatter and song. As we motored quietly along, the whales swam up alongside, resting their heads on the pontoon, their flanks to be stroked, their faces innocent with that Beluga smile, and their eyes bright with a vitality that explains the anthropomorphic identification between such animals and indigenous peoples who live among them.

I confess I was the one captivated. In that single encounter, my access to the marine world opened directly, a clear vision that was for me formative and unforgettable. Call me emotional, but, from that day, I have worn a pewter pin of a Beluga whale on my vest as an evocation of that connection between brothers. Impossible I suppose, but I would want anyone and everyone to have shared that experience of a whale in the wild, and free. Tricks, in captivity, do not serve. Surely, yes, without a privileged trip to Hudson Bay, there must be a way to communicate the grace and intelligence of cetaceans to a wider audience without trivializing their behavior or denying their natural lives.

Peter Neill is Founder and Director of the World Ocean Observatory, online at worldoceanobservatory.org, a place of exchange of information and educational services about the health of the ocean, transcending conventional focus on species and habitat to connect the ocean to climate, fresh water, food, energy, health, community, governance, and cultural traditions. The Sea Connects All Things. Neill is the author of soon-to-be-published THE ONCE AND FUTURE OCEAN, Notes Toward a New Hydraulic Society, a proposal for a new concept of valuation and behavior in the 21st century. (Leete's Island Books. Available in January at your bookstore, Amazon, and IPG.com.)