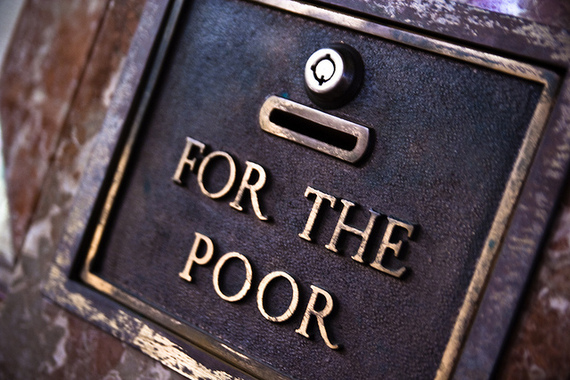 We live in an age in which our personal interests and activities can be tracked at scale. This enables us to understand our cultural values with a level of accuracy that would before seem unfathomable.

Using Facebook, for example, we can garner a surprisingly accurate view of the causes most Americans support, and our most popular charitable interests might surprise you.

Anyone with a Facebook account can access this information. Facebook's advertising tool enables us to target audiences with a wide variety of characteristics, ranging from people who tend to quickly adopt new technologies to people who are likely to buy things with cash and have no formal banking. Every audience one can target as an advertiser on Facebook comes with a size estimate, which enables one to compare the relative size of different groups, or at least subsets of those groups that use Facebook (and as the Pew Research Center reports that 71 percent of adults in the U.S. are on Facebook, it is a sizable subset).

So what does Facebook's advertising tool tell us about the charitable causes Americans support? Let us take a look. 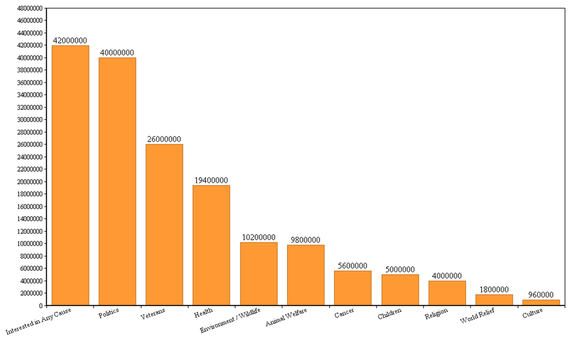 Here are the estimated audience size numbers I collected over the weekend:

What do these numbers suggest? 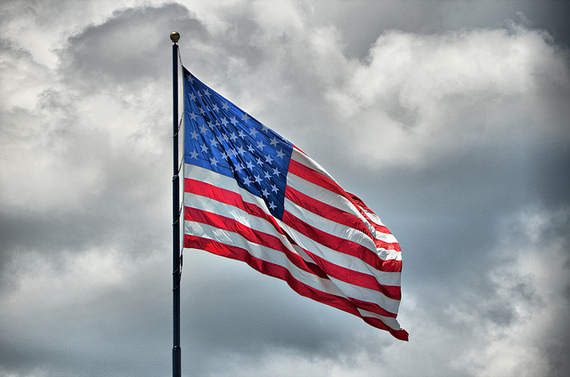 According to these figures, 95 percent of people who were interested in donating to charitable causes at all are interested in political causes. This makes intuitive sense. By affecting legislation, we can direct not only our own money, but the cash of millions of taxpayers toward causes and ideologies we believe in. Though perhaps politics captures much of our charitable mindshare simply because politicians are the most effective at leveraging the expertise of sophisticated, number-crunching, fundraising specialists when reaching out to audiences via social media. 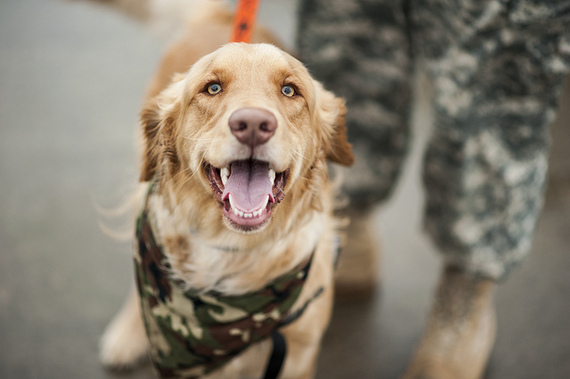 Photo by the North Carolina National Guard, CC BY ND 2.0, via Flickr

If I were asked to guess which charitable causes garnered the most attention, I would assume children and pets would dominate the ranking. Surprisingly, cuteness does not prevail. More people on Facebook have expressed interest in charitable organizations related to veterans and health than those related to children and animal welfare. Why might this be the case? One guess could be that veterans' charities and charities related to health enjoy interest not only from donors, but also recipients of those charities' support (whereas dogs, for example, are unlikely to have Facebook accounts and actively engage with the ASPCA's Facebook page). 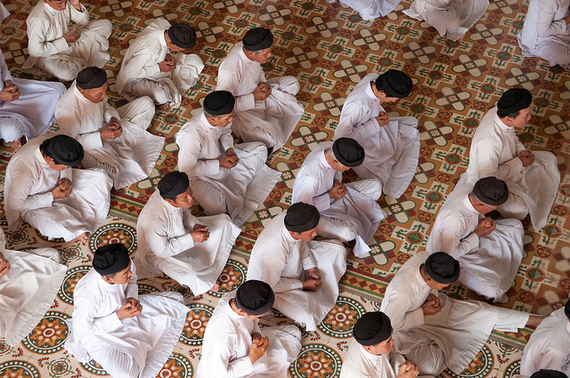 Photo by Wagner T. Cassimiro "Aranha", CC BY 2.0, via Flickr

Facebook users' interest in charitable organizations supporting animal welfare, environmental protection, and wildlife causes trumps interest in religious and cultural causes. Can this be a sign of the United States' increasing secularization and diversity? Gallup has reported that the number of non-religious Americans has grown from around 2 percent in 1948 to 16 percent in 2014, so it seems fairly clear that religion is less important now than it was in the past, and with the United States growing more diverse with each new year, is it much of a stretch to guess that we are growing increasingly comfortable with blurred cultural lines and feel less of a need to support the protection and propagation of homogenous cultural practices?

The guesses I have ventured above are only theories, and I would love to get your take on the matter. Why do you think political and veterans' causes enjoy the most interest? Why do you think religion sits near the bottom of the ranking? Share your theories with me (@SimoneHCollins) on Twitter.