When I was born in an Indigenous Limbu village of Eastern Nepal, no one had heard of climate change. Our communities struggled to make their living from land amidst armed conflict, feudal hierarchies, strangling debt and disasters that were slowly increasing. It was impossible, then, for anyone in the village to imagine that I might one day speak at the United Nations during a Climate Summit that will bring world leaders together to address the world's biggest problem.

I am the first person from my village to obtain a university degree. With this enormous privilege I decided to focus on the rights and development of Indigenous peoples and quickly realized two things. First, threats to our lands threaten our livelihoods, our culture, and our very existence. Second, Indigenous women across the world, particularly in least developed countries like Nepal, are the least audible, most excluded and seemingly the most expendable when the world is focused on maximizing profits and consumption. 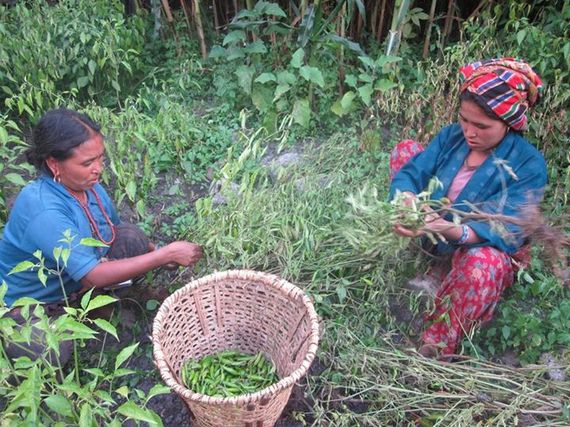 I'm now working as a community researcher in remote, mountainous areas of Nepal. Together with women in the community we are documenting the impacts of climate change and the actions that women need to take to survive. Isolated geographically (they have to walk two days just to get to a road), linguistically, culturally and religiously, these Mugal women have not been part of climate negotiations locally or internationally.

Landslides resulting from melting glaciers and changing monsoonal rains, for example, have destroyed crops in the Mangri village prior to harvest for the past five years. These landslides were not even reported due to their isolation and lack of services. When Indigenous people lose their crops and land they have few survival options. Women, already working 14 hour days, now have to climb further up the mountain to collect local medicinal herbs for sale. Increasing temperatures, unpredictable rain patterns and increased competition have made the herbs rarer. Often the only options for survival are debt and migration. Nepalese who are forced to migrate often end up in exploitative, dangerous work, such as domestic work or trafficked into sex industries, forced labor and surrogacy, often under the guise of marriage.

My work is part of a regional project to empower the most marginalized women to determine their own solutions to climate change. Through the Asia Pacific Forum on Women, Law and Development (APWLD), I have met women from the Carteret Islands who are amongst the first climate refugees, women working with the survivors of Typhoon Haiyan in the Philippines, and women from Bangladesh working with the Munda Indigenous community who are losing their lands to salinity and flooding in a country that anticipates at least 20 million displaced people by 2050. 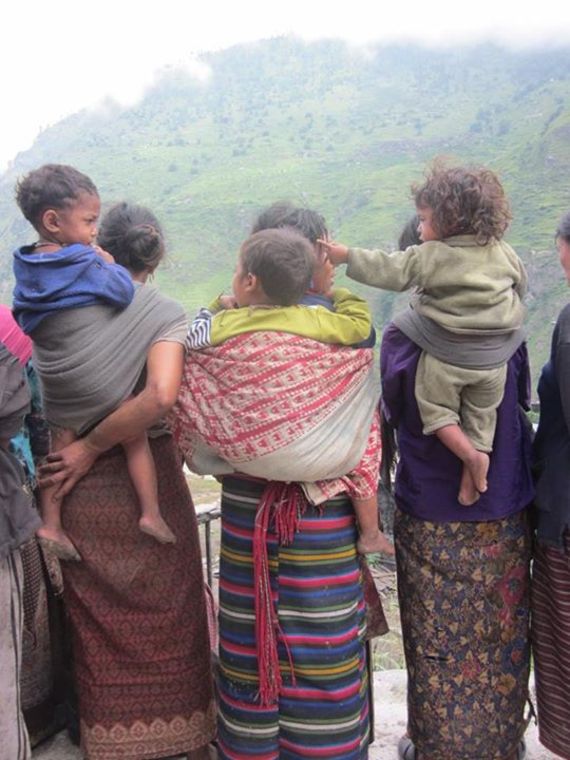 Reading UN climate reports that reveal our future is truly terrifying. If we continue extracting, consuming and emitting as we are, the temperature is likely to rise by 4 degrees Celsius or more. That would be disastrous for humanity. But it will be the most disastrous for those who live the most sustainable lives -- Indigenous, rural and poor women and their communities in the least developed countries. With none of the benefits of 'development' or globalization and none of the responsibility for climate change, Indigenous women have every right to question the shocking selfishness of the international community.

For us, the answers to climate change are simple and were promised decades ago. The answers are not the creation of markets for carbon -- markets that cause women in Indonesia for example to lose their access to forests. The answers are not to create more dangerous nuclear power in India or more hydro that displaces poor women yet fails to give them power in Nepal, India and Vietnam. 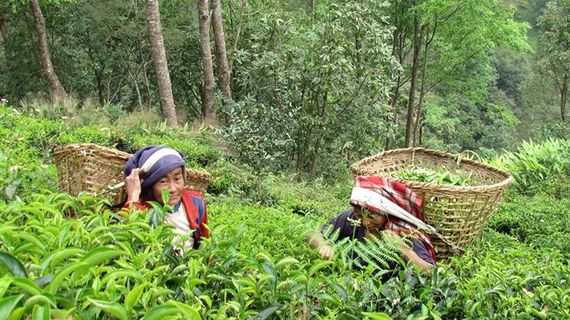 The answers lie in human rights and equality. The gargantuan threat of climate change should force us to re-think global systems that are disastrous for the planet and deeply inequitable. These systems mean 85 people in the world have more wealth and consume more than 3.5 billion people -- half the world's population. Our survival is dependent on governments making binding and drastic commitments to reduce emissions. But it is also dependent on a commitment to finally deliver on human rights promises and provide Development Justice to all.

As governments continue to negotiate our climate future I will be asking them to look Indigenous women in the eyes and answer us: whose lands will be traded away? Which cultures will be lost? And whose lives will be discarded in these negotiations?