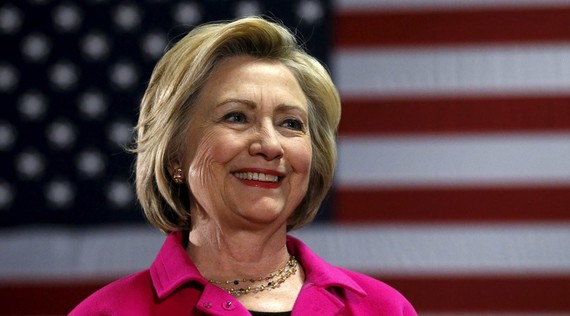 It really does beg an answer doesn't it? The hatred towards Hillary Clinton does not on its face make sense. If we consider how thoroughly Mrs. Clinton's background has been scrutinized in efforts to discredit her, what is remarkable is how little scandalous material her opponents have found. She is clearly not a "crooked" politician and using a personal email account does not rank up there with the great scandals of Presidential politics.

But regardless of how one feels about what her opponents do allege none of it is the kind of stuff that would be expected to generate the intensity of the hatred they express towards her. And yet people so hate Hillary Clinton that almost half of all Americans are voting for a man who is widely considered the most unqualified and even dangerous person ever to run for the Presidency.

So just how do we explain it?

I was working for the American Psychological Association in Washington DC on health care reform when the Clintons first came to town in 1993. Of course, as a psychologist, I tried as hard as I could to "read" Hillary. She was a young woman in a still very sexist society trying to restructure one-seventh of the nation's economy in what was to me a uniquely open, and free-wheeling deliberative process. She was far smarter than most of us, obviously sincere, and indefatigable in her endurance and perseverance. The fact that these are the very opposites of the areas in which she was at the time sued, and is now being attacked, is not just coincidental. It is actually reflective of the psychological dynamics at play in the hatred that has been directed towards her for decades now.

As I explained in my book, State of Confusion: Political Manipulation and the Assault on the American Mind (St. Martin's Press, 2008) if we threaten people in the areas of sexual identity, then swamp them with feelings of envy and paranoia we can do a pretty good job of disabling their mental apparatus. They then become irrational and vulnerable to a demagogue who appears strong and promises to deliver them from their panic. This is what has been done to the American political right.

The American mind has been under assault in all three of these areas, and Hillary's candidacy has become the perfect lightening rod for the trifecta of sexual confusion, envy, and paranoia that is assaulting it. As a society we are not paying enough attention to the combined impact of these forces especially the impact they are having on the most psychologically vulnerable.

Of course, for a nation in which millions of white men are terrified that to lose their gun is to lose their masculine security, having a woman President is very threatening. This is especially true when they have just learned, quite conclusively, that an African American man can make a better President than they can. White men who are hating Hillary so irrationally are terrified that they will lose the significant scaffolding that artificially inflated and discriminatory sexual stereotypes play in their very core self-definition. The more destabilized they feel by this, the worse the problem becomes.

Losing special status is painful, unpleasant, and shamefully exposing. Naturally, most men who feel this way do not acknowledge or even understand the feeling. It becomes an inchoate feeling of dislike for Hillary, a feeling-state awaiting explanation. With millions of American males needing to explain their hatred of her to themselves, any alleged flaw will do, real or imagined, to "explain" their visceral reaction. Thus, whatever is thrown against Hillary tends to stick. No politician in our lifetime has had more false or trivial accusations stick against her than Hillary Clinton.

So Hillary starts out with a strike against her when she deprives white males of that gender-based security. And, in this context, Trump's assaultive posture toward women, while not openly endorsed by white males, does not feel as bad as it should to them. Sadly, for many, it is probably compensatory.

But the problem gets worse. To get where she is, Hillary has not had to be just as good as a man. She has had to be better. And she has been. Hillary Clinton cannot merely do the job; she can do it better than most men. And that amps up the already considerable hate caused by the loss of identity support that white males were experiencing from racism and sexism. It ushers in the problem of unrecognized envy.

Envy is one of our least recognized psychological phenomena, and it quickly turns into character assassination. What we envy in others we distort and reverse. We do not like to acknowledge our envy, even to ourselves. Thus, we distort our understanding of what we are feeling. They are not really better than us. They have not gotten to where they are because of any special talent they might have. They have cheated. They must be "crooked." Thus, we have "Crooked Hillary." This dynamic that is rampant further justifies and amplifies the hatred.

That is why the apparent incompetence of Donald Trump does not seem to bother his supporters as much as one might expect. Hillary's "sin" is not just her feminine status. It is also her competence. That is what drives the envy. Donald is, for all his presumed material goods, a bit of a buffoon and as such does not make people so envious. In fact, his foibles reduce the envy and make him less objectionable to his supporters. But Hillary, in contrast, at the psychological level, first robs them of the scaffolding a sexist culture provides for their identity, and then, when she appears better than they are, the initial resentment is amplified by envy. Strike two.

But the hatred grows further. In our dynamic, it is difficult if not impossible for relatively rigid minds to tolerate and constructively channel the accumulating anger and resentment white males, especially, in America feel toward Hillary. Instead, they become paranoid, projecting their own angry feelings onto her and then imaging the vicious things she will do to them if she is elected their President. Major sectors of Middle America are truly terrified of a Hillary Presidency because of their own projections. This is strike three.

The primary reason Hillary Clinton is so hated is because she is a woman who is exceptionally competent in a world of human minds that have become increasingly sexually perplexed, envious, and paranoid.

Bryant Welch is a clinical psychologist and attorney in San Francisco, CA. He is the author of State of Confusion: Political Manipulation and the Assault on the American Mind (St. Martin's Press, 2008.)