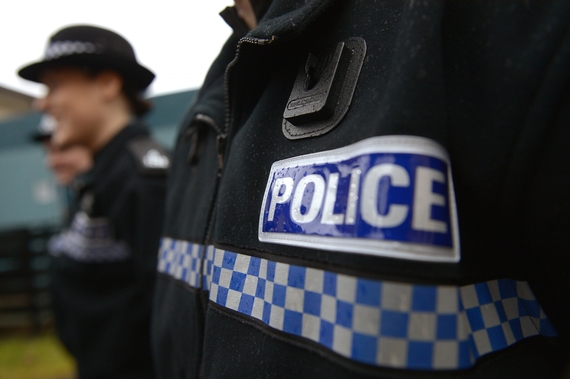 Similar to the racially charged times of the 60s and 70s, America is finding itself at the brink of another civil rights revolution. With the current political and social climate as it is and the alarming number of unarmed Brown and Black people being killed by law enforcement, we will soon find ourselves living in a state of anarchy if change doesn't happen soon. People are angry. People are frustrated. People are tired. At some point it will become impossible to avoid violence and militant action in the struggle for social change. There is only but so much injustice an oppressed group can take before they decide to fight back.

I am a staunch advocate against police brutality. Not because I am anti police, but because I am anti injustice. I have written quite extensively about my views whether be it on my blog or via my social media pages. It is my duty as a writer to use my voice as a change agent. Watching videos of Brown and Black people get murdered by the very individuals entrusted with keeping us safe are becoming as common as an internet meme being shared and re-posted millions of times.

Watching the killing of our people is becoming normalized and watching someone get murdered before our eyes should never feel normal. So when people say to me "Well, how about the number of cops who get killed every day in the line of duty? I never see you say anything about them" in infuriates me. Not because I don't value the lives of the officers, but because unlike unarmed civilians, cops have made a conscious decision to risk their lives by choosing to be police officers. Moreover, every time I turn on the evening news or every time I log onto Facebook or Twitter I am not being bombarded by images and videos of cops being murdered. Why not? Because it is understood that death is a possible consequence of choosing to be a cop. When a cop is killed in the line of duty we understand they have made the ultimate sacrifice in performing their job function. I am not saying this to trivialize or minimize their death, but instead to highlight this is not an expectation we have for the average American.

However, please understand that those individuals chose those professions. Consequently, in making that choice, it is assumed that one understands the inherent risks and dangers that come with the job. To argue that cops are killed everyday in the line of duty as a way to attack or minimize the deaths of the hundreds of people killed yearly by officers who decide to exercise the use of lethal force when there are other alternatives to diffuse an encounter is ignorant and dangerous.

I will not pretend to understand how dangerous a cop's job is. Nor will I pretend to know what it's like to have to make a split second decision when your life is on the line, but officers are trained to handle certain situations in ways that the average American like you or me are not. As such, they should be held to higher standards, which many times, as we have seen they are not. Are there times when those killings may be justified? Absolutely. But there are many times when they are not. There are times when an indictment never happens, robbing the victims and the families of their right to due process. Instead, the officers are sent home on administrative leave and fully compensated while the families of the victims are left to deal with the aftermath.

If there is to be any hope for this country and for us as a people police policies must change. There has to be a complete overhaul of the system that exists today that is allowing these officers to get away with cold blooded murder when it is apparent they have abused their power. Not every killing is justified and when it is not those officers need to be held accountable.

This ideology that seeks to defend the actions of a handful of cops who are abusing their power only further contributes to the problem at hand. Without acknowledging that a problem does indeed exist, we as a country will never be able to have real breakthroughs when it comes to how the Brown & Black communities are policed. We have seen time and time again the blatant disregard for our lives. Systemic and institutional racism does still exist in this country. The United States was just cited for police violence and racism in a scathing UN review on human rights. So, those who argue that it doesn't exist are either blind, ignorant, or both.