Anti-vaccination campaigners have reached the forefront of the news. When a public health issue has reached the Jimmy Kimmel show, you know that it has reached the "big time." Seth Mnookin wrote the book The Panic Virus: The True Story of the Vaccine-Autism Controversy. Both Kimmel and Mnookin mentioned Jenny McCarthy, who has been quite vocal about her concerns about vaccines. More measles outbreaks have occurred in the past year than in the past decade, with the majority occurring among unvaccinated children. Buzzfeed asked vaccine expert Kate O'Brien of the International Vaccine Access Center (IVAC) at the Johns Hopkins Bloomberg School of Public Health to comment on the safety and utility of vaccines. A mother's angry Facebook post about anti-vaccine campaigners went viral. Someone even wrote "Melanie's Marvelous Measles," a children's book which, according to the Amazon website author description, "was written to educate children on the benefits of having measles and how you can heal from them naturally and successfully." To date, the book has received over 1,100 one-star reviews on the Amazon website. (One of the one-star reviews continues by saying "If you enjoyed this book, check out these other fine titles from the same author" and lists a slew of titles such as Bennett's Breathtaking Boil, Carol's Colorful Chlamydia, Hillary's Hilarious HIV, and Manuel's Magnificent Meningitis.)

A major question is: Why have anti-vaccination campaigners targeted vaccines for autism and other concerns? There are so many things now in our environment and personal lives that could be contributing to a wide variety of diseases and health problems. For instance, shouldn't the continuing obesity epidemic make everyone concerned that things are changing about the world around us? What about our food environment? Have you looked at food labels and the listed additives and preservatives in many of the things you or others may be eating? 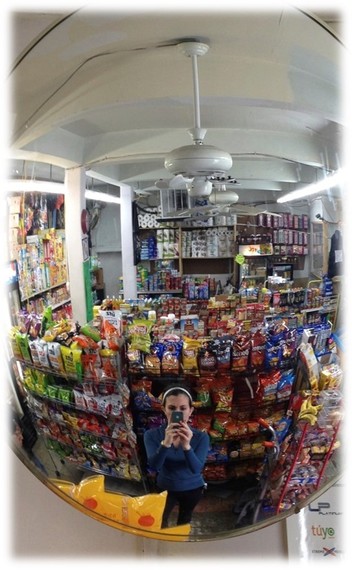 What about the medications and various substances that people are putting into their bodies to change their looks, improve their sex lives, or make themselves feel better? How much evidence is out there about their safety and potential side effects? As an example, check out a study led by Brian Schwartz of our Global Obesity Prevention Center (GOPC) that found a potential association between Attention Deficit Hyperactivity Disorder (ADHD) medications and obesity. What about all the antibiotics being used? What about the effects on the environment of various business practices such as fracking? Or industrial chemicals such as flame retardants, pesticides and plastics, as Lynn Peeples writes?

Perhaps people tend to not know what they can't immediately see. Vaccines in many ways have been a victim of their own success. Many may not be clear on what vaccines are doing when they can't see the diseases that are being prevented. Have you ever seen a case of measles, tetanus, or diphtheria? Unless you are in the health care profession or in a low or middle income country, you probably haven't... because of the success of vaccines. Similarly, was the public as worried about air safety until 9-11 occurred? Did people believe their real estate purchases were risky until the real estate bubble burst? Did my former classmate even care about art until he found out that a woman that he was interested in liked art and then cram-studied art books to prepare for their first date?

By contrast, some of the other things that may be affecting disease risk seem to have immediate benefits that people are less willing to do without. A painkiller removes pain. Food with additives and preservatives may seem more convenient and delicious. Drinking lots of alcoholic beverages may make one (and others) look better and seem to help gain more friends. Male and female "enhancement" medications and similar substances may... well, you get the picture.

But here's the thing. The things that we cannot see can end up being the biggest risks. For example, obesity may seem like just an appearance issue but can lead to a host of problems including deadly diseases.

Those opposed to vaccines do have an important point: Testing everything thoroughly is important. We should not assume that anything is safe without enough data in hand. But why aren't anti-vaccine activists saying this about other things that we eat and use? The amount of testing that a vaccine undergoes is much more than food or dietary supplements or weight loss substances out there.

So skepticism can be healthy, but if you are going to question vaccines, start questioning many of the other things around you like food that may be affecting the lives and health of you and those around you. What you haven't seen may surprise you.