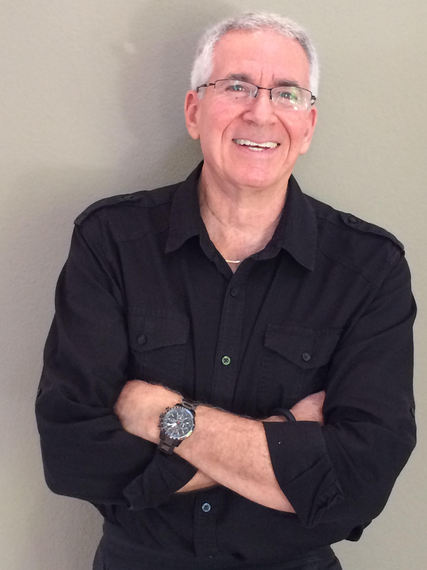 This is an interview with Dr. Robert Scott, a licensed psychologist as well as a nationally recognized teacher, trainer, and consultant in the field of trauma/disaster psychology. I first met Bob at the "Trauma-Sensitive Yoga and Resiliency Training to Benefit First Responders" held at the Sedona Yoga Festival in February 2015. For over 30 years Dr. Scott has provided crisis response interventions and support to first responder populations, including fire, police, medical, aviation, military, and Red Cross personnel.

In 1998, he was appointed Department Psychologist and Director of the Behavioral Health and Wellness Program for the Los Angeles City Fire Department (LAFD). In addition to his regular duties and activities of critical incident response and training, Dr. Scott directed and supervised the Los Angeles Fire Department's Critical Incident Stress Management (CISM) team deployment to the World Trade Center attack in the aftermath of 9/11. During the team's two-week deployment, Dr. Scott provided CISM intervention and support to the Fire Department of New York. Dr. Scott also provided similar support with his CISM team to Louisiana Firefighters during a one-week deployment to the hurricane-impacted Gulf states during hurricanes Katrina and Rita.

Rob: What originally motivated you to start a yoga program at the Los Angeles Fire Department?

To be honest, I was not really thinking about a yoga program for first responders until I met Olivia Kvitne, a local yoga teacher. When she suggested it, I was skeptical because I was aware of the biases that most people have about yoga, especially folks in the fire service. However, my wife has practiced yoga for over 20 years, and I was already aware of its powerful health-promoting benefits. I knew that it would be a good thing for the population, but how was I going to get around breaking the stigma attached to it?

Once I met with Olivia and heard her about her unique way of implementing yoga for first responders, I knew we had a chance of seeing it applied in this setting. Olivia had a unique blend of knowledge, positive attitude and energy, and with her approach I felt we had a good chance of making it work with the first responder personality.

I also decided that I would participate in the class myself! My wife had been wanting me to start yoga for the longest time, so I thought this would be a great way to join in with the members of the department, and test the program out personally. From the moment we started the program at LAFD, I began to see the benefits on a personal level as well.

What is the importance of mindfulness for allowing first responders, like firefighters, to thrive in high-intensity, high-adrenaline environments, while at the same time helping build strength and resiliency?

Mindfulness and yoga allow for a "stress break" and present a valuable tool to add to the stress management package that first responders need to survive in a profession that has a long trajectory in terms of its career span (usually 20-30 years). First responder work also happens to be rated the most stressful job in the nation. (The Most Stressful Jobs of 2015, CareerCast.com; Most (and Least) Stressful Jobs for 2015, Business News Daily.)

In one segment -- about three shifts over a week -- firefighters may witness and experience more trauma, loss, death, and destruction than the average person might see in a lifetime. It is for this reason that yoga and mindfulness become a critical factor in allowing this population to "vent off" excess stress, reduce hyper-vigilant response patterns, and build positive resistance to the harsh and negative effects of stress. We call that process of building resistance and psychological strength "resiliency." Resiliency is an essential component to dealing effectively with a career in the fire service.

Has the application and effectiveness of your program been evaluated? Is there an evidence base for the benefits of yoga for this population?

Yes, we've done some preliminary pencil and paper survey questionnaires and found that the participants rated the program's effectiveness very highly! However, the sample size was small. We need larger groups to study, utilizing a controlled scientific method. What we can do, however, is extrapolate from the current statistics available for military populations, which suggest very positive reductions in PTSD and other stress-related symptoms. A recent study published in The European Journal of Preventive Cardiology has very encouraging things to say about yoga's cardiovascular and stress-reducing effectiveness, which can likely be applied to this population as well (Chu, Gotink, Yeh, Goldie, & Hunink, 2015).

What is the greatest obstacle in mindfulness classes becoming a regular feature in fire departments?

It's simply getting over and beyond the stigma of yoga, and the misunderstandings that have been created by "silly" stereotypes that have been used in the media and in films and television. Once a department or an administrator looks at the program either in a video or in an actual class, they will see the effectiveness and power of it immediately. As mentioned in the recent cardiology study, yoga has a distinct advantage over traditional exercise programs utilized in the fire service. With budgets stretched to their limits,"Yoga has the potential to be a cost-effective treatment and prevention strategy given its low cost, lack of expensive equipment or technology, potential greater adherence, health-related quality of life improvements, and possible accessibility to larger segments of the population." (Chu, et. al. 2015)


What advice would you give to anyone who would like to volunteer teaching a weekly class at a fire department?

You need to be prepared for some resistance, and you need to be very professional and "down to earth." Don't use yogic jargon. You need to be familiar with fire department culture. If you don't understand it or know it, get someone who is familiar with it to sit down with you to explain it. Then take time to get to know the culture before you step into it. Take a class that prepares you to work with this population.

What should fire department administrators know about the Yoga for First Responders program?

They will be getting a cost-effective, comprehensive program of stress reduction and cardio-fitness that will outdo most standard fitness programs for reducing job injuries and increasing physical and psychological resiliency among their employees.

It will be effective for both their civilian as well as uniformed members. In our test program at LAFD, we mixed our program and allowed civilian members to join our uniform members. It worked beautifully, and added to the cooperative understanding between the two groups.