Muslims around the world are now well into Ramadan, the holiest month on the Islamic calendar.

During this special month, which began on May 26 this year, Muslims are encouraged to fast from food and water during the daylight hours. It’s certainly a tough physical trial, but there are spiritual and emotional challenges to consider as well. Muslims are also asked to abstain from lying, gossiping, arguing, and other bad habits during Ramadan and to increase their focus on charity.

On top of all the challenges that are built into the month, America’s 3.3 million Muslims are entering Ramadan this year against a backdrop of political and social tensions. Islamophobic political rhetoric has become all too common, and hate crimes against Muslims are spiking. Muslim communities are worried about the safety of their worship spaces and the safety of their children.

But if you ask, most Muslims will tell you Ramadan is their favorite month and that they readily take in all the challenges in excitement and good faith. It is a month of reflection and spiritual devotion as well as a time to gather with family and friends.

If you want to be a good ally to your Muslim friend this year, there’s no better time to start than during Ramadan.

Finding out that a friend is observing Ramadan can lead to some awkward situations, especially around the office. How should you react? Is it okay to eat in front of a friend who is fasting? What’s the best way to show your support during the month, as an ally?

HuffPost posed these questions to a few Muslims in our network. Below, we’ve gathered 5 pointers on how to best the best support system you can be with your Muslim friends and co-workers during this holy month.

If you’re curious about the significance of Ramadan and about how Muslims partake in it, here are a few pointers that will, as one contributor put it, help “minimize awkwardness and maximize good will, karma, and halal brownie points.” Your Muslim friend will surely appreciate it.

1. Ramadan is a holy month for a reason.

“You should know historically why Ramadan is so special. Ramadan is the holy month of fasting in Islam and we believe that’s the month the Quran was revealed to Prophet Muhammad and mankind.  Remember when Beyonce dropped that unannounced album and EVERYONE lost their damn minds? That’s kinda like what happened when the Quran dropped.  Beyonce’s album went like triple platinum, the Quran went like 500 million times platinum.” - Aman Ali, Comedian, Filmmaker

“Ramadan gets a lot of headlines for the elaborate foods and some sensationalistic stories about millions of folks voluntarily abstaining from food and drink. However, it’s a spiritual state of mind. In addition to the fast, Muslims are trying their best to connect with God and emerge as better, more empathetic, generous and spiritual individuals by the end of the month. That means talking less smack about your obnoxious co-worker, showing patience towards your elderly parents, giving more money to charities, tolerating your annoying relatives and trying your best to ignore the slights, disses and hate thrown on you by some political personalities and parties. You don’t have to fast to improve yourself.” - Wajahat Ali, Creative Director of Affinis Labs

2. You don’t have to identify as Muslim to partake in it.

“You can be an ally by picking a day to fast! I know lots of non-Muslims that have joined in to experience what it’s like for a Muslim to fast. Some have failed and others have succeeded in fasting the entire day! But at least you tried and have said that you really know what it feels like to fast during the holy month of Ramadan.” - Leah Vernon, writer

“The iftar, opening of the fast at sunset, is such a beautiful, serene time, where families and communities come together, that it makes any hardship we may have felt during the day worth it all. Try to attend a community iftar one day and witness the calm satisfaction experienced by everyone when they take their first bite of the date fruit and their first sip of water.” - Emaan Moosani, Program Director, Muslim Community Network

3. There are some things you can do help make it easier. (You don’t have to, but it would be appreciated!)

“You can eat in front of us while we fast. No need to apologize for doing so. However, it’s always appreciated when you do [apologize]. Much like when you reach for the bill but someone else pays instead. It’s the thought that counts and it goes a long way. However, moaning loudly in ecstasy while drinking a cold, refreshing milkshake on a scorching hot day and passive-aggressively lamenting that your Muslim colleague/co-worker/friend in front of you can’t appreciate the dairy glory is definitely not recommended and a sure-fire sign you might be a terrible human being.” - Wajahat Ali, Creative Director of Affinis Labs

“Since fasting means no eating or drinking for Muslims during Ramadan, that means as the day goes by a fasting Muslim’s energy gets lower and lower. As an ally, whether in the workplace or at home, make sure you hold off on placing stressful tasks or situations on that person.” - Leah Vernon, writer

4. Not all Muslims participate in the same way.

“Not every Muslim fasts in Ramadan. There are plenty of physical and mental health reasons reasons why people don’t fast, including pregnancy and breastfeeding. And, those who are menstruating don’t fast either. That doesn’t mean they aren’t observing other facets of Ramadan. Don’t ask why people aren’t fasting. But do ask them to join you for a daytime meal and enjoy!” - Hind Makki, Interfaith Educator

“You don’t have to feel bad that we are fasting all month. It’s not as hard as it sounds! We do feel hungry and thirsty sometimes, but get to eat breakfast and dinner, so we really only are skipping lunch. Please don’t make lunch plans this month, but we’re always up for a late dinner!” - Emaan Moosani, Program Director, Muslim Community Network

“Rather than quizzing Muslims about dealing with everything they cannot do, ask them about what Ramadan means to us.  What our favorite memories are, how we love to celebrate during this month.   And listen carefully to how we talk about the need to connect the work to purify our own hearts internally to working to uplift suffering around us externally.” - Omid Safi, Director of Duke University’s Islamic Studies Center

Some responses have been edited for length and clarity. 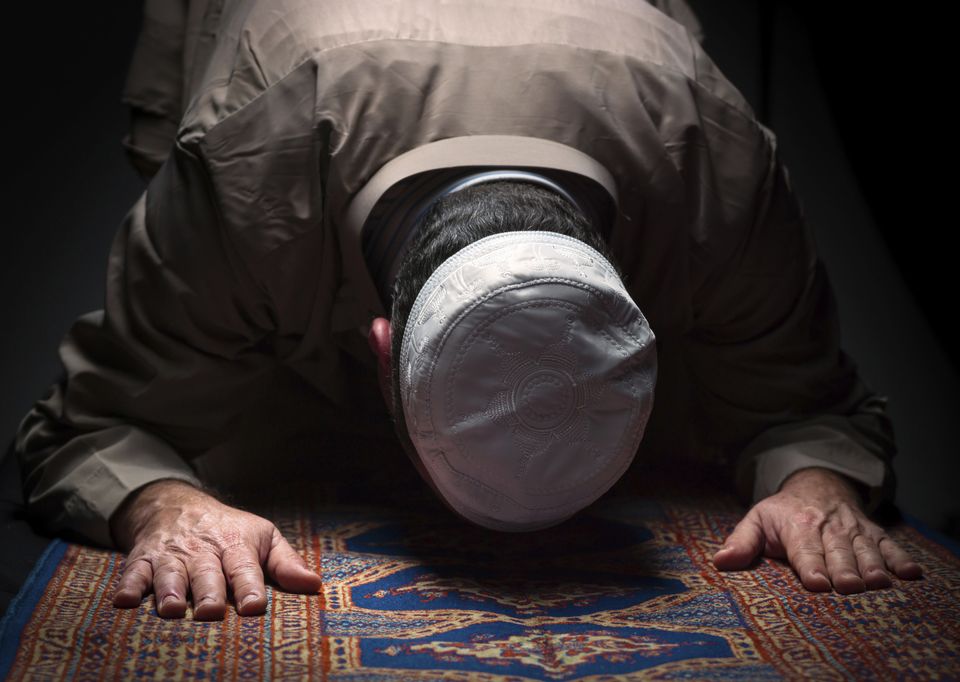 1 / 9
It's a time of spiritual reflection, not just fasting.
Many Muslims experience Ramadan as a time of deep spiritual reflection and personal growth. Fasting from bad habits &ldquo;affords the peace of mind that allows you to think clearly and rationally without being clouded by overwhelming emotions,&rdquo; <a href="http://www.faithstreet.com/onfaith/2015/06/16/10-things-i-wish-everyone-knew-about-ramadan/37172" target="_blank">wrote Muslim Public Affairs Council fellow Marwa Abdelghani</a>. &ldquo;It allows you to be productive instead of spending time thinking about grievances in your life that can make you angry or depressed. Ramadan is an opportunity to forgive, let go, and focus on what is most important.&rdquo;
Juanmonino via Getty Images