"It is clear that this was a terrorist plot," said US Attorney General Eric Holder of the recent New York Times Square incident in which a young Pakistani-American attempted but failed to detonate a second grade home-made bomb.

Some reports suggest that Faisal Shahzad, a happily married 30-year-old father of two with a master's degree in Business Administration may have "snapped" after having recently lost his suburban home to foreclosure. Other reports suggest a political motive, mostly that he sought revenge for the US military drones that have claimed a significant number of civilian casualties in his native Pakistan, but also that he may be reeling against the lingering Bush doctrine and the Iraq war. Others yet suggest that he was radicalized and co-opted by Al Qaeda or a similar group. 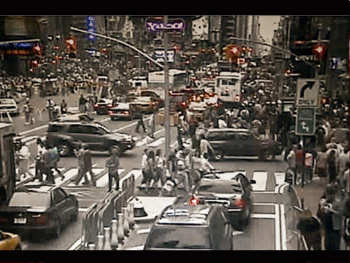 Faisal may have been motivated by any one or all four of the above; investigations are still pending. But whatever his motive, one thing seems fairly clear: he planted a bomb with the intention of inflicting physical harm against a civilian population. Eric Holder is correct; this is an act of terrorism.

To their credit, American Muslim organizations did not wait for Holder's conclusion to speak out. CAIR, MPAC, MAS, ISNA, and others immediately issued statements and held press conferences in which they condemned terrorism in general and the Times Square bomb incident in particular. For them, it was important to publicly register a zero tolerance policy for radicalized behavior emanating from members of the Muslim community -- even if basic logic dictates that Faisal's actions are of his own doing and should not reflect on the larger Muslim community.

Of course, American Muslim organizations were not the only ones talking. The national and global news media were abuzz with headlines, emerging reports, expert analysis, and condemnations. Elected officials, terrorism analysts, and think tanks rallied to have their say.

All this is well and good.

But what happens when a similar scenario takes place only a few days later and with only one minor difference: that the target of the bombing is an American Mosque? What if the bomb actually goes off?

Chances are news of this incident did not even make your paper or favorite news show, so let me briefly take you to Jacksonville, Florida where an unidentified man trespasses on mosque grounds and detonates an incendiary device that successfully goes off causing a blast and igniting a fire.

It was a dangerous device. Had anybody been around it they could have been seriously injured or killed. We want to emphasize the seriousness of the thing and not let people believe that this was just a match and a little bit of gasoline that was spread around.

That kind of weapon could also mean terror charges for the person arrested for the crime, carrying a lifetime sentence in federal prison.

To their credit, Jacksonville's Mayor and its FBI unit are taking the incident seriously. The local media has also given it some play.

But this is much more than your average local village prank, this is a potential act of terrorism. 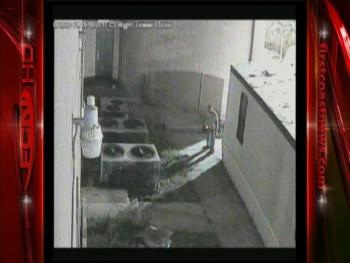 With that in mind, the question must be asked: where is the national media buzz, the expert analysis, the condemnations? Where is the statement from the White House and Eric Holder? Where is the outrage from our national security, terrorism, and civil rights watchdogs?

Failure to take this incident seriously by our national press, elected officials, and community organizations sends the message that a bomb attack in this country is not such an alarming prospect so long as the target is "them."

That's right, the passive response to this act of terrorism at worst, hate crime at best, has "it's just them" written all over it.

Hate crimes against mosques in this country, including violent crimes, are on the rise; interestingly, so is anti-Muslim expression in our media, churches, and political establishments.

Do we dare connect the dots?

Do we dare investigate whether there is a politicization element in the motive or goal of the guy who planted the bomb at the Jacksonville mosque with the intent to maim and kill? And if the FBI dares to say yes, do the media and the think tank groups then dare to ponder the nature, machinations, and consequences of an "anti-Muslim radicalization" process taking root in our society?

Every day, concerned experts in government and media circles gather to ponder the effects that anti-American preachers have on young disgruntled Muslims - a valid concern no doubt.

But do we dare explore the effects that radical American pastors have on their followers, when they write Islam off as a "wicked and evil" religion or call upon Christians to wage a "war" against the "false religion" of Islam with the aim of destroying it? Do we dare ponder the effects this rhetoric is certain to have on disgruntled members of their loyal congregations who otherwise have little knowledge of Islam and little interaction with Muslims? Do we dare assess the unabashed incitement gushing out of the end-of-times Christian TV and radio shows that brainwashes audiences with the belief that the Muslim stands between the Christian faithful and the return of Jesus?

Do we dare ponder the consequences of the recent rise of anti-Muslim citizen groups such as ACT! For America or Stop the Islamization of America (SOIA) whose founders harbor a documented history of racism and bigotry but who nonetheless rally their neighbors (including most recently in Jacksonville) to hate and paranoia under the guise of free speech heroics?

Do we dare ponder the "otherization" of Muslims even from the least probable sources including progressives such as Bill Maher and neutrals such as Anderson Cooper whose recent smirk-filled, generalization-laden exchange contrasting "Muslims" with "Americans" (broadcast on "the most trusted name in news" that seeks "to keep them honest") came down to a comparison between "over there" and "over here," and a bewailing of "that desert stuff"? Do we dare consider that what was even more alarming than the exchange itself was that few people found it alarming?

If we did dare to ponder, we may find that we are surprisingly lax when it comes to anti-Muslim violence in that we do not even consider the question whether or not it is politicized violence, let alone the answer.

Increasingly, there are data, trends, and other reasons to believe that acts like the Jacksonville bombing are not just "hate" crimes but a violent response to an emerging succinct anti-Muslim political discourse.

If so, if it is a violent act, against a civilian population, with the intent to incur death and destruction, and with a political motive or goal, then it is automatically an act of terrorism.

Acknowledging this, we may then be better equipped to protect that segment of "our" citizens within the auspices of our existing counter terrorism measures.

Some may think that my argument is far-fetched. But consider that more Americans have died since 9/11 from attacks of the "Jacksonville sort" (the type we seem content to gloss over), than the "Times Square sort" that rightly concerns us but which since 9/11 has thankfully claimed zero lives.

So long as we assume an exclusive association between terrorism as a tactic and Muslims as a faith community, we create for ourselves a false impression of causality, rather than correlativity. This is simply inaccurate and self-delusional. To continue to delude ourselves is to undermine our chances of successfully confronting and defeating the general threat of terrorism wherever and whenever it appears.

Our stance against terrorism ought to be a morally principled one, drawn from our commitment to a safe, free, and just society. If we allow ourselves to politicize our fight against terrorism, purposefully or unwittingly, we lose our credibility in this fight and the moral grounds upon which it is drawn.

It is of vital importance that our stance against terrorism be rooted in law and order and not dub as a self-fulfilling prophecy, a faithline war with pre-designated villains and victims.

Muslim leaders are often called upon to condemn terrorism. That we do without qualm or reservation. What is overdue however is a commitment from all Americans - government, media, and people - to condemn all acts of terror with the same strength and vigor and without favoritism to faith or political affiliation.

Terrorism designation ought to classify acts not peoples.