A federal judge struck a blow Wednesday against the Trump administration and handed a victory to civil rights advocates who are fighting to end separations of migrant parents and children at the U.S. border.

In the ruling, which allowed the suit to move forward, the judge wrote that the practice described in the suit “arbitrarily tears at the sacred bond between parent and child.”

“Such conduct, if true... is brutal, offensive, and fails to comport with traditional notions of fair play and decency,” he wrote. “The facts alleged are sufficient to show the government conduct at issue ‘shocks the conscience’ and violates Plaintiffs’ constitutional right to family integrity.”

The ACLU filed the suit in February on behalf of a Congolese woman who crossed into the U.S. with her 7-year-old daughter to seek asylum only to then be separated and detained over 1,000 miles apart, according to the group. The ACLU’s suit is seeking a nationwide injunction to stop the government from separating families at the border, arguing that it violates the Fifth Amendment’s right to due process.

The Trump administration’s policy of separating migrant parents and children at the border has sparked nationwide outrage in recent weeks and brought condemnation Tuesday from the United Nations human rights office.

Mr. President, the only “horrible law” is YOUR policy. YOU have the power to change it. If you saw what I saw today, you would.

Never before has America deliberately inflicted cruelty on children to deter asylum seekers from finding refuge here. Never. And we never should. https://t.co/WRTUyNOesr

As early as December, reports emerged that the Trump administration was considering a policy of separating migrant parents from children in detention centers. In May, Attorney General Jeff Sessions announced the new policy, through which the administration would increasingly prosecute members of immigrant families who crossed the border illegally ― even if that meant splitting children from parents, regardless of whether they were seeking safety in the U.S.

Previously, families that crossed illegally together generally faced deportation proceedings in civil court. But under the new policy, all people who cross illegally are referred for prosecution ― meaning parents get sent to jails run by the U.S. Marshals Service and children are placed in the custody of the Office of Refugee Resettlement, which is responsible for finding unaccompanied minors a sponsor to live with but now is taking charge of these children too. Some parents who have been separated from their kids through this process have then been unable to locate their children.

“In the most forceful language, the court rejected the Trump administration’s claim that the Constitution permits it to engage in the inhumane practice of tearing little children away from their parents,” the ACLU’s Lee Gelernt said of Wednesday’s ruling in a statement to the media.

ACLU Suit Over Family Separations At Border Allowed To Advance
Hundreds Of Families Reunite At U.S.-Mexico Border For 'Hugs Not Walls' 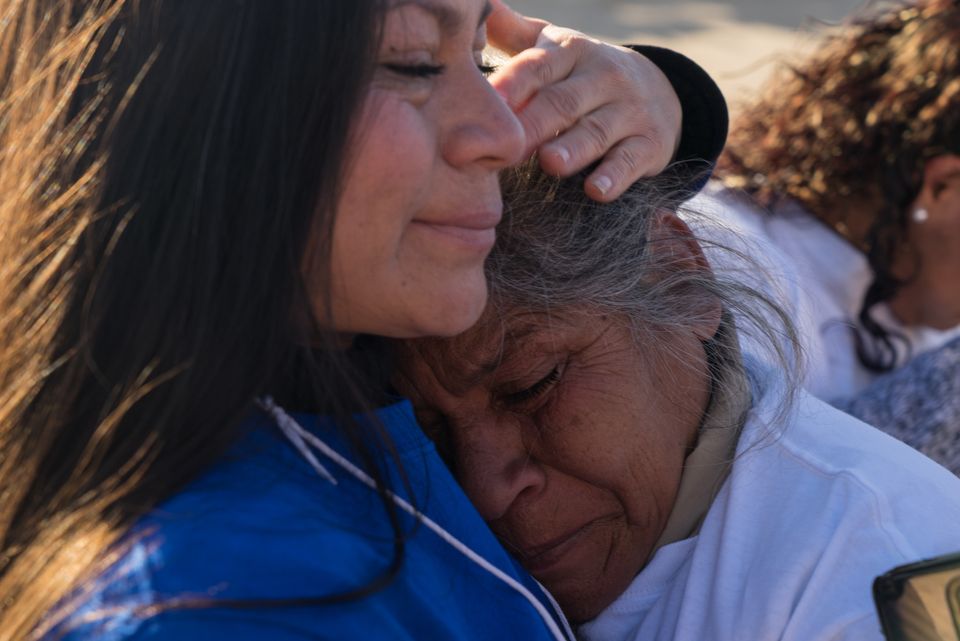