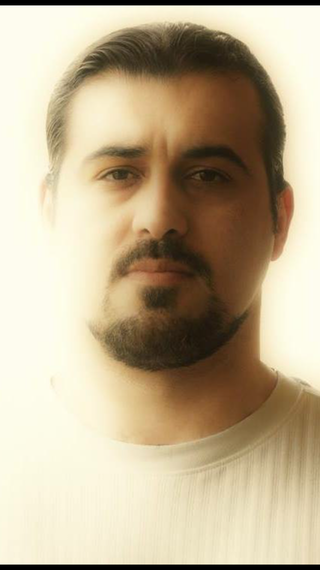 In preparation for my first meeting with famed activist, Ahmad Batebi I read up about his involvement with the student reform movement, his participation in the demonstrations and his subsequent arrest. I read whatever was publicly available about his nine years in prison, the isolation and the torture he endured for holding blood-drenched shirt that famously appeared on the cover of The Economist and marked him as an icon of human rights. To me, as a naturalized American citizen, I compared Batebi and other Iranian prisoners of conscience to US war veterans who sacrifice their youth, physical and mental health, and connections to their family to defend their country. Simply put, I was honored.

When we met, I asked if he had considered writing his memoirs for a book or film project, but he answered me with a brief no and move to other subjects. I persisted, explaining that his story could help to raise awareness about the struggles of young changemakers in Iran and that his courage and perseverance could inspire many mainstream audiences. And, as someone who already has paid a hefty price, spending nine years in jail where he endured torture and isolation, it seemed reasonable for him to enjoy some financial return. After all, the Islamic Republic was never going to pay reparations for those losses! However he strongly dissented, explaining with a tone that combined pride and frustration, "I don't want to make money from my past."

Since that first meeting, time and again, I have came to recognize that what drives Batebi is an intense passion for justice and a deep compassion for the beleaguered people of Iran. He manages several human rights ventures, operating these non-profits at minimal budgets and overhead costs. As a board member of these organizations, evidenced by tax fillings, he is legally precluded from earning a salary; he even pays out of pocket to cover deficits.

Several months ago, Batebi was approached by a group that was later identified as Citizens for a Nuclear Free Iran (CNFI). He was given an opportunity to provide a personal account of experiences and human rights violations he had endured. Many torture victims suffer from post-traumatic stress disorder (PTSD) that inhibits their desire or ability to talk about their past. But Batebi saw this as an opportunity to offer himself as an example of the ongoing abuses that plague the Iranian people, with the hope that human rights concerns could be injected into the public conversation about the nuclear agreement with Iran. He blocked days out of his schedule and provided hours of footage, showed them his wounds and talked about his experiences.

Unlike many outspoken Iranians living in exile, it is difficult to classify Batebi in the oversimplified taxonomy of "pro" or "anti" deal category. He is vehemently against the regime that restricts freedom of expression and promotes inequality. But he also strongly opposes sanctions that burden the working class and limit social mobility for the poor. Nonetheless, he is skeptical that sanctions relief will benefit the people who desperately need this financial resources.

Weeks passed and finally the ad debuted. It depicted Batebi's abridged but sobering account of a mock execution. The ad displays a printed message at the end of one of Batebi's statements. The message is intended to encourage viewers to ask their lawmakers to vote against the nuclear agreement.

Days after the ad's release, it was revealed to Batebi that the campaign was an initiative of CNFI, a partner organization of AIPAC. Batebi was stunned by the revelation, and the subsequent flood of ad homenim attacks directed at him.

In a chain reaction, scores of belligerent Iranians resorted to Facebook and Twitter to attack Batebi with insults, slander, and threats based on his perceived affiliation with AIPAC. Of course, Batebi was never directly in contact with AIPAC nor was he aware of their involvement with the campaign. Nonetheless, the slander was relentless as well as vicious in tone and volume. Some called him member of the MEK, the controversial terrorist group (albeit now delisted by the State Department) that opposes the regime. Many called him a Zionist, a criminal offense in Iran. Others rumored that he personally profited from the ad.

Even the BBC and a reporter on Voice of America, the U.S. government affiliated Farsi language network which evidently has been curating and editorializing content in favor of the nuclear negotiations joined the bandwagon of allegations and attacks, making "news" out of 'who' Batebi is working with, but not 'what' he's actually saying. By and large, the attacks sought to delegitimize Batebi as a person, calling his supporters "hero worshipers" and taking cheap shots, questioning which torture treaty the Islamic Republic had signed.

But Batebi treated each attack as an opportunity, a moment to educate his attackers and presented a new perspective in them. In one response, Batebi wrote what could be roughly interpreted as, "from the rocks you throw at me, I'll build a shelter where I can stand."

Interestingly, Batebi shared with me that, despite his frustration with the ad, he was resolute and that he stood by its message. He said, "I won't back down under pressure. I affirm my message of human rights regardless of the politics and will take the burden of these attacks. In the end, history will prove me right."

After our conversation, I thought about many Iranians that I know. Many hold complex opinions about the deal based on their knowledge of the issues and their personal experiences. They tend to feel a mix of hope, excitement, concern, and anger. These are peace loving individuals who deeply care about the well-being of their brothers and sisters in the country and could not bear to see an inch of the country under foreign attack. Yet they wince at the prospect of normalizing relations with a government whose authoritarian rule has plagued the country for decades. Many of these perspectives were excluded in negotiations that solely focused on one agenda item -- managing Iran's nuclear ambitions. Those who mustered up the courage to speak up and express themselves online often were viciously attacked in a manner similar to what Batebi has experienced.

Many of these struggling voices have surrendered to the threats and intimidation, ultimately fading away. But I think Batebi is here to stay. At one point in our discussion, he talked about the present by alluding to his past imprisonment, noting that he has endured much worse circumstances of pain and anguish where "even God wasn't there, let alone an ally."

He continued "I don't hate my opposers, I learn from them and, if I know something, I adamantly try to inform them. I don't hate them."

His enduring voice and humble message seems like wise counsel for all sides to consider during these heated times.