HONG KONG, Aug 16 (Reuters) - French “spiderman” climber Alain Robert scaled a 68-story skyscraper in Hong Kong on Friday to hoist a flag symbolizing reconciliation between China and the territory as weeks of escalating pro-democracy protests show no signs of abating.

Using his bare hands and without a harness, Robert clambered up Cheung Kong Center located in the central business district and secured a large banner on the building’s exterior.

The sign positioned China’s flag in the left-hand corner with Hong Kong’s flag on the right side. Underneath was a yellow hand shaking a red hand on a white background to signify peace.

Robert’s climb comes as more mass demonstrations are expected through the weekend. China has likened the protests to terrorism and warned it could use force to quell them, as U.S. President Donald Trump urged President Xi Jinping to meet with protesters to defuse weeks of tension.

It was the third time Robert climbed the Center, which is owned by Cheung Kong Holdings. He was banned from climbing buildings in the former British colony for a year last August. His ban ended two weeks ago.

Dressed in bright hues of purple, pink and green, Robert was arrested after the climb and taken to a nearby police station.

He often climbs without permission and has been arrested several times, sometimes for trespassing.

Ten weeks of confrontations between police and protesters have plunged Hong Kong into its worst crisis since it reverted from British to Chinese rule in 1997, and have presented the biggest popular challenge to Chinese President Xi Jingping since he came to power in 2012.

The protests began in opposition to a now-suspended bill that would have allowed the extradition of suspects for trial in mainland China, but have swelled into wider calls for democracy.

More than 700 people have been arrested since the protests began in June, and tear gas has frequently been used by police in attempts to disperse protests across the city. 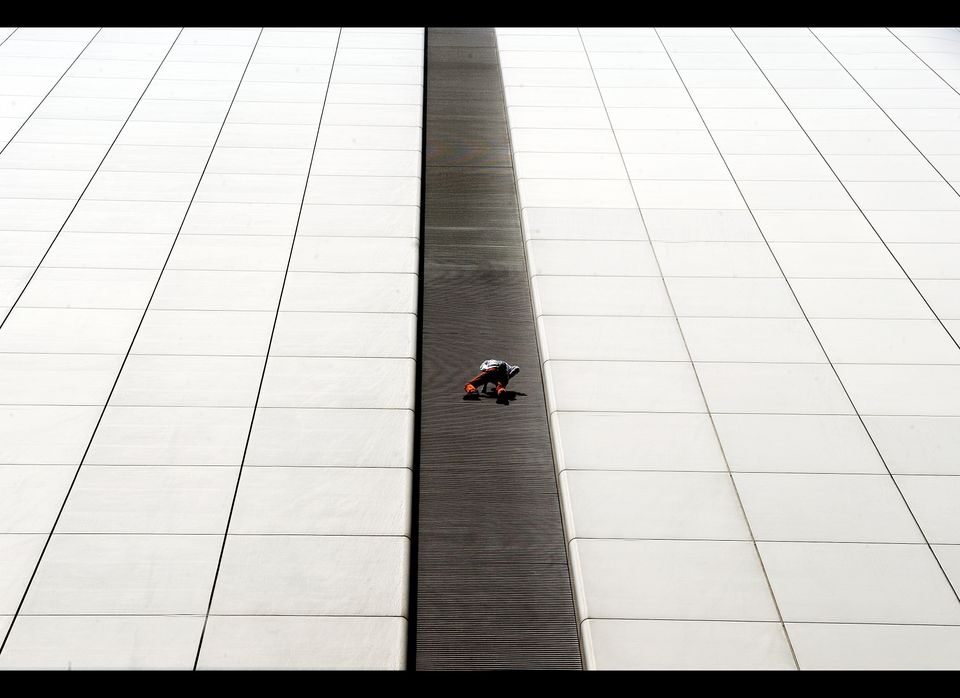