I'd like to share a brief bedtime story -- actually, it's a story about a character in a bedtime story. It's about one of Dr. Seuss's enigmatic little creatures, the Chippendale Mupp, who is featured in his classic "Sleep Book." The Mupp is a sharp-toothed furry fellow with an impossibly long tail. As a part of his bedtime routine, this weird little beast bites down hard on the end of its own tail. 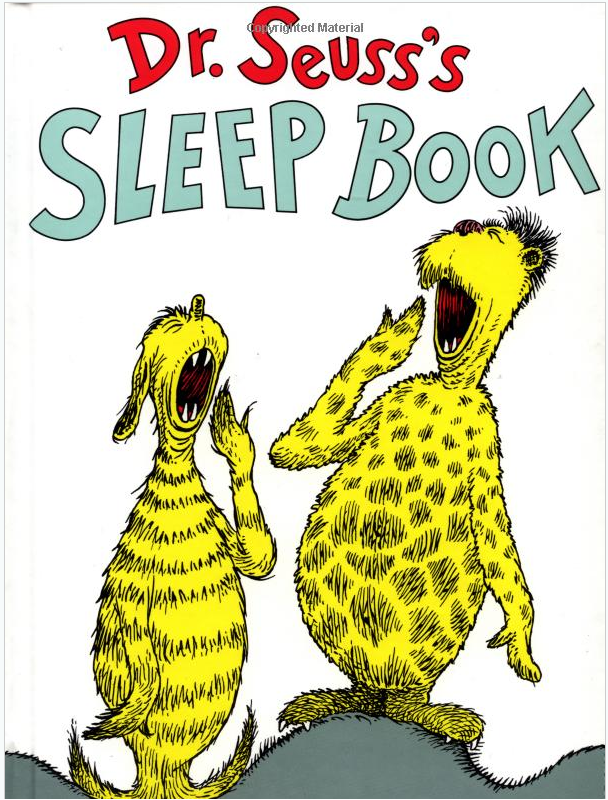 Seuss informs us that:

His tail is so long, he won't feel any pain,
'Til the nip makes the trip and gets up to his brain.
In exactly eight hours, The Chippendale Mupp
Will, at last, feel the bite and yell, "Ouch!" and wake up.


What a revealing parable about the alarm clock as a self-inflicted pain in the rear! Even more so, this is a story that calls our attention to the subtle intentions we bring to bed with us.

A National Sleep Foundation poll found that slightly more than half of all adults felt they "needed" an alarm clock to get up in the morning. Nearly 70 percent of young adults aged 18 - 29 felt this way. I think of such routine dependence on alarm clocks as a serious and as of yet unrecognized sleep disorder -- "Bedtime Tail-Biting Behavior."

It's been said there is no hope for a civilization that starts each day to the sound of an alarm clock. Though this may be overstated, it's clear that the alarm clock is a ubiquitous symbol of our cultural regimentation and widespread devaluation of sleep. Awakening to an alarm all but guarantees that our sleep will be artificially truncated, predisposing us to wake up on the wrong side of the bed. If you routinely wake up with an alarm clock, you are never getting your full allotment of sleep. Would we consider setting a timer to artificially limit dinner or love-making? The alarm goes off and -- ready or not -- you're done.

When we get into bed, too often our intention is not so much directed at going go to sleep, but going through sleep to the next morning's awakening. Most of the thousands of folks I've informally polled over the years admit that when they slip under the covers and close their eyes, they do not set their sights on a descent into the sea of sleep. Instead, preoccupied with thoughts about the next day, they snorkel their way across to the shoreline of tomorrow morning's awakening.

We've lost our regard for and bearings around sleep. For too many, ongoing nightly skirmishes with insomnia have left them inured to sleep's wonder. Others are distracted by the seduction of waking life and have forgotten how incredibly sweet and rejuvenating a good night's sleep can be. Too many of us just close our eyes and hope for the best.

Think about where you go when you go to sleep. As you slip into bed and pull the covers up, what occupies your thoughts? What are your intentions in those moments? And what happens to you -- to your sense of self? These are important yet rarely considered questions that define our basic relationship with and personal experience of sleep.

How can we get up on the right side of the bed and break the nasty habit of Bedtime Tail-Biting Behavior? First, plan to pay off any sleep debt you might be carrying and resolve to routinely get to bed early enough so that you'll obtain sufficient sleep. Doing so could eliminate or significantly reduce your dependence on the alarm clock. If you still feel you need to routinely set an alarm, consider some of the newer and gentler alternatives such as dawn simulators that awaken you gradually with increasing light.

Second, practice a mindful approach to sleep. When you slip into bed, focus on the treasure of tonight's sleep, not tomorrow's waking. Instead of thinking about what you will do in the morning, surrender to the mystery of the present night, enjoying your swim in the sea of sleep with its wondrous dream fish. Instead of awakening in the morning to an alarming "ouch!" -- practice coming to gently and gradually, intentionally carrying the serenity of sleep and the enchantment of dreams with you into your new waking day.