If you’re getting down and frisky, it’s usually a good idea to have some background noise going to keep everybody comfortable.

And it just got a lot easier to keep the rhythm going when something unexpectedly pops up (we’re sorry): SKYN condoms is offering a new skill for Amazon Alexa that allows you to set the mood.

The skill, un-ironically called “Set the Mood,” allows users to “discover the connection between music and sex” by offering “custom curated music from cutting edge DJs.” So, yes, you read that right: Alexa is serving up ambience, y’all!

Set the Mood allows you to choose from up to five different “moods” and you can activate it by asking Alexa to, obviously, “set the mood.” Other prompts include the wildly awkward exclamations “I’m feeling sexy” or “I’m feeling intimate.” We’re all for verbal cues to indicate you’re game to get it on, but telling a machine you’re feeling intimate seems a little strange. Still, the show must go on!

You can also ask Alexa to find you some condoms, which won’t help you if you’re already, uh, in flagrante delicto, but the device will order them for you.

The five different moods offer a variety of playlists, which Uproxx says are “solid uptempo mixes.”

“They tend towards the electronic and dance end of the spectrum... featuring cuts like “Deep In” by Inland Knights and “Touch My Body” by Don Benjamin feat J. Oliver,” the site said.

One reviewer on Amazon gave the function five stars, saying it was “exactly what I was searching for”:

We’d be more impressed if Alexa could be your matchmaker too, but that’s probably a different sort of skill we don’t really want to leave to a device...

At any rate, happy sexy time, friends! May Alexa and SKYN take you to ~ funky town ~ !

If You Tell Amazon's Alexa You're 'Feeling Sexy,' It'll 'Set The Mood'
21 Super Practical Things You Can Buy In Bulk On Amazon 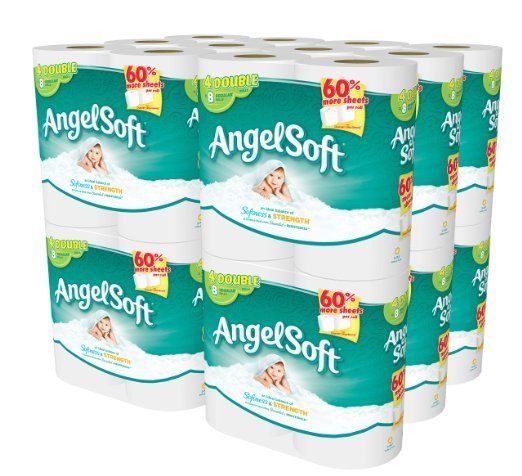