The new Congress has the same religious composition as the old one. Few blame President Obama or Mayor de Blasio for the New York City police murders. And Americans just want to be loved. Is that so wrong? This is HuffPollster for Tuesday, January 6, 2015.

NEW CONGRESS REMAINS OVERWHELMINGLY CHRISTIAN - Pew Research: "When the new, 114th Congress is sworn in on Jan. 6, 2015, Republicans will control both chambers of the legislative body for the first time since the 109th Congress (2005-2006). Yet, despite the sea change in party control, there is relatively little change in the overall religious makeup of Congress, according to a new study by the Pew Research Center. More than nine-in-ten members of the House and Senate (92%) are Christian, and about 57% are Protestant, roughly the same as in the 113th Congress (90% and 56%, respectively)....As was the case in the 113th Congress, the biggest difference between Congress and the general public is in the share of those who say they are religiously unaffiliated. This group makes up 20% of the general public but just 0.2% of Congress. The only member of Congress who describes herself as religiously unaffiliated is Rep. Kyrsten Sinema, D-Ariz." [Pew] 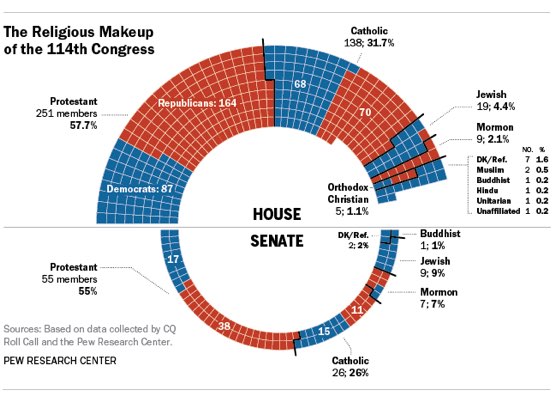 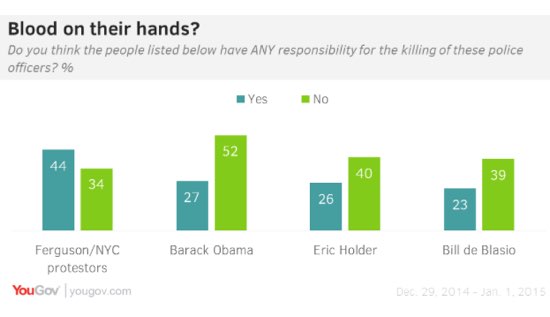 AMERICANS WOULD RATHER THE COUNTRY BE LOVED THAN FEARED - 60 Minutes and Vanity Fair: "Two out of three Americans think that being loved around the world would make the United States more secure and three out of 10 think that being feared would make us more secure. The majority agrees with the Beatles that 'all you need is love' and the minority agrees with the famous Italian political theorist Niccolo Machiavelli who said 'it is better to be feared than loved, if you cannot have both.'...The foreign powers that Americans currently fear the most are ISIS 38 percent, China 29 percent, Russia 19 percent and to a much lesser degree Liberia two percent and WikiLeaks two percent." [CBS] 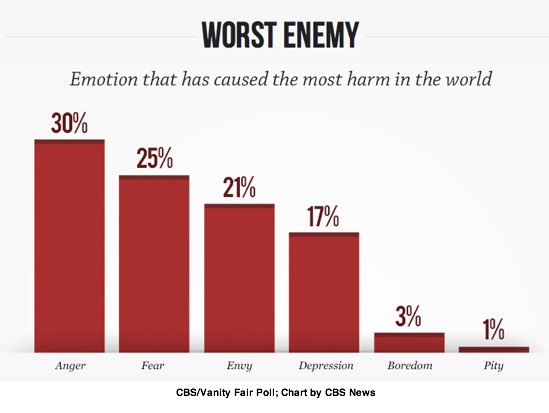 -Harry Enten argues Mike Huckabee would split GOP conservatives and make it easier for a moderate to win the nomination. [538]

-A 20-million-vote majority is a myth, says Sean Trende. [RCP]

-How a U.S. House candidate used data analytics and voter scoring to run up the vote. [Ad Age]

-Where working women are most common, by county. [NYT]