To this day, at least 25% of Mongolia's population lives a nomadic life, and in doing so, they remain fiercely dependent on open land for survival. However, due to the fluctuation in climate in recent years, changes to the landscape have rendered this lifestyle difficult, if not impossible, to maintain. Over the course of the past 30 years, approximately a quarter of the country has turned to desert, with around 850 lakes and 2,000 rivers having dried out. If this pattern persists, the Mongolian tradition that's existed for thousands of years will become extinct. 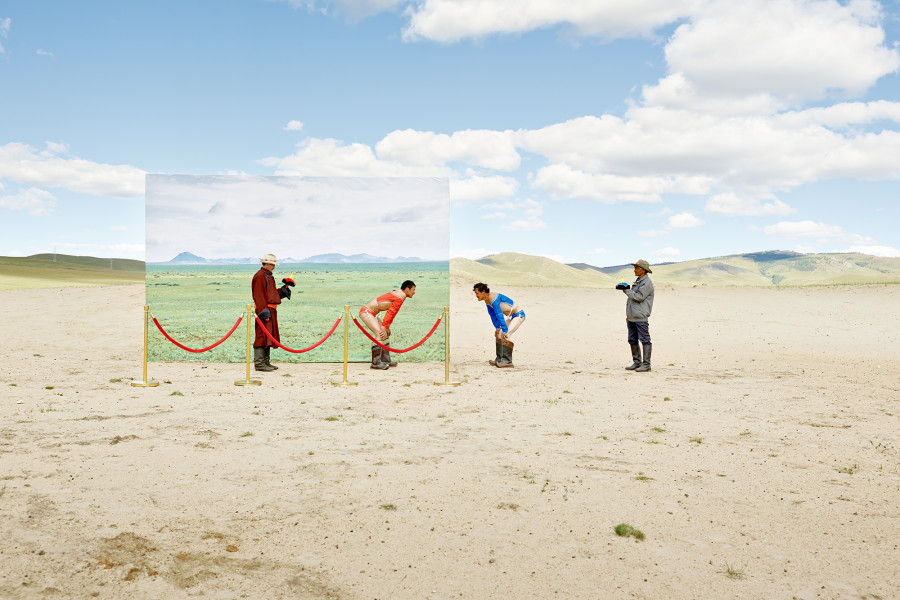 Korean-born photographer Daesung Lee captures the impending desertification of Mongolia, and the threat such a transformation would present to its inhabitants, in a photography series titled "Futuristic Archaeology."

Lee was inspired to create the series after visiting a museum in Paris, he explained to The Huffington Post. He was struck by the paradox of the displayed collections chronicling cultures that have been destroyed, leaving a strange hybrid of preservation and destruction. "These collections had lost their function or meaning by losing the culture or society that they once belonged to," he explained. "I thought nomadic life in Mongolia also will have the same destiny in the future due to climate change caused by our hands." 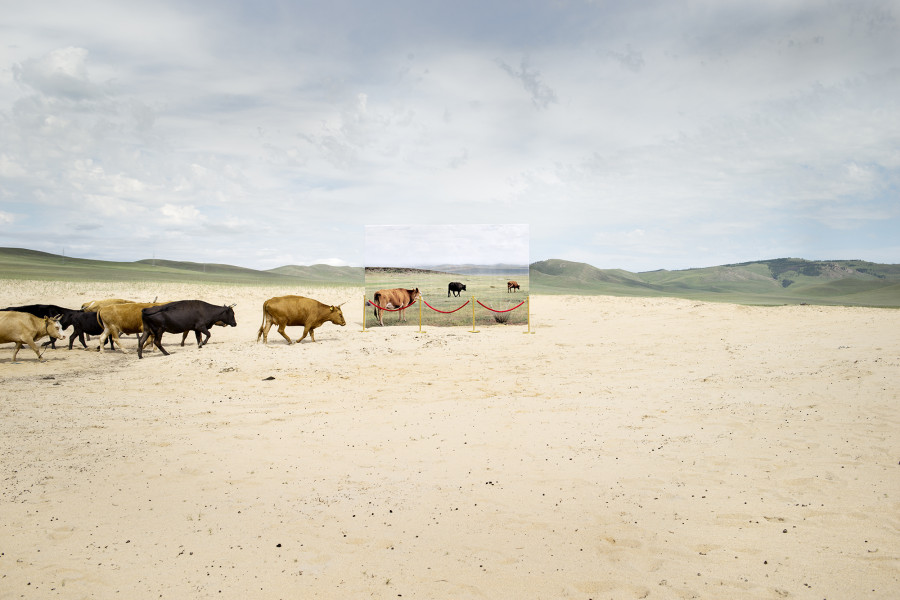 Lee's photographs transform the endangered landscape of Mongolia into a sort of limbo, somewhere between a current way of life and a carefully prepared exhibition peering back at an old tradition. Each image features a billboard with a printed image, stuck in the real Mongolian desert. The billboard operates like a museum display or a diorama -- think the Woolly Mammoth display in the Natural History Museum. By juxtaposing a natural photograph and what appears to be a museum display, Lee captures the precarious position of nomadic life in Mongolia, teetering on the verge of obsolescence.

"This nomadic lifestyle is better alive in an original society or culture than preserved as a fossil in a museum," Lee added. "This climate change impact, we all have a part of responsibility. We will pay for this in the future as long as we do not make efforts for changes." Lee's photos, flattened visions of past and future, combine scientific fact with a surrealist gleam, rendering a fantastical-looking vision that will very likely become a reality one day.

For another one of Lee's haunting meditations on climate change's global effects, check out "On The Shore of a Vanishing Island, Ghoramara," in which Ghoramara's remaining citizens pose alongside what's left of their island home.