A striking return to form, March on Washington puts Diamond District back on the map as one of the most vital voices in hip hop today. Their 2010 debut In The Ruff garnered fans worldwide as well as caught critics's attention, leading to the shortlist for a Grammy. With March on Washington, Diamond District again conquers their goal of revitalizing a golden era of rap based in their unique local flavor.

Diamond District in itself an ingenious arrangement, a hip hop trio out of the Washington, D.C., area that is comprised of where the District, Maryland, and Virginia communities converge. Prolific producer Oddisee, a Muslim of Sudanese descent growing up in the Maryland suburbs, got the idea to bring together a different voice from each part of the DMV. Uptown XO, from more notorious parts of the District, has a strident, charismatic voice; yU hews his Virginia drawl to his flow with infectious precision. Oddisee, well over 6 feet, has the deepest voice, which he knows how to use with drama and urgency. Listening to their distinct voices jump in is itself a one of a kind musical arrangement. 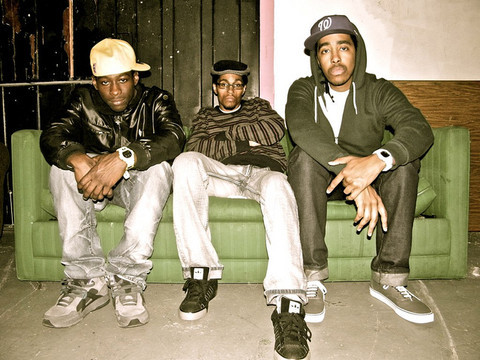 The group takes its name from the shape of D.C. on a map, which resembles a diamond shape, with the White House in the center. The District itself represents an ongoing disenfranchisement of its residents, who still have no direct elected representation: the U.S. Congress supposedly administers municipal necessities, while refusing to even do the job they were elected to do, while District residents can only dream of statehood, like an occupied territory.

Oddisee works producing beats largely off a laptop, with musical guests as he sees fit for his project. He has thrived in reinventing himself for different projects based on the region, from his work with Arkansas rapper Stick Figa to his nostalgic retro instrumentals on Rock Creek Park, the scenic expanse in the heart of D.C. But with Diamond District Oddisee was able to rely on elements of music to sample from and build around that was indigenous to D.C., the go-go music from the early 80's. D.C. has influenced the music scene nationally before, like with its thriving hard core scene, but these go-go hooks fit so naturally with the signature boom bap beats, this outing reflects a suffusion of talent and artistic support that reaffirms the DMV as a hub of talent.

In March on Washington, the lyrics are as fiercely political as you'd expect, searing with timely context in images of a police state running amok with a license to kill. The soulful grooves are like vibrant orchestras from a different time. Oddisee takes his time achieving the sound he wants, and what started years ago as a D.C. answer to Black Star is now confident and purposeful, striving for a classic stature. March on Washington might well prove to be their breakthrough to new fans and hip hop heads alike.

March on Washington comes out October 14 from Mello Music Group.