The post by Dan Amira, headlined, "Now That's Something To Salute," featured a photo of President Obama saluting the marine standing guard outside Marine One as Michelle Obama walked up the helicopter's stairs. It read:

This morning President Obama departed for the G20 summit in London and a week of other meetings around Europe, his first visit since last summer's epic charm offensive. As he boarded Marine One, Obama returned the salute of the marine standing guard ... we think. It also looks like Obama might just be blocking the sun's glare as he checks out Michelle's booty.

Soon after it was published, the link directed to an error page.

New York's Director of Public Relations, Lauren Starke, responded to an inquiry about the post with the following comment:

As you know, bloggers work in a hurry, and occasionally items go up that are not in the best taste. In this instance we decided the best solution was to take the post down.

A screengrab of the post appears below. Judge for yourself: should Daily Intel have taken it down? Take the poll: 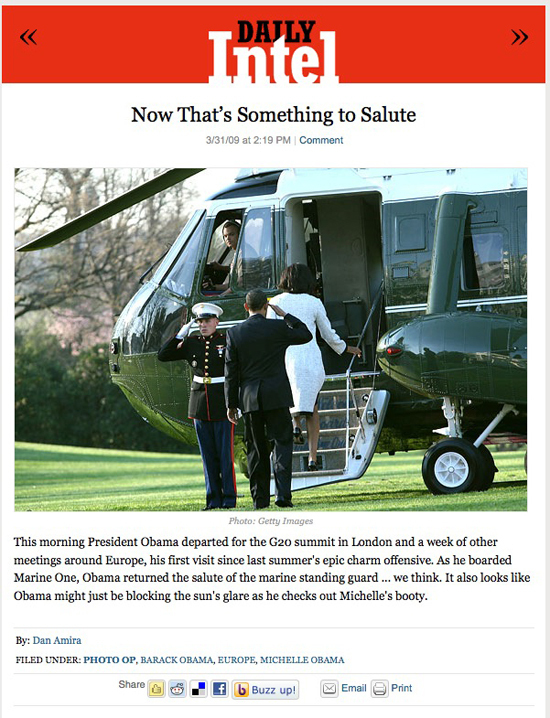