Congress effectively pulled money out of the hands of 47 million struggling Americans last month when it allowed massive cuts to the country’s food stamp program to go through without a hitch.

This was a callous decision. If you’re struggling to remember why, look no further than this chart from a new report by the Brookings Institution-affiliated Hamilton Project: 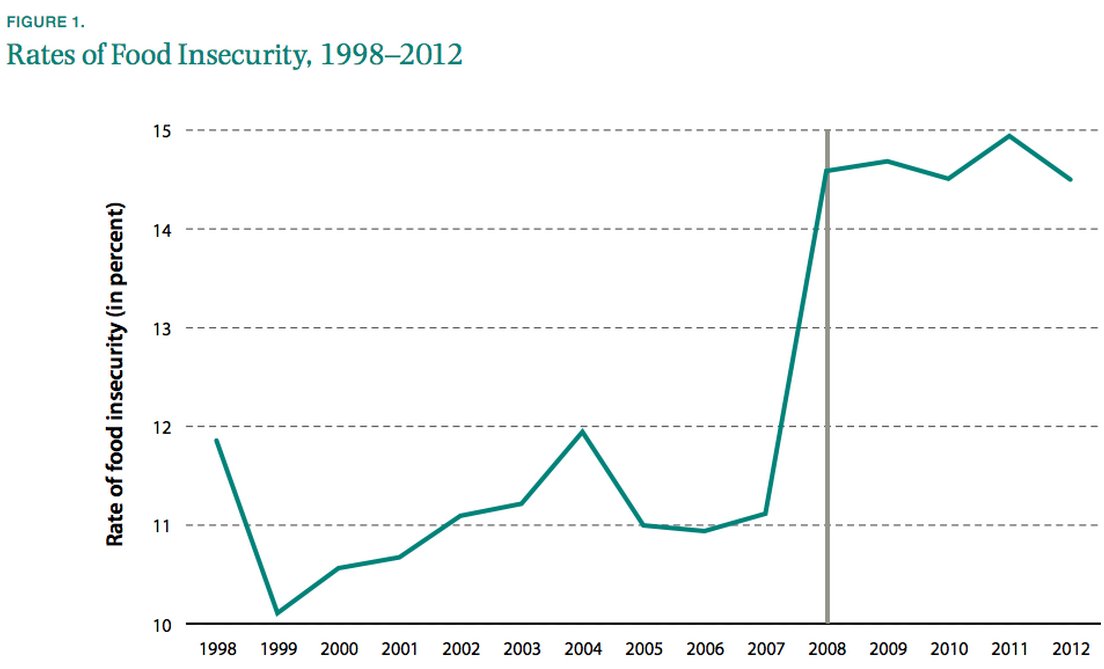 U.S. food insecurity, an official USDA measure based off a wide-ranging survey, spiked around 2008 during the financial crisis and has since gotten worse. Meanwhile, corporations and the stock market have rebounded quite nicely.

Nevertheless, the food stamp program, technically known as the Supplemental Nutrition and Assistance Program or SNAP, just got dealt a $5 billion annual blow, one-fourth more than even Republicans originally hoped for. That translates into a $36 monthly cut for a family of four receiving $668 in food stamps per month.

Republicans have been supportive of such cuts. In a recent HuffPost/YouGov poll, 67 percent of Republican respondents said they approved of the cuts. (Roughly 67 percent of Democrats opposed.)

Critics of the food stamp program claim that the government is too careless with benefits, giving handouts to moneyed, able-bodied adults who don't need them. However, according to a breakdown by The Hamilton Project, 87 percent of households using food stamps have a child, elderly person or disabled person in the home, all groups of people often in need: 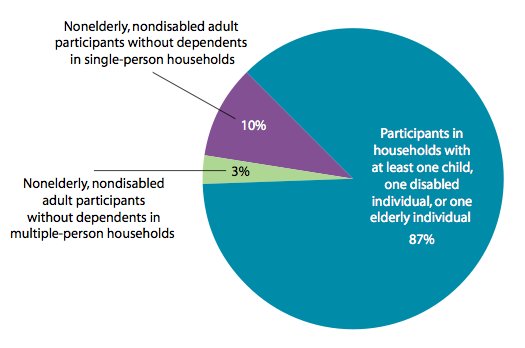 In fact, 91 percent of all food stamp spending goes to families living at or below the poverty line, which is $23,550 for a family of four, according to calculations by the Congressional Budget Office, cited by the Wall Street Journal.