"Today this man is getting his voting rights back."

My friend Maurice Harris remembers the day he heard a judge make that pronouncement. It was 2008, and Maurice had paid $500 for the cost of court filing and legal representation. The prosecuting attorney was arguing in the courtroom that Maurice should not gain his right to vote. The judge, though, ruled in Maurice's favor, just in time for the presidential elections that year. 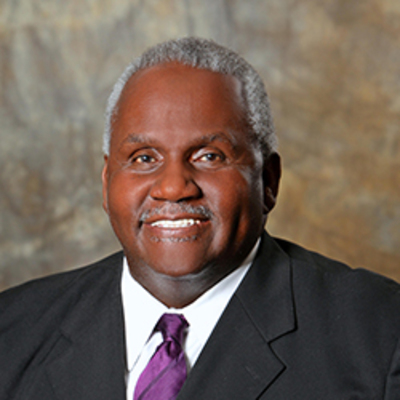 Maurice had lost his voting rights when he was incarcerated. Once he had served his time and returned to our community from prison, he fought passionately to have his rights restored. For Maurice, regaining freedom and regaining the right to vote went hand-in-hand.

Or, as he puts it: "I needed to have that, to be whole. I was working, I was contributing to society, but I wasn't really whole. It makes you feel a part of the community. When I got my voting rights, I really felt whole at that point."

Throughout our country's history, we have denied people the right to vote based on their history of criminal conviction.

Unfortunately, only 15 states allow the restoration of a person's voting rights as soon as a prison sentence is complete. A full 33 states (and the District of Columbia) do not automatically allow people to gain voting rights when they get out of prison. Instead, they impose additional restrictions, post-incarceration, of varying length and complexity. In a dozen states, a person can be banned from voting for life based on a felony conviction.

In Tennessee, for example, people who were convicted of certain serious crimes can never vote again. For the rest, there are three tiers of requirements that must be met. For one, once prison is behind them, they also have to complete their probation and parole - which can extend years and years, and in many cases a lifetime. Secondly, they must have paid of all criminal justice system-related debt. The fact is, though, people who go to prison are likely to rack up tens of thousands of dollars in court costs and fees, in addition to fines and restitution - a debt which is practically guaranteed to never be paid off in full. Thirdly, they must be paid up on child support; this debt will typically have accrued during the entirety of the prison term, and can take years of monthly payments to catch up on after prison.

These can - and do - amount to an insurmountable obstacle for someone trying to rebuild a life.

As a result, nearly 6 million Americans with felony convictions - the majority of whom have completed their jail or prison sentences - are currently or permanently unable to vote because of felony disenfranchisement laws.

There's been pretty clear recognition that felony disenfranchisement laws arose from concerted efforts to suppress the black vote. States' felony bans proliferated especially during the late 1860s and 1870s, at the same time that the Fifteenth Amendment was supposed to be guaranteeing the black vote, and restrictive state laws gained more steam in the Jim Crow era. Research shows that the larger a state's black population, the more likely it was to pass the most stringent laws that permanently denied voting rights to people convicted of crimes. That's why, when even more restrictive voting legislation was recently proposed in Virginia, the move was called "essentially racist."

As a nation, we need to be honest about the ugly fact that disenfranchisement is not just an issue of social justice, but also of racial justice. And since our democracy has made voting the cornerstone of citizenship, we need to be sure that justice for all includes the right to vote.

Project Return is solely dedicated to the successful new beginnings of people who are returning to our community after incarceration.