Thirty percent of people in the U.S., or 55 million, were uninsured for at least part of the year prior to the survey, which was conducted from April to August 2012 for the Commonwealth Fund, a New York-based research organization. Another 30 million people, or 16 percent of the population, were "underinsured," meaning their health plans offered too little coverage and exposed them to high out-of-pocket costs, the survey found. 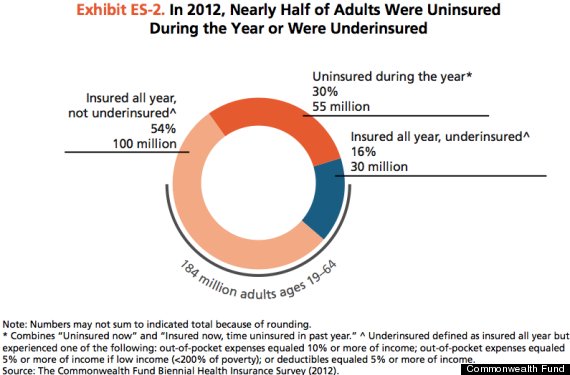 People earning up to four times the federal poverty level, which is $11,490 for an individual this year, were the most likely to be uninsured or underinsured. The lower the income, the more common uninsurance or underinsurance was, according to the survey: 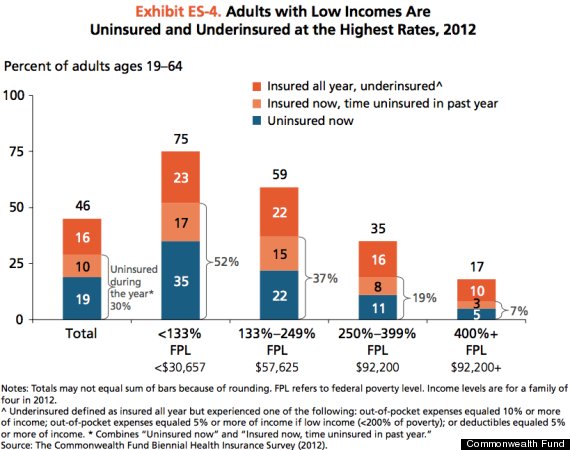 Lower-income and uninsured people reported the most problems accessing medical care they needed because of cost: 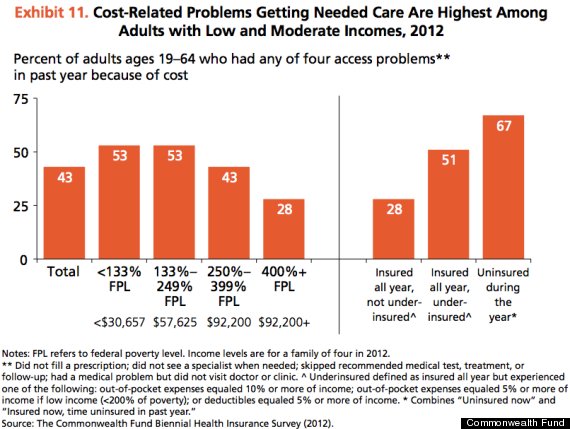 And said they faced financial hardships as a consequence of having little or no health insurance coverage protecting them from high expenses, leading in some cases to debts, exhausted savings and damaged credit ratings: 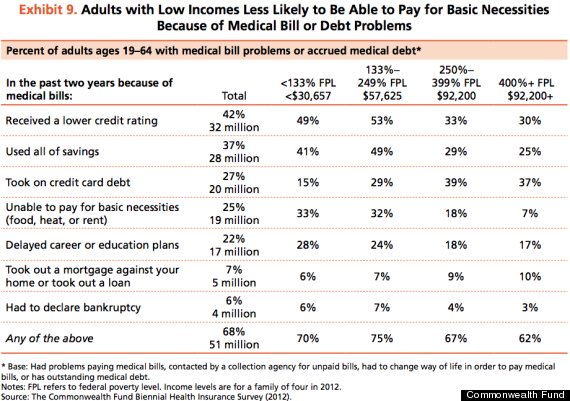 President Barack Obama's health care law offers financial assistance for health insurance to low- and middle-income people earning up to 400 percent of the federal poverty level, which is $45,960 this year for a single person.

Sara Collins, the vice president for affordable health insurance at the Commonwealth Foundation, said Obamacare could mitigate some of the consequences of an expensive health care market.

The impact of the health care law's Medicaid expansion will be blunted, however, by Republican governors and Republican-led state legislatures that are refusing to broaden the joint federal-state program to more poor people.

And while subsidies for private insurance, in the form of tax credits, will be available, they may not be large enough to offset premium hikes for some people, which health insurance companies say are partially the result of Obamcare's benefit guarantees.