Whoever said "there's no such thing as a free lunch" is an idiot. It should be, "there's no such thing as a free lunch, because it costs 49 cents." I learned that after I mailed a ton of companies physical letters of praise, and got plenty of free lunches in return. And all it took was a Forever stamp, a minute or two to write the letter, and an envelope. Read on to see all the free stuff I got, and which companies are worth getting the ol' pen and paper out for. 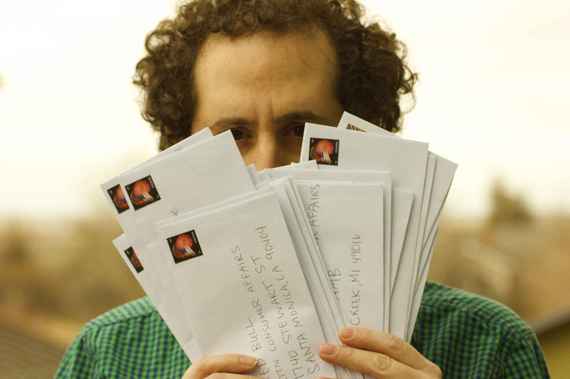 How and why I did this
When I was a teenager, I loved Isiah Thomas. Before he was an awful basketball executive, he was a great basketball player, and I was a huge fan. I wrote him a letter asking for his autograph, and a few months later I got a "signed" glossy photo of Isiah doing a lay-up or whatever. I was stoked and probably cried. And even back then, getting something in the mail was super fun. It's still fun! I get snacks in the mail every other week and I love it.

As an adult, I don't write letters anymore. No one does. And so when anyone writes a company, they listen. It's attention-grabbing. It takes more time and effort to send than a tweet, an email, or a Snapchat of your privates. (Do not Snapchat companies photos of your privates.)

I wrote personalized letters to 26 different companies about why I genuinely liked their products on the off-chance a real person was going to read it. None of the letters identified me as a food & drink writer. These are the 15 companies that responded. It's worth reiterating -- if you're going to do this, you can't send companies form letters. Real people are going to read them! And then those real people are going to send you awesome free stuff, as you're about to see. 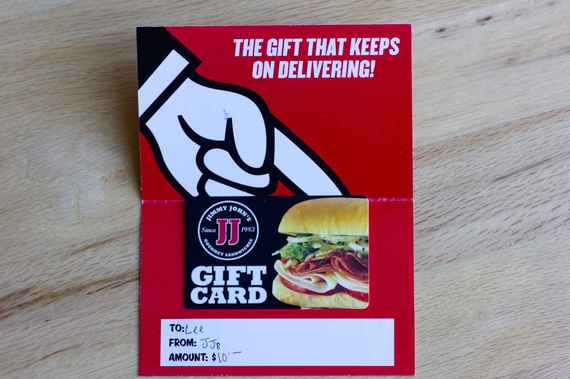 Jimmy John's
How long it took them to respond: 18 days
What I got in the mail: A $10 gift card and nothing else (not even a note!)
Was it worth the time to write them a letter? Hell yes. $10 can buy a nice lunch at JJ's, and I almost love the fact that they couldn't bother to write me back. Jimmy John's is your Grandpa who put $20 in an envelope and sent it to you for your birthday. He could've written a note, but Matlock was probably on and he wanted to watch.

Oreo
How long it took them to respond: 21 days
What I got in the mail: A coupon for a free box of Nabisco cookies or crackers up to $4.99, a letter
Was it worth the time to write them a letter? I'm a huge fan of Oreo. The funny thing is, the company often sends free limited-edition Oreos right to my doorstep for me to taste-test, and yet, getting a coupon for a free box was somehow more exciting. Probably because it was unexpected. 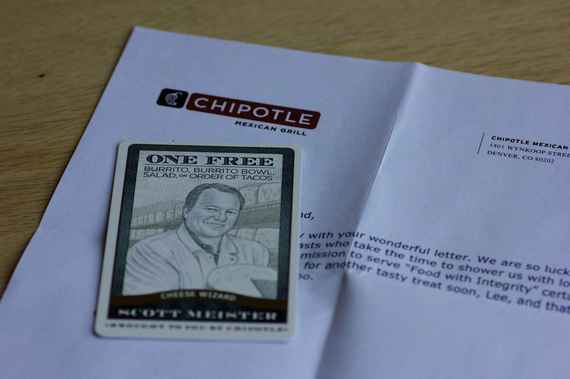 Chipotle
How long it took them to respond: Four days (full disclosure: I live near Chipotle's HQ)
What I got in the mail: A free bowl/burrito card, a letter, and a handwritten envelope
Was it worth the time to write them a letter? C'mon, this is free Chipotle we're talking about. Obviously it's worth it. I can get a bowl with extra guac, rice, meat, and cheese and it'll be hella free. I also love that someone physically wrote my name on an envelope! For a second, I thought of Chipotle as a mom-and-pop burrito shop and not a multibillion-dollar company.

Pop-Tarts (Kellogg's)
How long it took them to respond: 20 days
What I got in the mail: Coupon for $1.25 off any Kellogg's product, a letter
Was it worth the time to write them a letter? If you're an extreme couponer, you should definitely write them. Do it, Grandma! 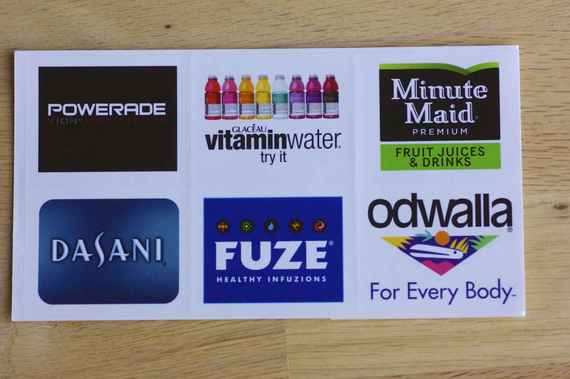 Coca-Cola
How long it took them to respond: 18 days
What I got in the mail: A letter and... stickers?!
Was it worth the time to write them a letter? No. Unless you are a 10-year-old who wants to decorate his locker at school. Coke must have assumed that was who was writing them. Not a horrible assumption!

The Cheesecake Factory
How long it took them to respond: 16 days
What I got in the mail: A letter of appreciation
Was it worth the time to write them a letter? Sometimes it's nice to get some positive reinforcement! Selected highlights from this letter:

1) "We appreciate your compliments..."
2) "You have made our day..."
3) "It was very thoughtful of you to take the time to contact us about your experiences at our restaurants..." 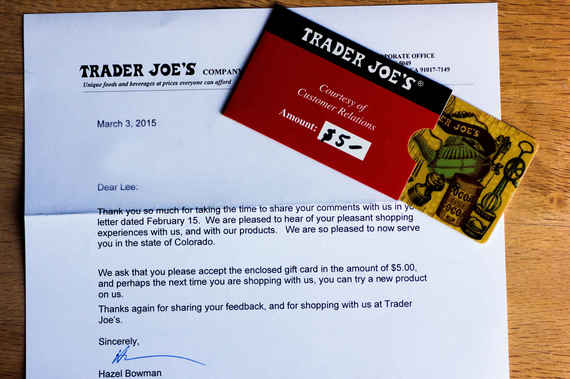 Trader Joe's
How long it took them to respond: 21 days
What I got in the mail: $5 gift card, a letter
Was it worth the time to write them a letter? Did not expect to get a gift card from Trader Joe's. This is a company that doesn't do coupons or advertising, after all. $5 goes a long way at TJ's, so this is absolutely worth the letter. 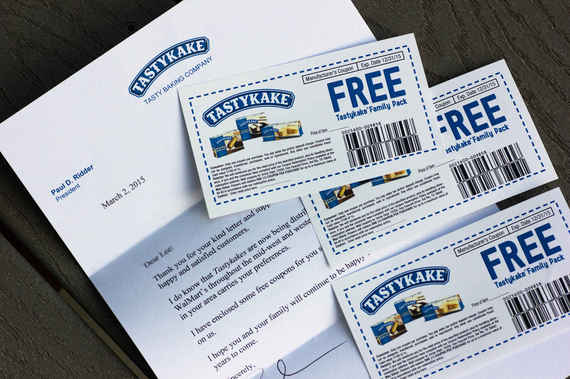 Tastykake
How long it took them to respond: 18 days
What I got in the mail: Three coupons for free Tastykakes, a personal letter from the president, and a huge care package
Was it worth the time to write them a letter? This would have been worth the time to fly back to Philadelphia, knock on the company's door, and get handed everything they sent me. Their care package had nine different Tastykakes in there. If you grew up on the East Coast like I did, you know how awesome their stuff is. And when I wrote to Tastykake to tell them how much I missed it, they sent me a ton of free products and their president wrote to tell me I should check out a Walmart/grocery store near me, since it's distributed in the Midwest and West now.

To see what awesome free stuff the other 6 companies sent over, head to Thrillist.com!

16 Things You Didn't Know About Chipotle

Looking for the best deal before you buy? Take a look at HuffPost Coupons where we have hundreds of promo codes from brands you trust.

More:
Taste Restaurantschipotlecoca-colatrader joe's
Newsletter Sign Up
The Morning Email
Wake up to the day's most important news.
Successfully Subscribed!
Realness delivered to your inbox