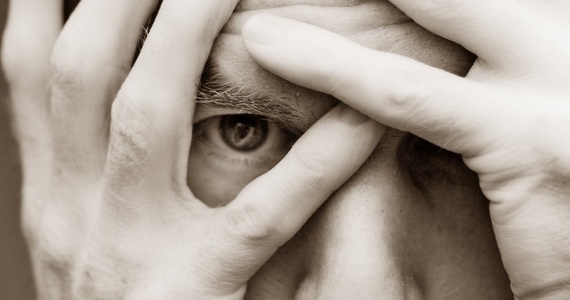 Whether you like it or not, stress plays a significant role in your life.

Not all stress is bad. It can build resilience and enhance performance. Chronic stress, on the other hand, can wreak havoc on our brains and bodies.

It also has a profound effect on our behavior. Not just where we focus our attention or how we make decisions. But it also affects our goals and habits.

Recent studies have found that in times of stress, our goal directed behavior goes out the window. Instead, our brain favors routine behaviors.

Depending on the habits you have, this news could be good or bad. When life stresses us out, we can fall back on our good habits just as easily as our bad ones.

The first piece of evidence comes from researchers at USC. Back in 2013, they found that goal oriented behavior was replaced with habits during times of stress. The results of their study was published in the Journal of Personality and Social Psychology.

In a series of five experiments, they followed students during a school semester. Most importantly, they also watched them during exam time. Which provided them a real life scenario to watch behaviors unfold in stressful scenarios.

As expected, the high stake situation caused a lot of studying, sleep deprivation, and stress. And what researchers saw was an increase in their routine behaviors.

In contrast, the students who ate oatmeal in the morning would continue to eat well. Especially when highly stressed.

Other habits included going to the gym or reading the newspaper in the morning. Even if students were limited on time, they would choose to pursue these activities.

Wendy Wood, one of the researchers, said in a press release:

"You might expect that, when students were stressed and had little time, they wouldn't read the paper at all, but instead they fell back on their reading habits."

So what causes the brain to shift our behavior when the pressure is on?

Researchers from Germany asked that same question in 2012. They suspected it had something to do with stress related brain chemicals.

Their findings, published in the Journal of Neuroscience, revealed that stress hormones cause the brain to switch from goal-directed behavior to established routines.

In their experiment, they trained people on a computer-based food reward activity. Participants learned that specific buttons would give them with their preferred food.

Once learned, they were allowed to eat as much as they wanted. In fact, they would eat until they no longer expressed a desire for the food.

Participants were also given different stress hormones. The scientists found that the combination of two particular stress hormones - yohimbine and hydrocortisone - would cause them to follow the learned routine. Even if they didn't want to.

Instead of choosing something else to eat, they would continue to press the buttons for the food they no longer desired.

MRI data confirmed that the two hormones had reduced activity in the prefrontal cortex. An area linked to decision making and planning. The area of the brain related to habitual behavior, however, was unaffected.

Control May Not Be The Answer

So what's Wendy's takeaway from her research with college students? She answers:

"Everybody gets stressed. The whole focus on controlling your behavior may not actually be the best way to get people to meet goals."

Our goals can easily get derailed. We can't stop stress. And we can't predict when it will rear its ugly head. It becomes the enemy of our willpower, making it harder to stick to our goals.

The research points out how important our habits can be in a stressful world. Wendy continues:

"If you are somebody who doesn't have a lot of willpower, our study showed that habits are even more important."

Stress causes our brain to rely on its evolutionary foundation. We are compelled to think less and act more.

Instead of thinking carefully or rationally, our automatic brain takes over to conserve cognitive resources. Making it harder to control impulses or resist old habits. Our willpower disappears.

We can, however, use this to our advantage. When stressed, our brain doesn't stop to decide which behaviors are good or bad. It simply relies on our established routines.

Success or failure is largely determined by your behavior. If you're planning on becoming a stronger, happier individual, then there's really only one way to begin.

By making sure your path is paved with a foundation of healthy habits.

(This article first appeared on TheBrainFlux.com)

The Brain Flux is a website dedicated to improving your brain health, behavior, and performance. Join thousands of others getting science-backed brain tips and advice by signing up for the free newsletter