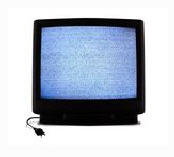 After the election, I knew I should be happy. Not only did my side win, but a year's worth of CNN-fueled dread and anxiety had come to a final end, and I had more free time to enjoy pastimes like eating, sleeping, and watching Food Network. So why did I feel so empty?

I tried to tell myself that what I was feeling was residual disappointment. After all, not every candidate I supported saw a victory party. The CNN gee-whiz holograms were hardly ready for prime time. And gays and lesbians, hopeful that they too could surf the big wave of change, were left on the shore saying, "No, we still can't." 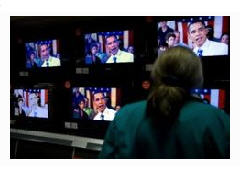 But it felt more depressing than simple disappointment. It felt like the day after a birthday, the circus leaving town, the lights coming up in a movie theater, or the beginning of an episode of How I Met Your Mother when you're just too tired to change the channel. It felt like loss, with even more gloominess ahead.

Then, while reading a local newspaper, I recognized my symptoms in an article about "Campaign Withdrawal."

* Not knowing what to watch on TV? Check.

* Sensing my life is missing something? Check.

* Seeing Wolf Blitzer in the face of every bearded passerby? Well, that may be more related to something from my childhood.

In the article, Dr. Petros Levounis, Director of the Addiction Institute of New York's St. Luke's Roosevelt Hospital -- a man who probably doesn't take his coffee black -- said our obsessions stimulate "pleasure-reward pathways in the brain." He said that following political campaigns can become an addiction, with its own kind of withdrawal. 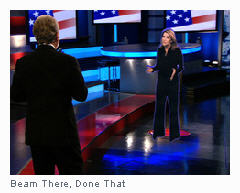 It's true. I miss Candidate Obama and Candidate McCain. I miss the debate and primary nights. I miss the moronic focus groups and their silly reaction meters. I want David Gergen to be my grandfather.

Dr. Levounis said he'd seen similar reactions in people at the end of American Idol. That would make John McCain the David Archuleta of political fascination, the only association those two can and ever will have.

But at least I know now what I'm suffering from, and that the emptiness will eventually be filled by something else, whether I earn $250,000 a year or not.

Hello again, my same old life, this time in a brand new world.