The Illinois gubernatorial election is well under way, and both candidates are putting their best arguments forward.

But sometimes their best arguments for their own elections are really arguments against their opponents' election. Attack ads from Republican Bruce Rauner and Democratic Gov. Pat Quinn have flooded the television airways.

Yes, Quinn had a controversial early prison release program that in 2009 mistakenly allowed some violent criminals to be discharged. It nearly cost him the election in 2010. But were murderers released, as Rauner's ad states?

And yes, a company owned by Rauner's private equity firm in 2011 paid a $13 million fine after a federal investigation for Medicaid services it never delivered. But was Rauner the FBI's target, as Quinn's ad strongly implies?

As with most attack ads, there's truth in both of these. And plenty of stretching too. We try to separate the two on this week's "Only in Illinois." Watch at Reboot Illinois. 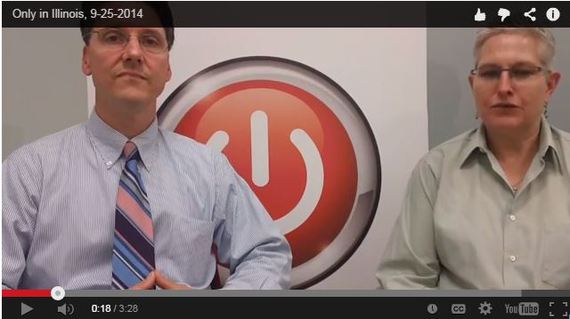 Christopher Z. Mooney, director of the of the Institute of Government and Public Affairs writes:

Why is Illinois state government so inept? While public problems are inherently difficult to solve, Illinois seems to be particularly adrift these days.

One explanation for this phenomenon is the dearth of valid and reliable evidence used in public policymaking. We live at a time of unprecedented knowledge about the physical world and the human condition, and scientists by the thousands on university campuses and in private industry are working daily to increase this body of knowledge. Do we know everything? Of course not. But we do know more policy-relevant information now than ever before.

How can Illinois move to making policy decisions based on evidence rather than emotion?