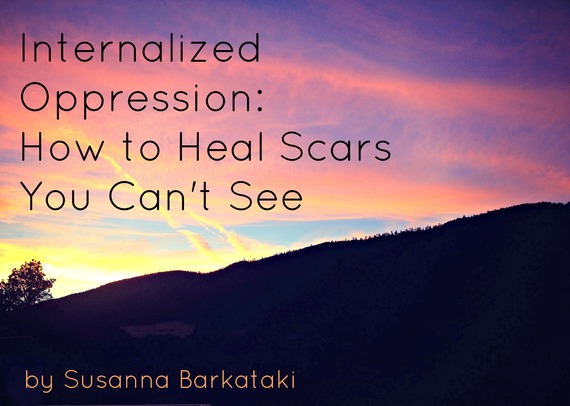 This week I want to talk about scars you don't see. Scars come in all types.

I'll share a story of some less visible of mine and how I work with them. As an immigrant fleeing racial violence as a child we moved into a white supremacist part of Los Angeles. We didn't know any better.

I lived on a block with all white boys. We would play Cowboys and Indians. My brother and I, outnumbered, always had to be the Indians. We always payed a game where we had to lose and die. Even though we tried to explain we were a different kind of Indian. This game was like a metaphor for my childhood and likely that of many other immigrants, girls and kids of color in the U.S.

The scars of internalized oppression go deep though they aren't often visible. Being told over and over you are less than. Ugly. Unwanted. To go home.

I fought. And, on this block of all boys, though I was the smallest and the only girl, I kicked butt. On the outside.

So I thought I was fine.

But on inside I took the messages in. They repeated. Over and over. Ugly. Outsider. Foreign. Enemy. Terrorist. Stupid.

I thought I was tough because I was strong and I got through it. I had a few scars on the outside... but I made it.

But even years later there were unkind, cruel voices in my head. I was still telling myself the messages I'd been told by those brutal kids. The talk was now running in my brain. Luckily, I slowed down enough to hear it. And unfortunately a part of me must have believe it or else it wouldn't be repeating.

This is exactly what we mean by the term internalized oppression.

The kids were no longer there holding me down. The racist, sexist experiences were over. In the past. But the words were still there. It was just me doing it to myself now.

Only later, with a lot of Svadhyaya, self study, did I realize many of my actions were a cry for attention and help. This is how yoga and meditation helped me undo internalized oppression. 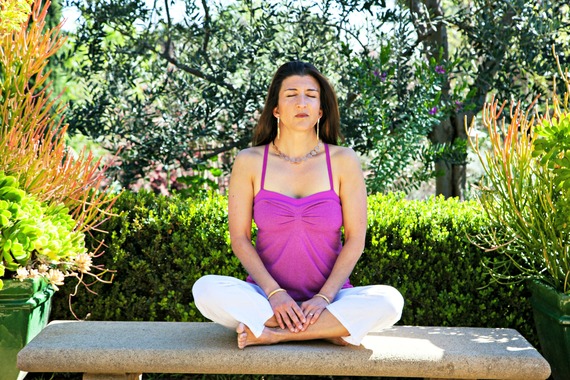 First, I had to slow down and notice the talk. I did this a lot on my mat and on a meditation cushion. I even did it through walking meditation -- aligning one step with each breath -- if the mental tape got too insistent.

Once I got used to doing that, I could catch it. Pretty much anywhere.

Then, I began to replace the critical, hurtful talk with positive thoughts.

I'd repeat messages that inspired love, confidence, support. I began to talk to myself in my head the way I would encourage my best friend, or sister, or even a student.

For me, yoga was a whole journey off the mat. It really began with identifying Issues, uncoverimg internalized oppression, and surfacing truths.

This was a whole new yoga of decolonizing my practice. Of thinking. Of being.

Of loving myself as a revolutionary act.

Yoga allowed me to actually put into practice that self-love I had heard about. Without the applied practice, I had no idea how to begin. To love myself had to listen to my self. Really truly listen.

I had to stop. Get quiet. Get honest. Really hear.

So I invite you for yourself and others:

As we heal from white supremacist capitalist patriarchy, trauma or whatever it is we are healing from.

Inspired to deepen your practice? I'd love to talk. 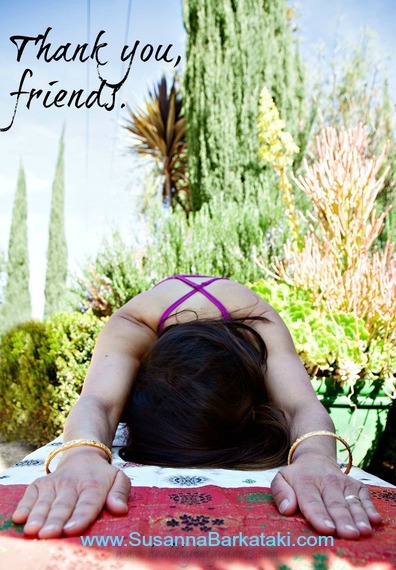 I run Yoga Teacher Trainings and work with individuals 1 on 1 in online-learning custom coaching programs to support you in experiencing more harmony, peace and balance in your life with yoga, Ayurveda, mindfulness and other healing tools. I look forward to talking with you.