After five years together, Jim Carrey and Jenny McCarthy announced their breakup over Twitter on Tuesday, both sounding upbeat and sending each other best wishes.

Carrey continues to tweet his reaction, quoting Louis Armstrong and thanking fans for their support. 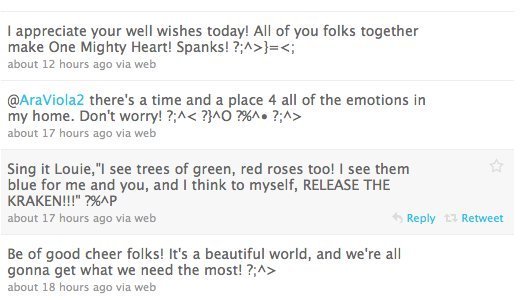 By Wednesday morning he was back to making a sex joke about Tiger Woods.

Jenny too seems to be holding up, seeking comfort in the tweets of Perez Hilton, who gave his condolences Tuesday.

"@PerezHilton Thank you so much Perez. xxoo" she tweeted.