**Scroll down for the video AND stills**

Lady Gaga's new video, 'Bad Romance,' the first single from 'The Fame Monster' is out. It's the product of her "weirdest and most psychotic ideas," she told MTV.

"I knew [Francis Lawrence's] ability as a director is so much higher than what I could [do]...There's this one shot in the video where I get kidnapped by supermodels. I'm washing away my sins and they shove vodka down my throat to drug me up before they sell me off to the Russian mafia."

After Gaga is subdued by the gimp-suited models, she shows her moves in strategically placed chain mail, several skimpy lingerie outfits and some sick shoes. 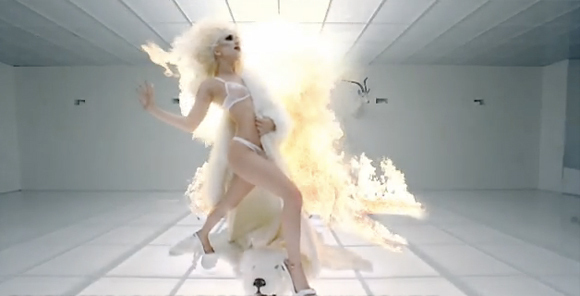 She also writhes around in the shower with her vertebrae popping out of her back. 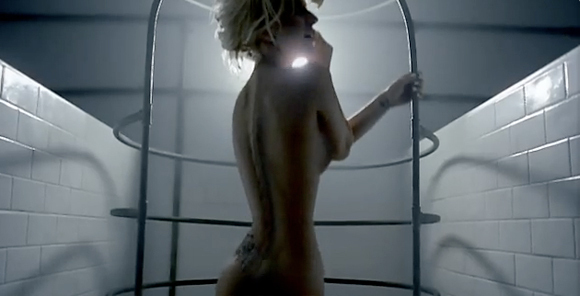 She ends up in bed with pyrotechnics shooting from her breasts alongside the charred skeletal remains of a lover, showing just how bad a romance can be. 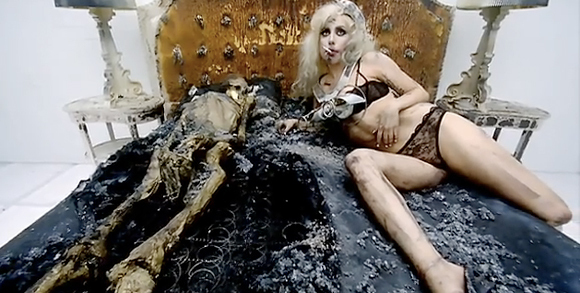 We also get a few glimpses of her face without its normal mask of makeup. Pretty! 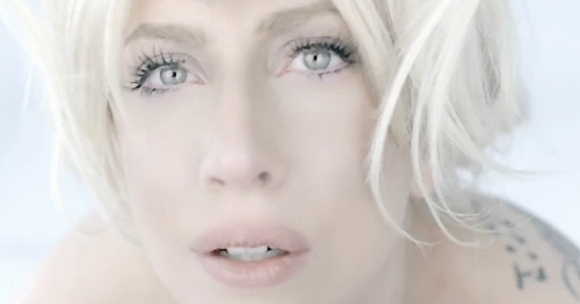