Stephanie Rodriguez is a 17 year-old high school student and will join millions of new Latino voters in 2016. Rodriguez, a volunteer with Mi Familia Vota in Arizona says, "I'm happy and excited because we will finally have a voice as a generation but also this vote is a voice for my parents who are undocumented. This election is extremely important. I'm contributing to the future of my family with my vote." Like her, thousands of young people in Arizona have knocked on over 700,000 doors since 2010. "It's hot and it's hard work to canvass in Arizona during the summer, but rain or shine we know this it worth it." By hot, Stephanie means 117 degrees Fahrenheit. But Arizona would not have seen such growth of Latino voters if it were not for the thousands of young people who are committed to fighting for themselves and their families. 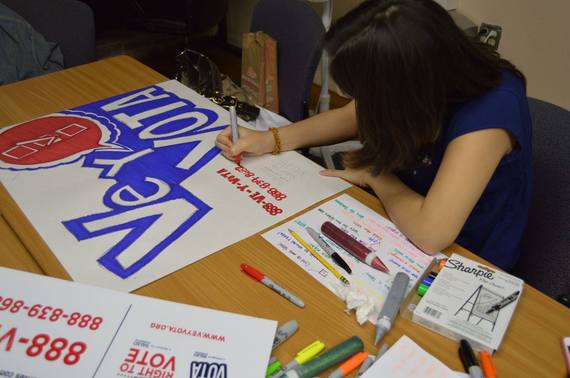 Arizona, however, received much fewer resources than its "battleground" counterparts, as it was not seen as a politically competitive state. Yet, Latino voting grew massively due to the Latino community resisting anti-immigrant policies such as the infamous SB1070 and politicians like Maricopa County Sheriff Joe Arpaio. Between 2004 and 2010 Arizona experienced the same phenomena of Latino mobilizations as it happened in California from 1994-1998 as a result of Prop. 187, Gonzalez notes. 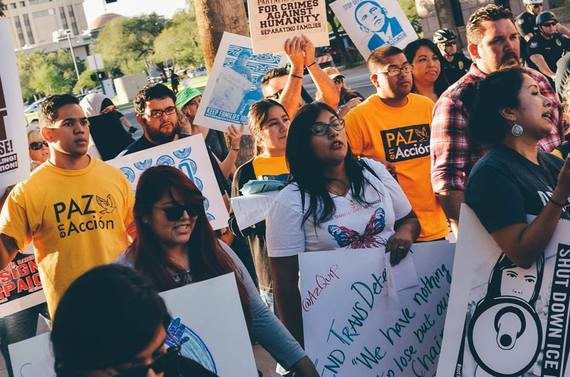 Gonzalez says, "this growth is attributed to internal organizing campaigns against the Arizona's anti-immigrant policies and the local officials that advocate for them".

This organizing was led by the members of One Arizona, a non-partisan coalition, which was formed in 2010 to combat the growing disenfranchisement of voters and attacks against the Latino community. This coalition has been at the forefront of tripling the number of Latino voters by focusing on voter registration, voter engagement, voter mobilization, election protection, and issue advocacy.

Tomas Robles, Executive Director of Arizona Center for Empowerment a member organization of One Arizona, says, "Arizona has been able to build a solid and efficient state infrastructure that has mobilized, empowered and educated our communities on the importance of civic engagement. Since 2011, we have turned around municipalities and elected officials that care about our communities; what once was a super-majority in the state legislature is now a legislature much more representative of our community, and we have more elected officials of Latino descent than at any point of our history. If Arizona had the type of resources dedicated to our work in the same level as the other states mentioned, our turnaround would be much more pronounced". 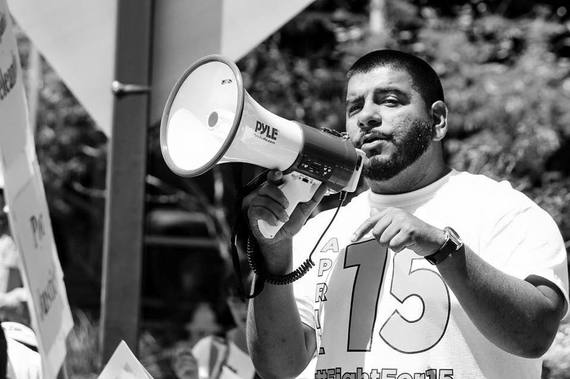 Arizona stands unique in that it's rise to the partisan battleground is not based on outside investment or competitive federal elections but rather owes its success to the grassroots movement that has successfully resisted local anti-immigrant laws. One Arizona as a coalition, continues to maintain a steady growth in the Latino electorate since 2010. Whereas Latinos were a mere 12% of the electorate in 2004, by 2012 the Latino vote share grew to 18% and is expected to hit historic levels in 2016. 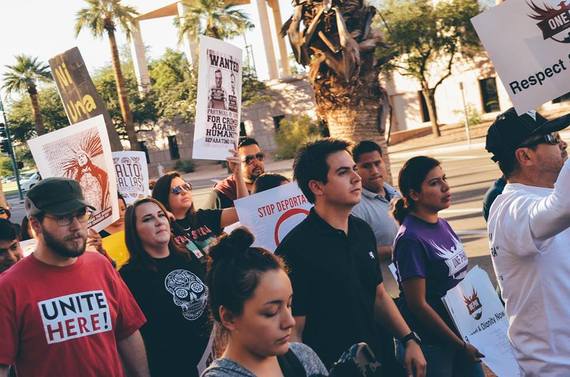 If resources are mobilized to deepen the current Latino voter momentum, Arizona will become the fifth state with a million Latino voters joining California, Texas, Florida and New York. Such a change would spur Latino statewide candidacies and make Arizona yet another state where Latinos hold the key to victory.