"Unfortunately, it's a common sight," said Yuyun Ismawati, coordinator of the Indonesia Toxics-Free Network, referencing the prolific use of potentially toxic paint in schools and other kid-friendly facilities throughout Indonesia. 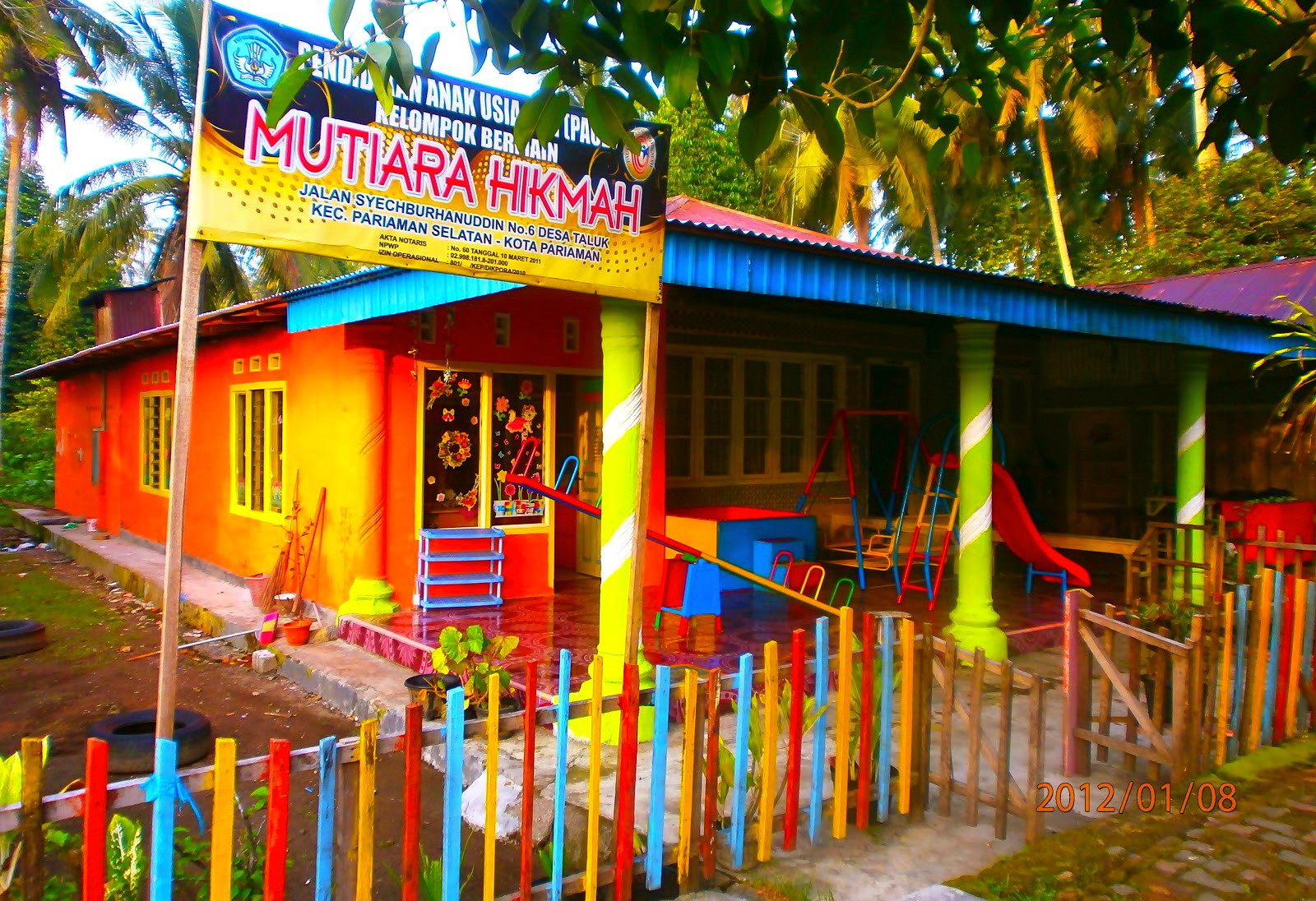 Lead poisoning may be a risk at this brightly painted day care in Indonesia. (Balifokus Foundation, Indonesia)

Relative latecomers in the use of decorative and household paints, Indonesia and its neighbors throughout the developing Asia-Pacific are making up for lost time: The region is now the largest market in the world for paint. But this rapid growth for the industry may come with some serious costs to children's health and the nations' economies, according to a new European Union-sponsored study released on Monday.

A team of international researchers tested 803 paints purchased from stores in seven Asia-Pacific countries and found that 76 percent contained more lead than the U.S. regulatory standard of 90 parts per million. At least a quarter, generally with the most vibrant pigments, consisted of more than 10,000 ppm of the neurotoxic heavy metal, which is added as an inexpensive way to brighten color, speed drying and prevent corrosion.

"I was not surprised as much as horrified of the results," said Sara Brosche, project manager at IPEN, a global organization advocating for environmental health issues, and lead author on the new study. "It’s adding another burden on top of all the other disadvantages that these countries are facing."

"Compared to other issues with toxic chemicals, this is an easy one to prevent. You just don’t allow it," Brosche added.

The findings come nearly a century after a 1921 international convention first limited the use of lead-based paint. Lead's hazards to human health, particularly that of young children, were already known at that time. Decades of accumulated evidence now warns of significant impacts to learning and behavior and risks of chronic diseases at even low levels of exposure -- generally through the lead dust from deteriorating paint.

In 1978, the U.S. followed other industrialized nations in banning lead from household paints. With the exception of the risks lingering in older homes, "everyone thought that lead paint was something in the past," Brosche said.

Meanwhile, in developing countries such as Indonesia with little history of lead paint use, Ismawati said, "people have no awareness about this danger."

Further, lead content was not labeled on most of the paint cans surveyed on store shelves throughout the Asia Pacific, according to IPEN's study. A few cans did reference being lead-free, but that even turned out to be deceiving in some cases.

"The can would say 'no added lead,' but then there may be 20,000 ppm of lead," said Scott Clark, professor emeritus of environmental health at the University of Cincinnati and a co-author on the IPEN report. In addition to greater transparency about lead content, Clark said that he and his colleagues are pushing for labels on new paint cans that warn of lead dust from older painted surfaces.

Advocates suggest it is in the best interest of developing nations, and the bottom-lines of paint makers, to take action and eliminate lead now.

"We know these paint markets are growing exponentially. If they continue to sell lead paint, it's going to create a huge legacy issue down the road," said Perry Gottesfeld, executive director of the nonprofit Occupational Knowledge International. "The key here is that we want to avoid that legacy issue by cutting it off now rather than 20 years from now."

Gottesfeld testified in a trial last year over the liability of former lead paint makers for contamination of hundreds of thousands of California homes. On Monday, a judge denied a motion for a new trial from defendants Sherwin-Williams, NL Industries and ConAgra Grocery Products. The companies will still be ordered to pay $1.1 billion into a fund to be used to clean up hazards from the legacy paint.

"The saga continues," added Gottesfeld, who has also discovered high lead concentrations in paints sold in other developing nations, as well as in at least one overseas lead-based paint manufacturer that was owned by a U.S. company.

The risks of the continued production and use of lead paint in Asia may also extend to nations at the receiving end of their exports. In fact, according to Brosche, the import into U.S. and Europe of toys coated with and containing high levels of lead initially flagged this issue and prompted the work of IPEN and others.

The Ecology Center, a nonprofit environmental advocacy group, has been screening products on sale in the U.S. for nearly a decade. Their latest report, released last week at the start of the NCAA basketball tournament, found that 71 percent of university fan gear imported from Asia contained potentially dangerous levels of lead and other toxic chemicals.

The logo on a Florida Gators lunch bag manufactured in China, for example, contained almost 2,000 ppm of lead. Tests of a Bangladesh-made Michigan Wolverine football jersey and China-made Kentucky Wildcat toddler shoes revealed similar results. The current limit for lead in the paint or coatings of products intended for U.S. children aged 12 and under is 90 ppm.

The brightest colored products tended to have the highest lead levels, said Jeff Gearhart, research director at HealthyStuff.org, a project of the Ecology Center.

But Scott Wolfson, spokesman with the Consumer Products Safety Commission, said the number of contaminated imports has significantly dropped in recent years. The commission, he added, has been working with China, Vietnam and other Asian countries to make sure they are clear on U.S. laws.

"There needs to be assurances in those markets that they are adhering to U.S. lead limits, otherwise we are going to do everything in our power -- along with U.S. Homeland Security -- to stop those products at the ports," Wolfson said.

Many large companies in Asia are already producing paint free of lead, noted Brosche, and have done so without any significant added cost to consumers.

Nippon Paint of Indonesia is one recent adopter of broader regulations against toxic paint, recently transitioning from lead-based to zirconium-based driers. Since IPEN took samples for the study in 2012 and 2013, the company has eliminated the heavy metal from its products, a company spokesman Jon Tan told The Huffington Post.

The estimated economic burden of childhood lead poisoning in Asia is nearly $700 billion, according to a study published last September that tallied productivity costs due to IQ points lost through exposure to lead. The study did not take into account higher crime and incarceration rates, which experts say may be linked to behavioral problems stemming from lead exposure.

Ismawati of the Indonesia Toxics-Free Network is among advocates in Kuala Lumpur this week for an Asia-Pacific regional meeting on chemicals management. She said that IPEN has submitted a draft resolution on lead in paint that's been distributed to 110 delegates from 39 countries.

"We are hopeful that the seven Asian countries involved in our study will endorse the resolution and develop better policy in their respective countries and inspire other countries to take the same steps," said Ismawati, who expressed optimism that Indonesia will adopt a strong measure against potentially dangerous paints.

The work of advocates like Isamawati stresses the urgency of the issue: There are more than 32 million children under the age of 7 in Indonesia, her home country. As that number continues to climb, and the education system continues to develop, more and more schools and day care centers will open -- and receive fresh coats of brightly colored, potentially toxic paint.

"Our concern is to protect children's health and their growth," Ismawati said. "Their brain only grows once, not twice."