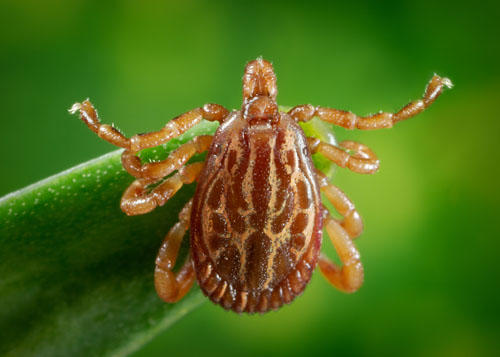 "If chronic or persistent Lyme disease exists, we will need more than antibiotics for treatment. Anti-inflammatory components or anti-cytokine treatment will be options." -- Dr. Leo Joosten

Lyme (Borreliosis), Anaplasmosis /Ehrlichiosis, Babesiosis, Rocky Mountain Spotted Fever, Bartonella, Tularemia, and more recently, Borrelia miyamotoi (a distant relative of Lyme Borreliosis) are recognized tick-borne infectious diseases in the United States of which The Center for Disease Control (CDC) claims Lyme disease is the most common and fastest growing illness. With spring finally here, have you taken the right steps to ensure that your children and family can enjoy the outdoors without the fear of contracting a potentially severely incapacitating tick-borne illness?

The challenges faced by those trying to combat the silent epidemic of Lyme and other tick-borne diseases are overwhelming. They include better reporting of incidence (24,000 confirmed Lyme cases reported in the U.S. in 2011 but the CDC believe this represents only 10-12 percent of all cases), better education and prevention strategies, more funding for research to develop reliable diagnostic tools (there is currently no diagnostic tool that is even 60 percent reliable), and better treatments. In contrast to the U.S., as you will discover in today's Q&A, the Netherlands had as of 2006 approximately 17,000 reported cases a year in a population that is 6 percent the size of the U.S., shedding further doubt on the reported US incidence figures.

Tick tock, tick tock -- the clock is ticking and each day it seems another expert agrees that global warming is only accelerating the tick problem. Unfortunately, like all of us, those little buggers enjoy international travel. How is the rest of the world combatting these unwelcomed tourists? Over the next few months, I will be sharing the global perspectives of leading experts involved with tick-borne illnesses. Perhaps we will see commonalities and explore new ideas, and so discover ways we can make progress on this growing global public health danger.

This week I am pleased to welcome Dr. Leo Joosten from the Department of Medicine at the Radboud University in the Netherlands. Joosten has been involved in Lyme disease research for several years. 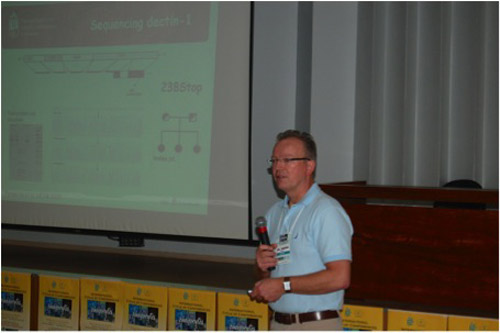 "I think that there is a persistent Lyme disease and there are patients that have clinical symptoms due to an active immune system. How many is not clear yet." -- Dr. Leo Joosten

What is the annual incidence of Lyme disease in The Netherlands and in Europe at large?

In the Netherlands, we have 1.2 million tick bites per year and around 17,000 erythema migrans (EM, the classical red circle on the skin of a Borrelia infected subject) per year, which is increasing every year. These are data from 2006. That is over 100 cases of Lyme disease per 100,000 people in 2006. There were 85,000 Lyme disease cases in Europe in 2006. The expectation is that the incidence of Lyme disease will increase; however, the percentage is not known. This is due to that fact that the number of ticks and the infection rate of ticks have increased in the last few years.

Which other tick-borne illnesses are endemic in The Netherlands in addition to Lyme? Is Borrelia miyamotoi a concern?

The registrations of tick bites and the number of infected subjects are well organized in the Netherlands. The Dutch center for public healthcare (the RIVM) monitors the numbers of tick bites and the incidence of Lyme disease. In a collaboration with Wageningen University, the RIVM developed a program (see website: Tekenradar.nl) that allows individuals to send the tick to be evaluated for Borrelia infection. So in general, the reporting of incidence of Lyme disease is satisfactory in the Netherlands.

I think that there is a persistent Lyme disease and there are patients that have clinical symptoms due to an active immune system. How many is not clear yet, but I think it is only a minority of the Lyme Disease patients. We think that due to prolonged exposure to live Borrelia or Borrelia antigens, the immune system is still activated. The pro-inflammatory mediators produced by the immune cells, such as IL-1, can be the cause of persistent clinical signs of Lyme disease. 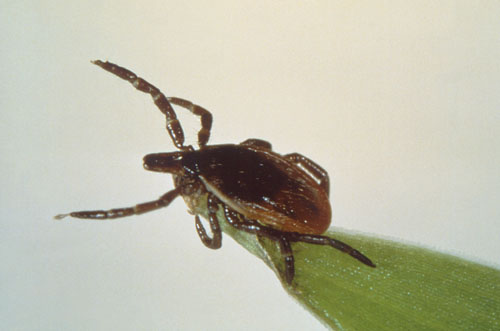 "My focus is pathogen-host interaction: how Borrelia is recognized by the host and why some individuals develop Lyme disease while some do not. Which genes are needed for an optimal host defense response to kill the pathogen?" -- Dr. Leo Joosten

What solutions that are currently being pursued do you believe hold the most promise for diagnosing Lyme disease at a high confidence level? What tests currently available to the general public, other than the western blot test, do you believe provide a better degree of certainty?

At the moment, there are cellular based tests on the market. LTT, Elispot and Spirofind are a few of these tests. These tests give us information about the cellular immune response towards Borrelia antigens. It seems that these tests will used in the future, apart from serological tests.

If you believe in chronic Lyme disease, what do you believe are the most effective ways to treat it?

If chronic or persistent Lyme disease exists, we will need more than antibiotics for treatment. Anti-inflammatory components or anti-cytokine treatment will be options.

What tests are currently available or in development that you believe will reliably identify diseases triggered by Lyme disease?

I think the new cellular based assays, such as Spirofind, will be helpful in identifying Lyme disease in the future.

My focus is pathogen-host interaction: how Borrelia is recognized by the host and why some individuals develop Lyme disease while some do not. Which genes are needed for an optimal host defense response to kill the pathogen? With this knowledge, we can develop new diagnostic tools for Lyme disease and maybe better targets for treatment. Apart from these goals, we will explore novel pathways in host defenses to identify biomarkers for early diagnosis of disseminated Lyme disease. The final goal is to explore anti-cytokine targeting for patients with persistent Lyme disease. We think that anti-IL-1 could be an effective therapy for these patients.

Photos courtesy of Phil and Co., CDC, and Leo Joosten.

For more information about Lyme and tick-borne diseases, and prevention and protection, go to http://www.TBDAlliance.org.