This photo of a worker walking on a narrow expanse, hundreds of feet above a frozen lake in the bitter winds of winter, might bring on an involuntary shudder -- it looks treacherous and so, so cold.

But it’s business as usual for one of the workers tasked with maintaining Michigan’s Mackinac Bridge. 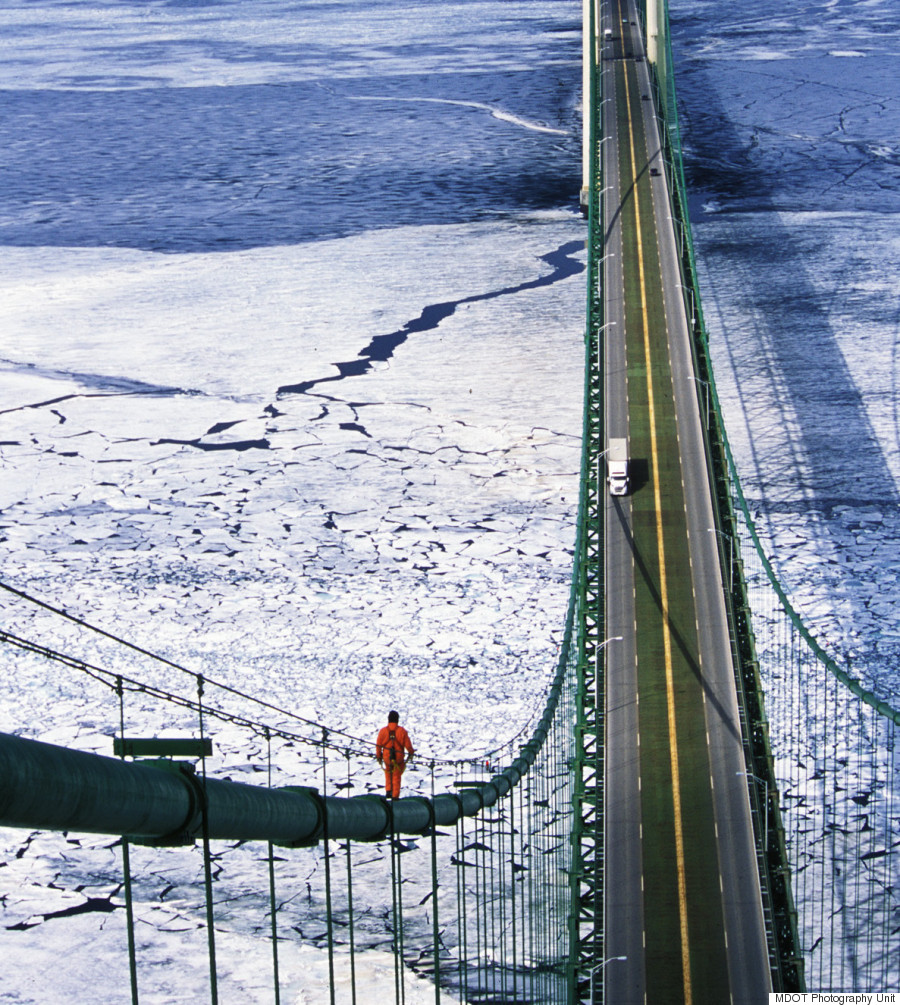 The photo, posted on Instagram by the Michigan Department of Transportation this week, was described by some as being current, but it was actually taken on a March day in 2003. MDOT spokesman Jesse Ball told The Huffington Post that the pictured worker was doing a routine inspection of lightbulbs and the photograph is representative of a normal winter day for one of the bridge workers.

“One thing about working on the #MackinacBridge, your office has a good view,” the Instagram caption on the original photo reads.

Though apparently it’s nothing new, the photo amassed thousands of likes and shares on Instagram and Facebook. Photos of the bridge are especially popular, Ball said, and are what spurred MDOT staff to first create their Instagram account -- an otherwise surprising social media presence for a department that is most known for road maintenance (or lack thereof). You can see a similar fascination with the Mackinac Bridge from fans on the U.S. Coast Guard Air Station Traverse City Facebook page.

“The pride that people have in Michigan for that bridge -- every time we think, ‘That’s going to be the most popular picture we ever post,’ it just snowballs,” Ball said. “People just talk about, ‘That’s my bridge, that’s our bridge.’”

The “Mighty Mac” -- one of the longest suspension bridges in the country -- connects the Upper and Lower Peninsula over the Straits of Mackinac. For two halves of a state with distinctly different cultures, the bridge is a point of commonality and literally brings residents together (though Yoopers do call downstate folks “trolls” for living “under the bridge”).

Even if bridge pride seems odd, there’s no denying the Mackinac Bridge can be stunning, especially in winter. See some more shots of the bridge from this season and past ones below. 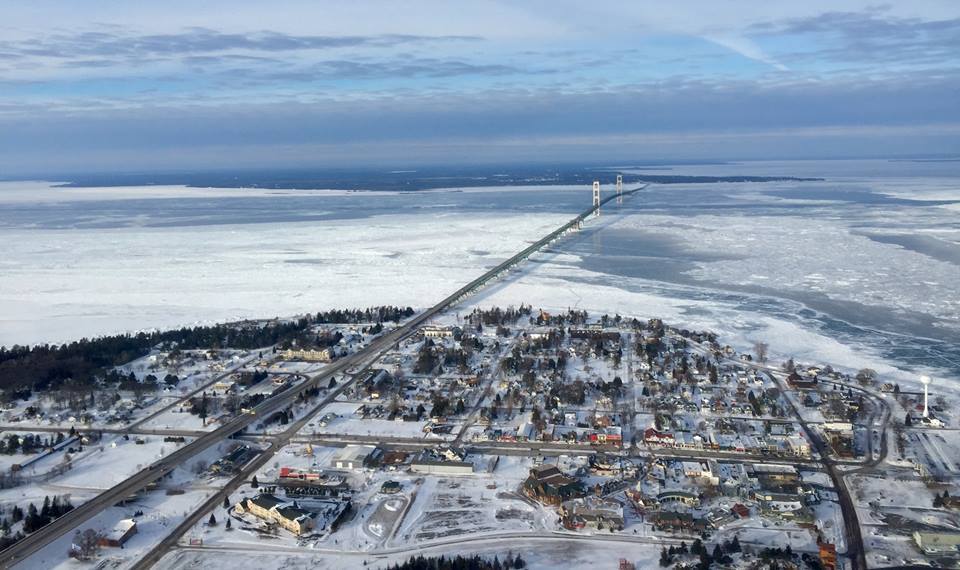 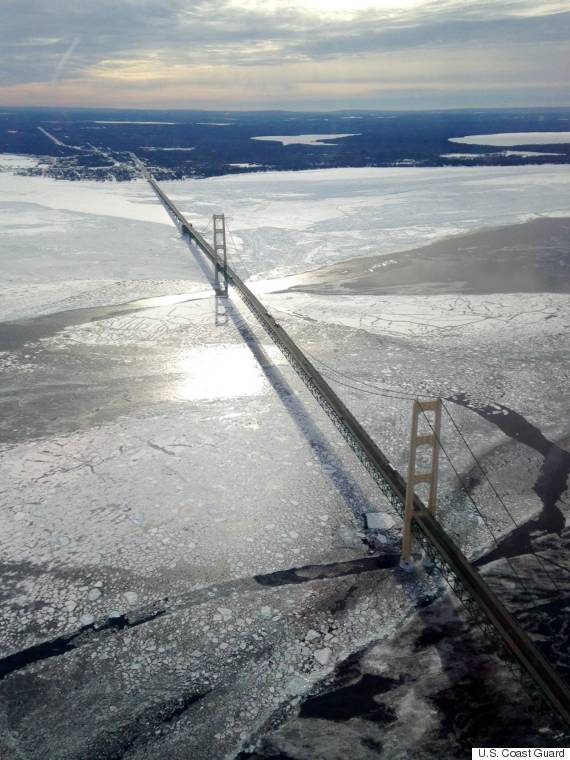 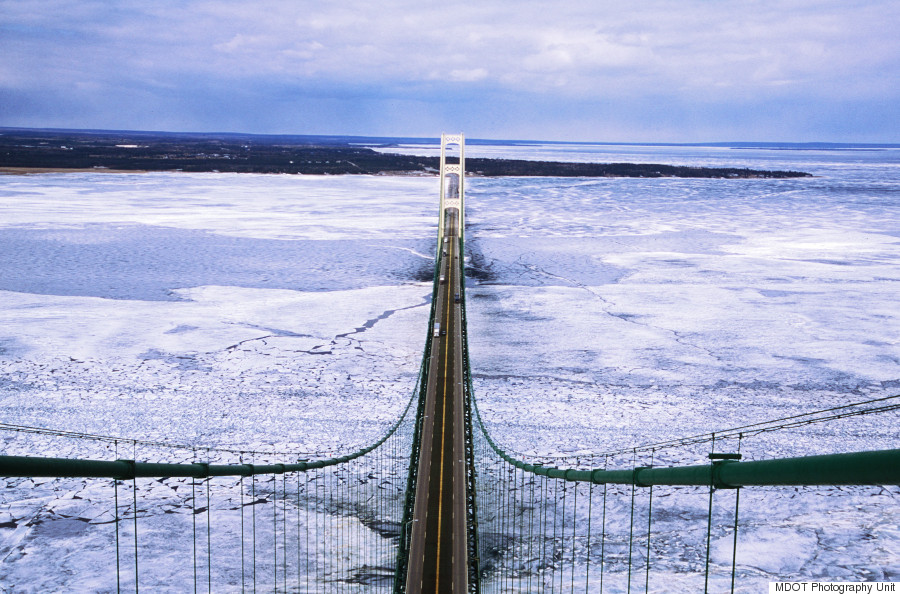 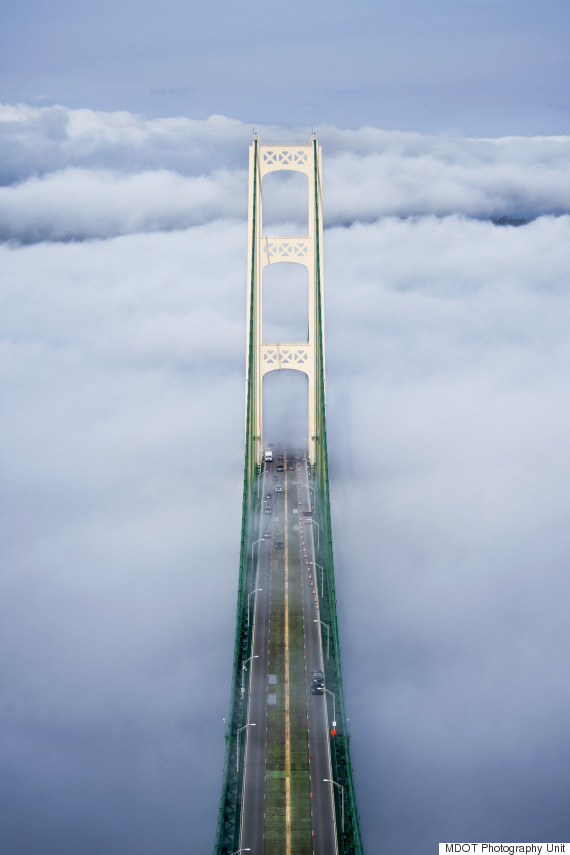 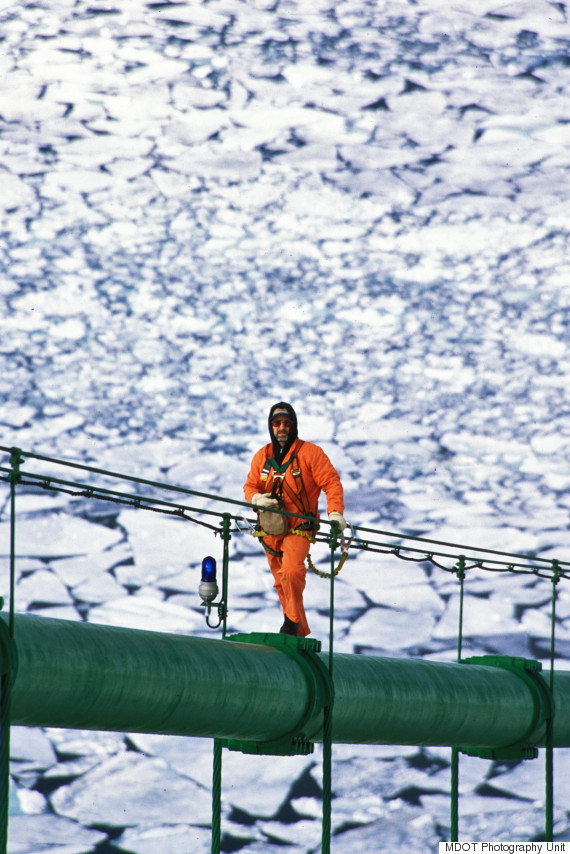