LAS VEGAS -- In a Tuesday speech in front of Latino activists, advocates and voters Vice President Joe Biden described how a Mitt Romney victory in November would initiate fiscal and social Armageddon.

Romney would deliver policies that eliminate opportunity, equality and government assistance in even the most extreme crises, Biden said. Romney’s America would heap benefits on the rich while clawing back critical government supports for minorities, the poor and middle-class, including civil rights protections, college financial aid, Social Security and job programs, he told the National Council of La Raza conference. And Romney’s spending plans would hobble Head Start and nutrition assistance programs and remove 19 million people from the Medicaid rolls, Biden said.

Before he began, Biden asked a priest seated near the front of the audience for absolution because he was about to continue a personal tradition of "saying what I believe." Later, Biden asked those in the audience to close their eyes and imagine an America where a President Romney has the opportunity to appoint, “two more Scalias, two more Roberts, two more Alitos,” to the Supreme Court.

“Imagine what it would mean for civil rights, for voting rights for so much more that we have fought so long to accomplish,” said Biden. “Imagine a Justice Department that supports the continued effort to suppress rather than challenge the right to vote. That is what will happen if Gov. Romney wins. He is not a bad man -- he is a family man. He’s a decent man, but he has a fundamentally different view of ... America.”

After Biden’s speech, Hector Barreto, the former director of the U.S. Small Business Administration under George W. Bush, spoke with both English and Spanish-language news outlets about Romney’s commitment to Latino voters. Barreto described Biden’s remarks as a shocking departure from the messages of hope that characterized the Obama campaign in 2008.

“It came off as if there are a lot of things to be scared about,” said Baretto. “But what I got that was striking is that when he talked about how Hispanics are suffering, there is absolutely not acceptance that anything that the administration has done has contributed to the recession lasting longer.” Barreto is the chairman of the Latino Coalition and co-chairs a group working to deliver Latino voters for Romney.

Romney supports policies that would make it easier for American entrepreneurs, including increasing numbers of Latinos, to build businesses, Barreto said. Those businesses, rather than a growing government infrastructure, will provide the stable housing, health care and money to fund college educations, he said.

Biden’s remarks cast Romney as an immensely wealthy and “out-of-touch” American who is unfamiliar with the immigrant experience of Biden’s Irish ancestors and those of many Latinos in the room -– discrimination, economic struggle and setbacks that must be overcome with hard work. Romney’s distance from the “ordinary” and the Republican Party’s growing disdain for compromise led Romney to describe Arizona’s S.B. 1070 as a “model” for other states, Biden said.

Romney’s “support” for the Arizona law, which allows police to detain people and demand immigration documents, also makes him a hypocrite, Biden said. “He wants you to show him your papers but he won’t show us his,” Biden said. He was referring to Romney’s release of one year's tax returns.

Just before the Arizona primary, Romney described a portion of S.B. 1070 that requires businesses to verify that workers are legally eligible to work in the U.S. as a model for other states.

Biden insisted that Romney’s wealth makes the former Massachusetts governor prone to believe that trickle-down economic policies and market forces will deliver solutions for the 16 million Latinos -- a third of the group's under-65 population in 2010 -- who didn't have health insurance. Romney also would rely on the free market to protect families from same fate as 1.3 million Latinos who have lost homes to foreclosure, Biden said.

Biden addressed the NCLR conference after President Barack Obama and Gov. Mitt Romney declined invitations to speak. The vice president was one of several senior Obama administration officials who announced policy proposals or laid out positions on issues of concern to Latino voters.

A Romney surrogate, former U.S. Commerce Secretary Carlos Gutierrez, ultimately agreed to address the convention on Romney’s behalf early this week, but NCLR declined. The day that Gutierrez was available had already been filled, said Janet Murgia, NCLR president and CEO. Instead, the Romney campaign delivered a five minute commercial detailing his family life and lengthy marriage, oversight of the Olympic games and business experience.

In addition to immigration and voting rights issues, Latinos are deeply concerned about the economy and the availability of jobs, said Eric Rodriguez, an NCLR vice president who focuses on public policy matters. Overall unemployment has slowly edged down to 8.2 percent in May and June. But Latino unemployment remained at 11 percent in June.

“I think that truthfully, while our members are very concerned about immigration and the implications of policies such as S.B. 1070 and we certainly want to know more about Gov. Romney’s current perspective,” said Rodriguez, “There are a lot of issues on which Latinos really need to hear from the governor directly.”

Romney has shared his ideas on immigration reform, economic policy and health care with a number of Latino organizations, Barreto said.

A Romney immigration overhaul would not include amnesty for 11 million undocumented immigrants believed to be living in the United States, Barreto said. Barreto declined to provide details about the sort of comprehensive immigration reform Romney would seek.

“Unfortunately, you can’t be in five places at the same time,” Barreto said, referring to Romney's absence. “But I think the commitment is there. Everybody understands how pivotal the Hispanic community is going to be.”

Romney is slated to speak to an NAACP gathering in Houston on Wednesday. 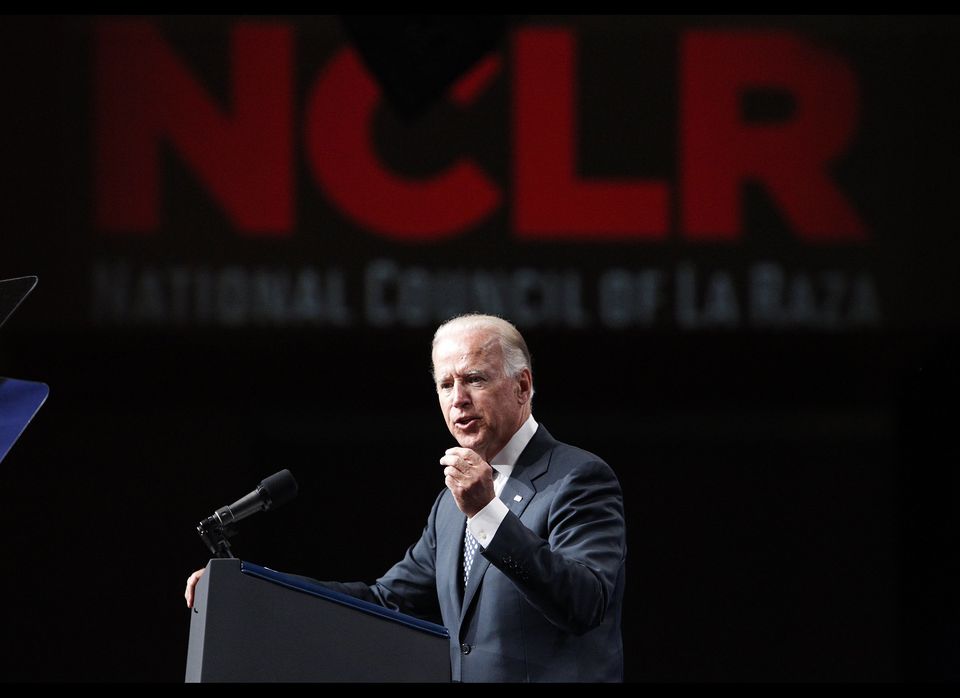