From her home, Mary Lampert, 70, has a clear view of the Pilgrim Nuclear Power Station, which sits just across the Duxbury and Plymouth Bays in coastal Massachusetts. The proximity, Lampert says, lends itself to a good deal of contemplating "what ifs." Among these: what if the Pilgrim plant experienced a meltdown like the one that unfolded just over a year ago in Fukushima, Japan?

"I live just six miles from that plant across open water," says Lampert, a staunch advocate for tougher oversight of the nuclear power industry. "It always comes down to public safety versus the cost to industry of implementing something."

So it has been, Lampert argues, with one seemingly straightforward emergency feature: Requiring a filtered vent in the concrete containment buildings surrounding nuclear reactors like the one at Pilgrim.

Such a vent would come into play in only the worst sort of emergency, when the usual means for keeping the reactor core cool are lost and things inside are heating up to the point of becoming explosive. Operators can then open the vent and exhale the pressure directly into the air. The filter would capture dangerous radioactivity, to prevent contamination of the surrounding area.

Until now, vents have been an optional feature for American plant operators, but in March, the Nuclear Regulatory Commission issued its first orders since undertaking a review of safety systems and procedures at American plants in the aftermath of the disaster in Japan. Among the orders was a requirement that reactors of similar pedigree to those used at Fukushima should have containment vents installed. For reactors that already have them, steps should be taken to ensure they operate in an emergency, officials declared.

To the dismay of Lampert and others, however, regulators have not required filters, at least not yet. The order left the matter open for further discussion.

Not everyone agrees that the investment in filtered containment vents, and the marginal benefits they would afford, is worth the cost. In a document providing guidance to plant operators analyzing various alternatives for mitigating severe accidents, the Nuclear Energy Institute, the industry's main lobbying group, put the value of such an investment at precisely zero.

Pilgrim Watch, a nuclear safety group headed up by Lampert, filed a challenge to the NRC's vent order earlier this month. Meanwhile, a public meeting to discuss guidelines for the vents -- including the advantages and disadvantages of filters -- is scheduled for Wednesday at NRC headquarters in Rockville, Md.

NRC staff is expected to issue guidance on the filters by July.

Just how much the introduction of such filters might cost the industry is unclear. The order issued by the NRC concerns just a fraction of the nation's 104 nuclear power reactors, including 23 so-called Mark I reactors and eight Mark IIs. The 2005 NEI guidance document put the price tag of a filtered vent at $3 million, but a spokesman for the NEI said that was an old number dating to 1994 and "for a component that is not seismically designed," as would be required now.

Dale Klein, a former NRC commissioner who now sits on the board of directors of an Arizona energy conglomerate, suggested in an email that the price for a system might be on the order of $15 million. A contract to install a filtered venting system at a plant in Romania was valued at about $48 million.

Advocates say that whatever the real cost, the benefits of forestalling widespread contamination of areas around a troubled nuclear power plant are significantly higher.

"It's baffling that any one would even contemplate not filtering the gases released during severe accidents," says David Lochbaum, a nuclear engineer and longtime advocate of nuclear safety with the Union of Concerned Scientists. "Under such conditions, the likelihood that these gases would contain huge amounts of radioactivity approaches 100 percent. So in a situation when the gases contain the highest levels of radioactivity, we will release them with the least amount of protection for the workers and the public."

Discussion of vents on nuclear power plants, particularly on so-called boiling water reactors, which often have smaller, less-robust containment systems, is nothing new. Frank Von Hippel, a former assistant director for national security in the White House Office of Science and Technology, noted in an essay in the Bulletin of the Atomic Scientists last year that the idea has been around since at least the late 1970s.

Von Hippel himself advocated for the devices in an article following the accident at a reactor at Three Mile Island, near Middletown, Pa., in 1979.

"I don't understand why it hasn't been done," Von Hippel told The Huffington Post. "I guess it's just that they say, 'Don't worry, a meltdown won't happen, so we don't need to add yet another layer of protection.'

"Well, I have a different cost-benefit analysis than the industry does," he added, "and the NRC should as well."

A task force created by the NRC after the Fukushima accident to develop recommendations for potential safety upgrades in the U.S. quickly identified containment vents as a top priority. The four reactors at Fukushima had unfiltered containment vents similar to those already installed at most of the 23 Mark I reactors in the United States, but amid the unfolding catastrophe, investigators have suggested that plant operators may have initially delayed using the vents, for fear of contaminating the area before it was fully evacuated.

Later, when Japanese operators finally attempted to use the vents, some of them malfunctioned, and the high levels of radiation made it difficult to open them manually, possibly contributing to hydrogen explosions inside the containment buildings. Such explosions, which can result in an uncontrolled release of radioactive gases, are precisely what the vent systems are designed to forestall.

Japanese nuclear regulators have now required the installation of hardened vents that can function properly and predictably under all conceivable scenarios, including power loss. They also have required that the vents include filters, to prevent contamination of the surrounding area.

Gregory Jaczko, the chairman of the Nuclear Regulatory Commission, suggested in a telephone interview that part of the problem in the United States is that the risk models used by the agency to gauge the value of regulatory measures have mostly been concerned with preventing or limiting direct human exposure to radiation. "That's the nuts and bolts of how we think about safety," he said.

The use of a containment vent would come as nearly a last resort in an emergency situation, Jaczko explained, long after multiple and redundant safety schemes had failed, and well after any surrounding population had been evacuated from the area.

In the traditional calculus, adding a filter would do little to further inoculate against human exposures.

But Jaczko, whose reputation as a reformer has put him at odds with his more industry-friendly fellow commissioners, has begun advocating for a broader view of risk -- one that includes not just human exposures, but the possibility of widespread contamination of the surrounding environment.

"We also want to begin thinking about what happens when the people are gone, and you have contamination that keeps people out of their homes, or keeps businesses in the area from being able operate, sometimes for 20 or 30 years," Jaczko said.

Regardless of how remote the possibility is that vents would be needed -- the Fukushima disaster was the first time in the history of nuclear power that such vents were put to the test -- weighing questions of broader environmental contamination would seem to argue for installation of filters. Jaczko cautioned, however, that they were not a panacea and that NRC staff were carefully examining the issue ahead of issuing guidance in July.

Asked whether the commission spoke with one voice on these issues, Jaczko said, "The commission does, but the individual commissioners don't. There's been a lot of differences and discussions about the right way to approach these things," he said.

Jim Riccio, a nuclear analyst with Greenpeace, said delays on filters are unacceptable. "If you're going to try to save the reactor by dropping radiation on the public, I want it filtered," he said.

Steve Kerekes, a spokesman for the Nuclear Energy Institute, would only say that the nuclear power industry was examining the issue of filters.

"When the U.S. nuclear energy industry last spring created a leadership structure to integrate and coordinate our ongoing response to the Fukushima Daiichi accident, we reiterated our commitment to ensuring safety at U.S. reactors informed by lessons derived from Fukushima," Kerekes said in an email message. "It is within this context that the subject of filtered vents is being evaluated."

Kerekes refused repeated requests to discuss the matter any further.

Mary Lampert, however, is undeterred, arguing that the vents are just one of many aspects of nuclear power safety that need to be upgraded. She ticked off a list of nations where filtered containment vents are now required. 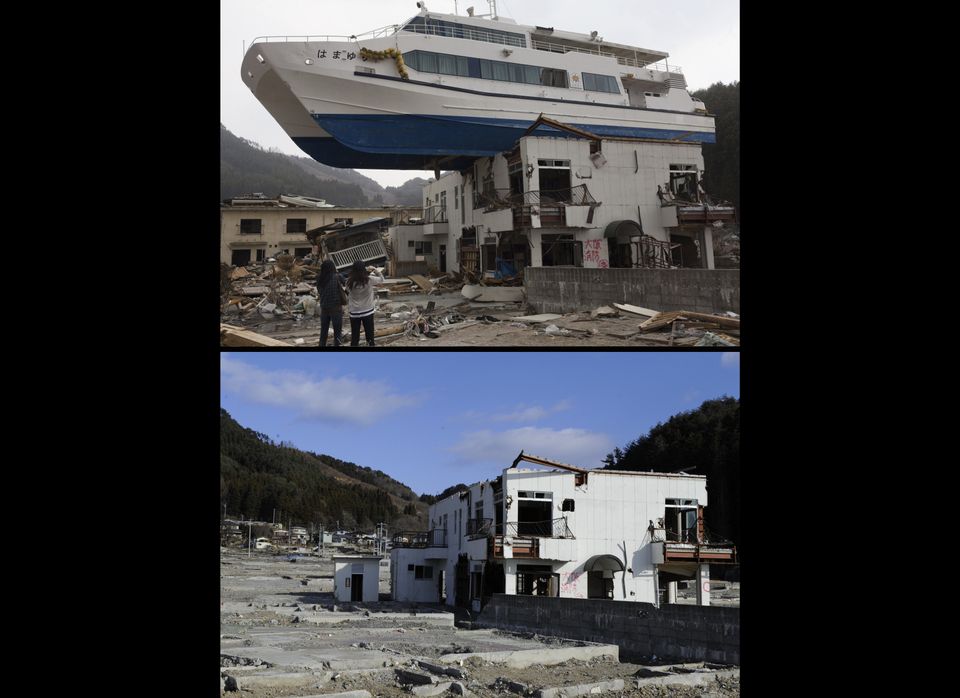