Climate deniers in Congress must be delighted that they are successfully undermining the chance that after 20 years of negotiations, the international community will finally reach a climate deal this year. It is up to the rest of us to make sure their success is short-lived. Very short-lived, in fact.

The climate denial caucus in Congress has launched a salvo of budget resolutions, funding rejections, lawsuits, "just say no" letters and other antics to demonstrate to the rest of the world that any commitments the Obama administration makes on greenhouse gas reductions might as well be written in disappearing ink. Other nations apparently are getting the message. ClimateWire, among others, reports that "diplomats from around the world ... worry about Republican attacks on climate action in the United States could undermine a global accord." 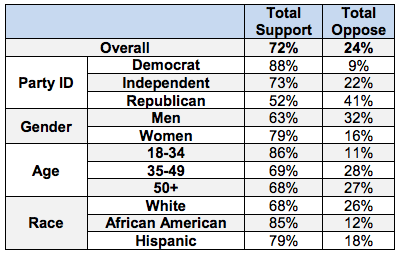 The attempts to derail a global climate deal are in defiance of the silent majority of American voters who want the United States to participate in and lead the negotiations. Public opinion research has shown consistently that such a majority exists. The Benenson Strategy Group found in January, for example, that 72 percent of likely voters across partisan and demographic lines are in favor of an agreement that commits all countries to reducing carbon emissions. Sixty-five percent of likely voters want the United States to reduce greenhouse gas pollution no matter what other nations do.

These opinions mean nothing, however, if voters express them only to pollsters. The only poll of consequence is taken every two years in the nation's voting booths. The presidential candidates and members of Congress must be persuaded that if they don't make a commitment to climate action, they will not be elected in 2016.

Why? While the future of our children should be enough, climate change eats away at the foundation of virtually every issue Americans worry most about today: the economy, national security, good jobs and public health, for example. So making climate action a central issue does not turn the 2016 election into a single-issue event. Climate change is the common denominator of many important priorities for the American people.

Outside the political process, Americans of all affiliations are participating in the energy revolution that must take place to reduce carbon emissions. The popularity of carbon-free solar and wind energy is rising with impressive speed. Renewable energy technologies already are creating thousands of jobs in red and purple as well as blue states. Most states have renewable energy requirements, and most have successfully defended them against opponents' attacks.

Unconventional allies have joined the movements for renewable energy and climate action. Among them are organizations on all parts of the conservative spectrum and nonpartisan groups normally associated with conservatives. They include Conservatives for Energy Freedom, Conservation Hawks, the Southern Baptist Environment and Climate Initiative, Young Conservatives for Energy Reform, and many others. Forbes reports that "conservative Americans are, in fact, very much at odds with the vacuous climate denialism peddled by many members of the Republican Party's national leadership."

Prestigious Republican thought leaders such as former Treasury Secretary Henry Paulson and several former administrators of the EPA in Republican administrations are speaking up on the urgency of taking immediate and aggressive action against climate change. A growing number of Republican thought leaders publicly support a price on carbon, a policy widely regarded as the most effective way to reduce emissions. A new organization, the ClearPath Foundation, is working to coax out of the closet the many Republicans who accept climate science but haven't said so.

A Reuters/IPSOS poll in February found that 72 percent of Americans feel they are morally obligated to take climate action in their personal lives and 66 percent believe that world leaders are morally obligated to act. But the moral obligation is lost on climate deniers in Congress and the special interests that help elect them. Those interests know that scuttling an international treaty this year could scuttle it forever. It has taken six years for nations to regain momentum since their failure to achieve an agreement in Copenhagen. A failure this year will kill momentum for many years to come, possibly until uncontrolled carbon emissions have pushed climate disruption past the point of no return.

It is not just climate deniers and fossil energy interests who will be culpable if this happens. It will be everyone in politics and civil society who stood by and let them prevail. Even the credibility of the great American experiment will be among the victims as the rest of the world sees how easily democracy can be rendered impotent by the selfishness of the few and the complacence of the many.

This is a call for immediate action. The silent majority should swamp Congress with a tsunami of social media to make clear that members who oppose climate action will not win elections. It should send a signal to the international community that climate deniers in Congress do not represent the American people, and that despite our confusing changes in leadership, we voters will guarantee the sustained U.S. commitment to fight global warming. The diverse organizations that oppose carbon pollution and support clean energy should join around these common causes, regardless of how different their positions are on other issues.

There have been many Paul Revere moments over the years when we have been told we have reached crucial moments to prevent climate catastrophe. The climate movement often has come across as alarmist. But this really is one of those moments. All hyperbole aside, if we miss it again, we will become the generations that failed the future.