Not often does an important new museum open in New York City. One is possible now because the Roosevelt Island Steam Plant is about to be decommissioned. This plant supplies energy to the two long-term care hospitals on Roosevelt Island, one of which will combine with the other as the new $2 billion post-modern campus for Cornell NYC Tech rises across from the U.N. 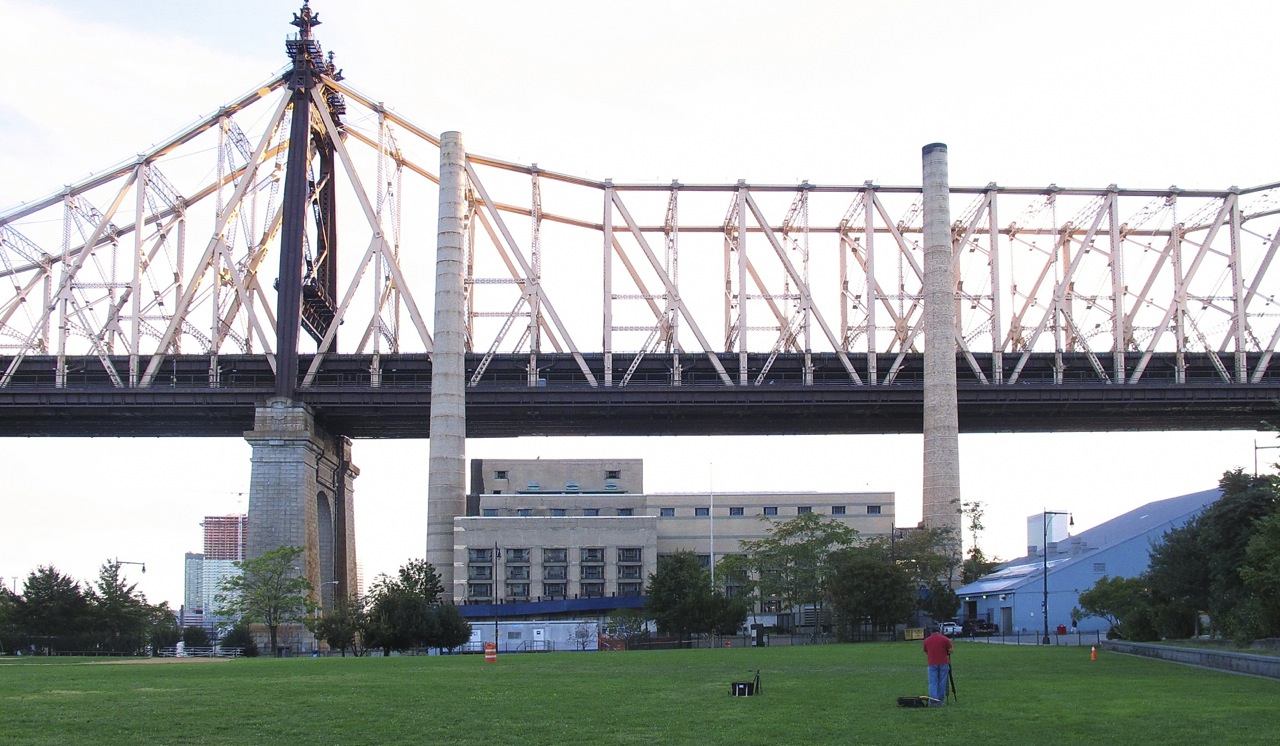 Friends of the Roosevelt Island Steam Plant (FRISP) propose that the space could become similar to the Tate Modern in London - The Museum of Technology, Art & Science (MOTAAS). 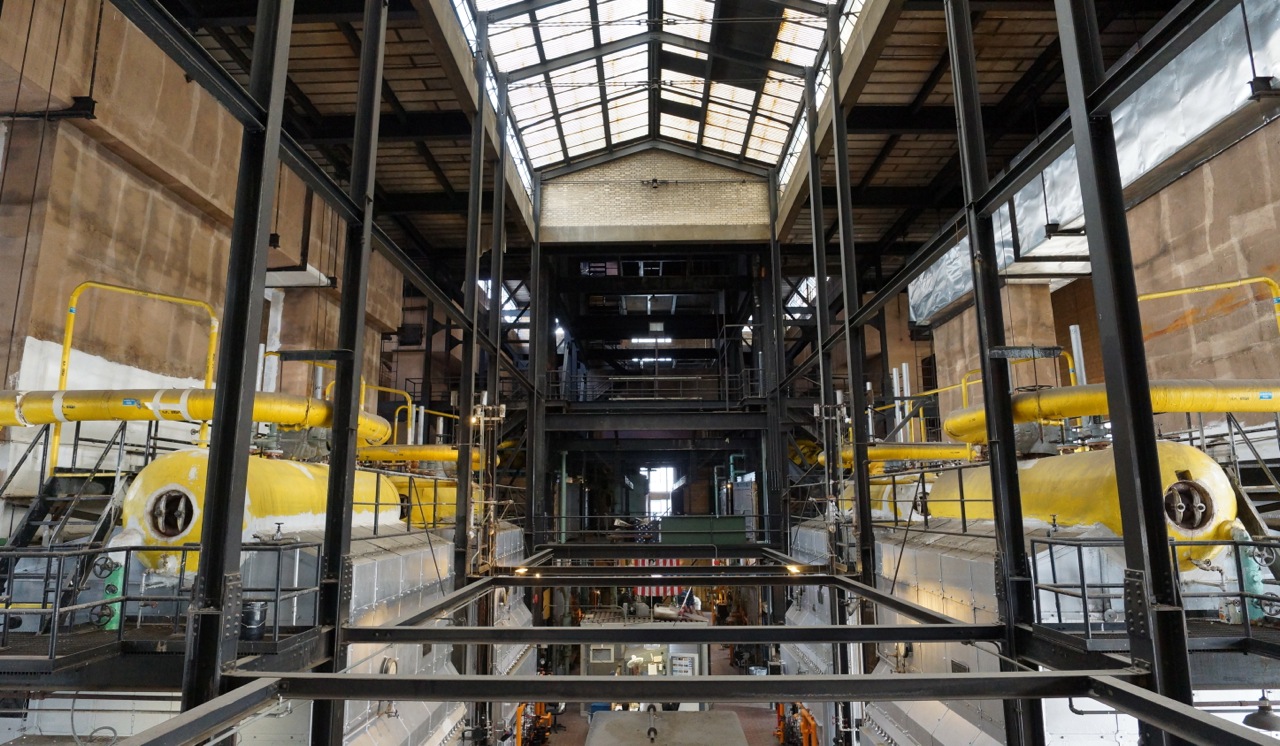 Cornell NYC Tech will replace Goldwater Hospital, near the new FDR Four Freedoms Park and the ruins of the Smallpox Laboratory ("Renwick Ruins") eerily visible from the FDR, is a sprawling ten-acre campus of grand but ancient buildings soon to be replaced. The Steam Plant already stands as a monument to technology and repurposed as MOTAAS would complement Cornell's technological presence. 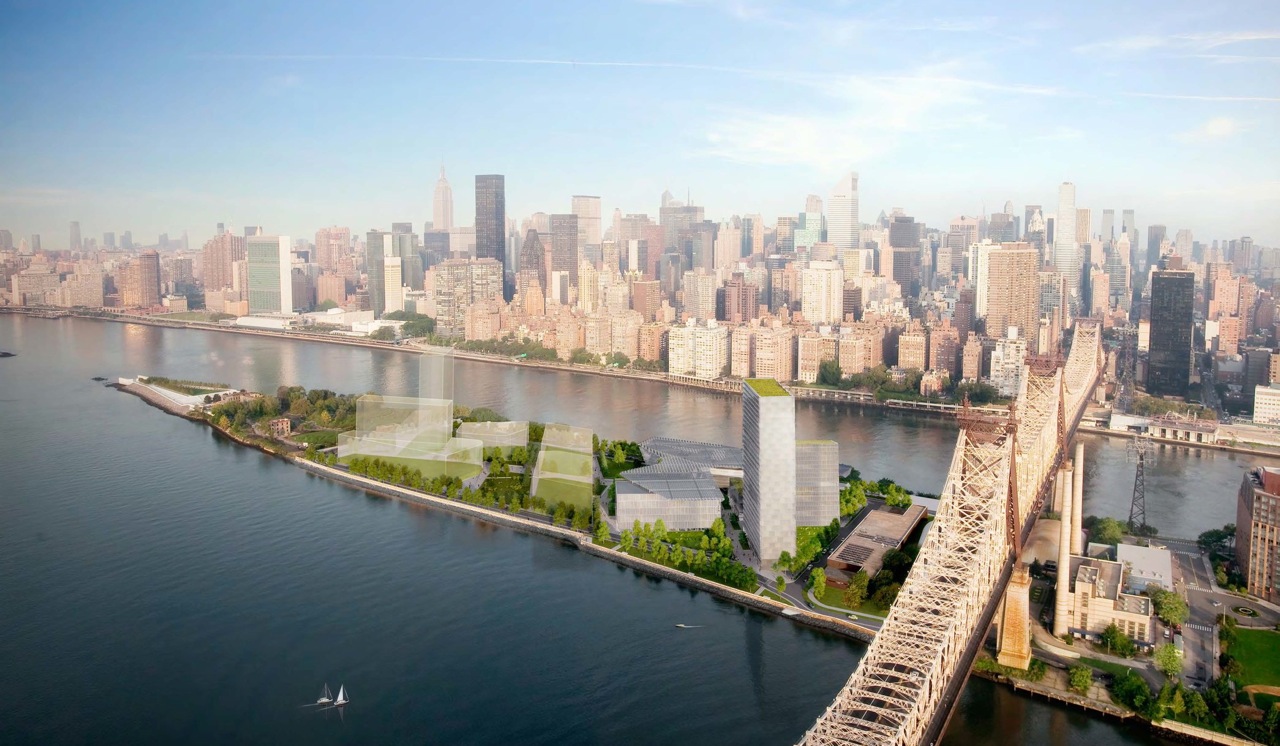 Architect Tadeusz Sudol, Ph.D. of the Roosevelt Island Visual Art Association (RIVAA) is the visionary behind the concept of the Museum of Technology, Art & Science (MOTAAS). I wrote about RIVAA Gallery's exhibition depicting Tad's vision for the plant, along with images of technology inside the structure last year (story). 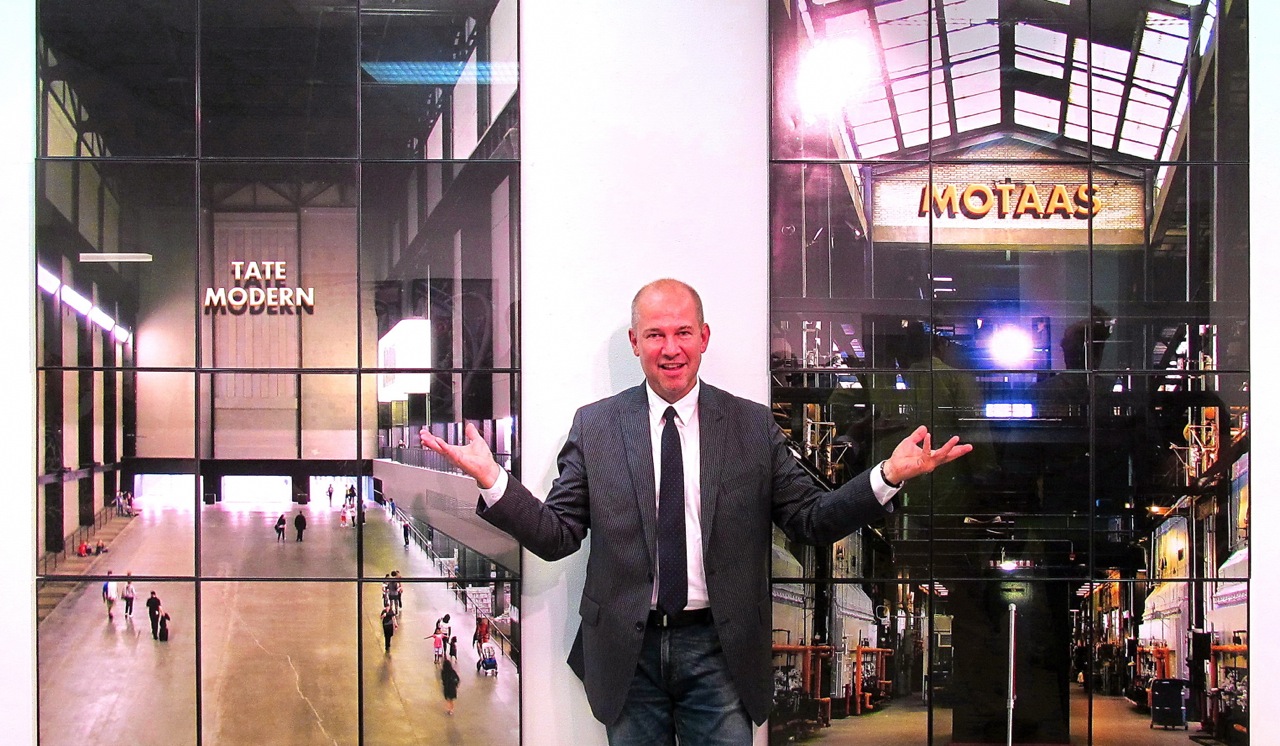 Architect Tadeusz Sudol, Ph.D. is the visionary behind the Museum's concept.

During a recent FRISP meeting, Tad told me with great enthusiasm:

This 'Silicon Island of the East' with Cornell and Technion is the perfect site for the museum, with it's entrance ten feet away from the tram on one side and across the street from the expected ferry terminal.

We will celebrate New York's connection to the Arts, Science and Technology - highlighting connections to Cornell, Technion - as well as the new FDR Four Freedoms Park.

Historically, with the Renwick Ruins - a smallpox vaccines laboratory seen rom the FDR - and Gallery RIVAA, Roosevelt Island is the epicenter of Arts, Sciences and Technology floating between Manhattan and Queens!

Tad's powerful photography unveils the hidden and intriguing beauty of the harsh world of man's machinery from the beginning of the century, which ought to be saved for the generations to come and confronted with the new green, safe and efficient visions of our future. The ghosts of those who have worked here for so many years seem to linger. 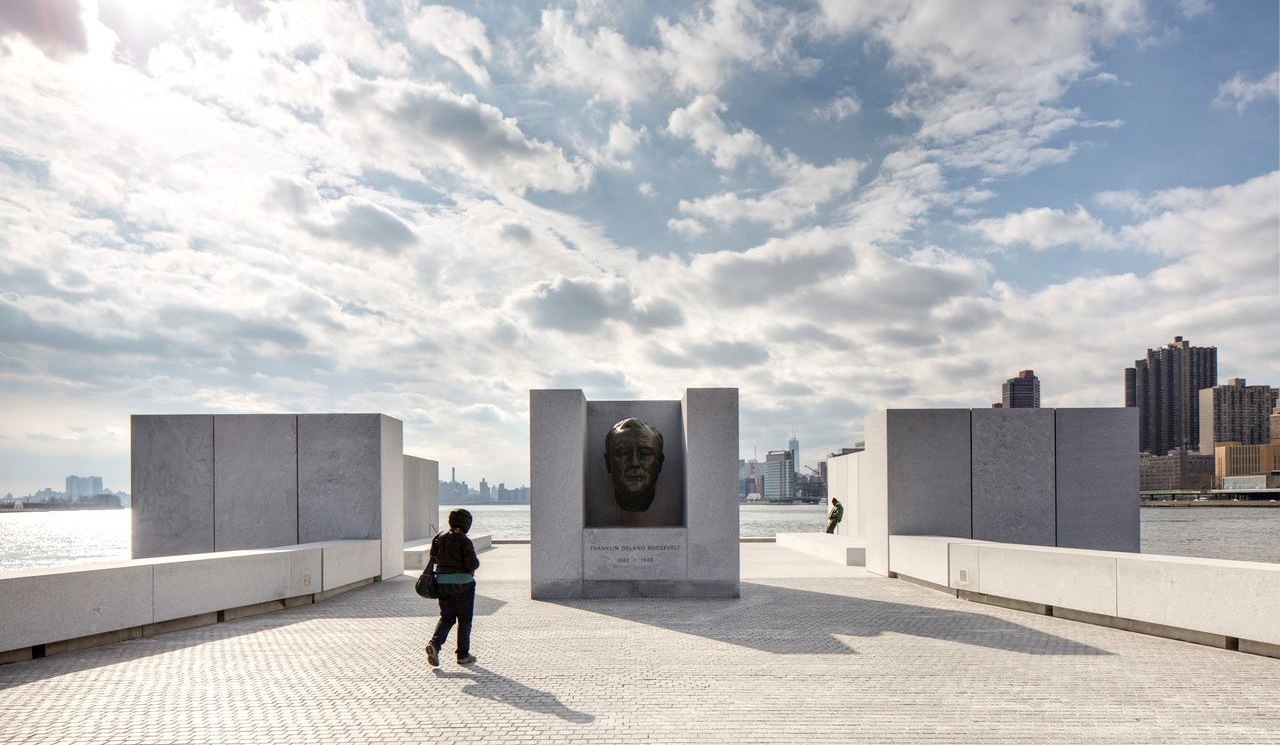 MOTAAS, with its convenient location between the Roosevelt Island Tram Station and the incoming ferry terminal, underneath the Queensboro Bridge, could make Roosevelt Island a destination point for all New York City visitors similar to the High Line in Manhattan. 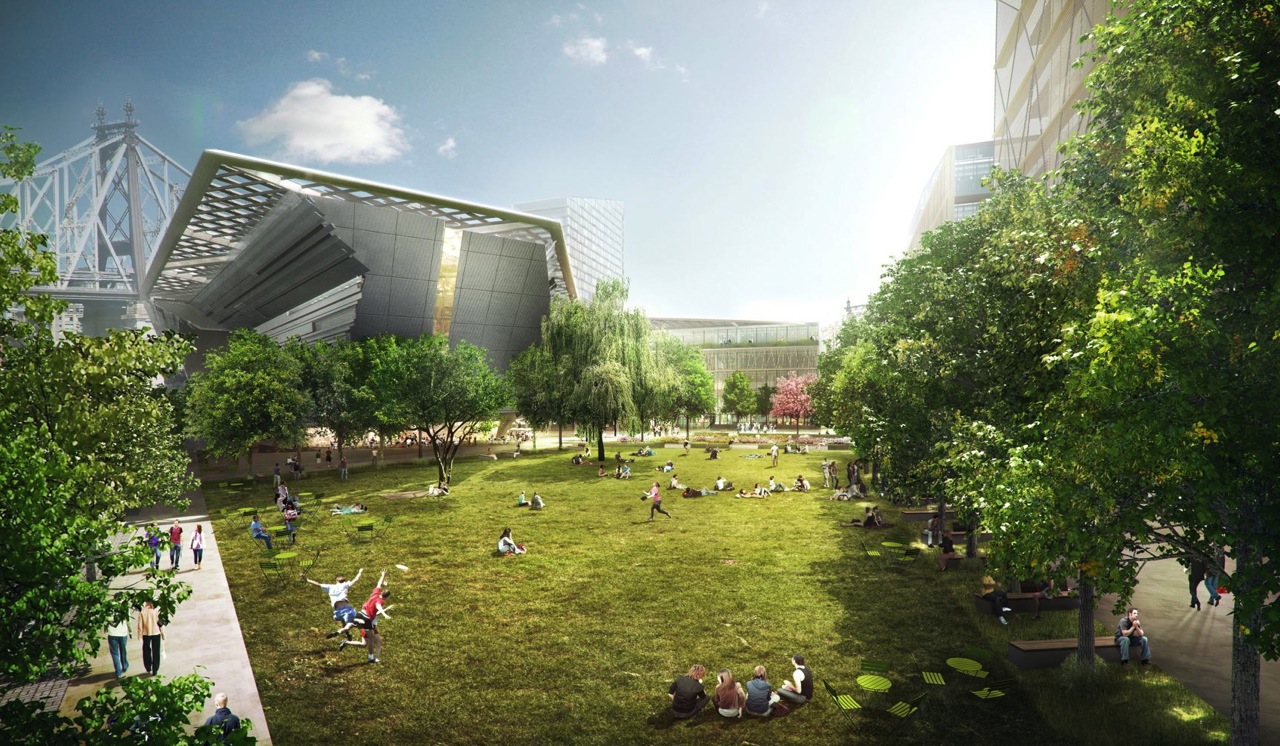 I am delighted to be brought on board to help promote the creation of the Roosevelt Island Museum of Technology, Art & Science. Many brilliant artists are working today using computer technology as a medium, while others look to the humanistic traditions of the Renaissance to integrate painting, drawing, engineering and the natural sciences in their work.

The history of the Roosevelt Island Steam Plant represents a powerful bridge between the two, containing, as it does, brilliant examples of the utility and craftsmanship of mechanical engineering.

Roosevelt Island has also long been a magnet for architects and urban planners. The Museum of Technology, Art & Science will be a compelling gateway to understanding the beauty and innovation of these disciplines. 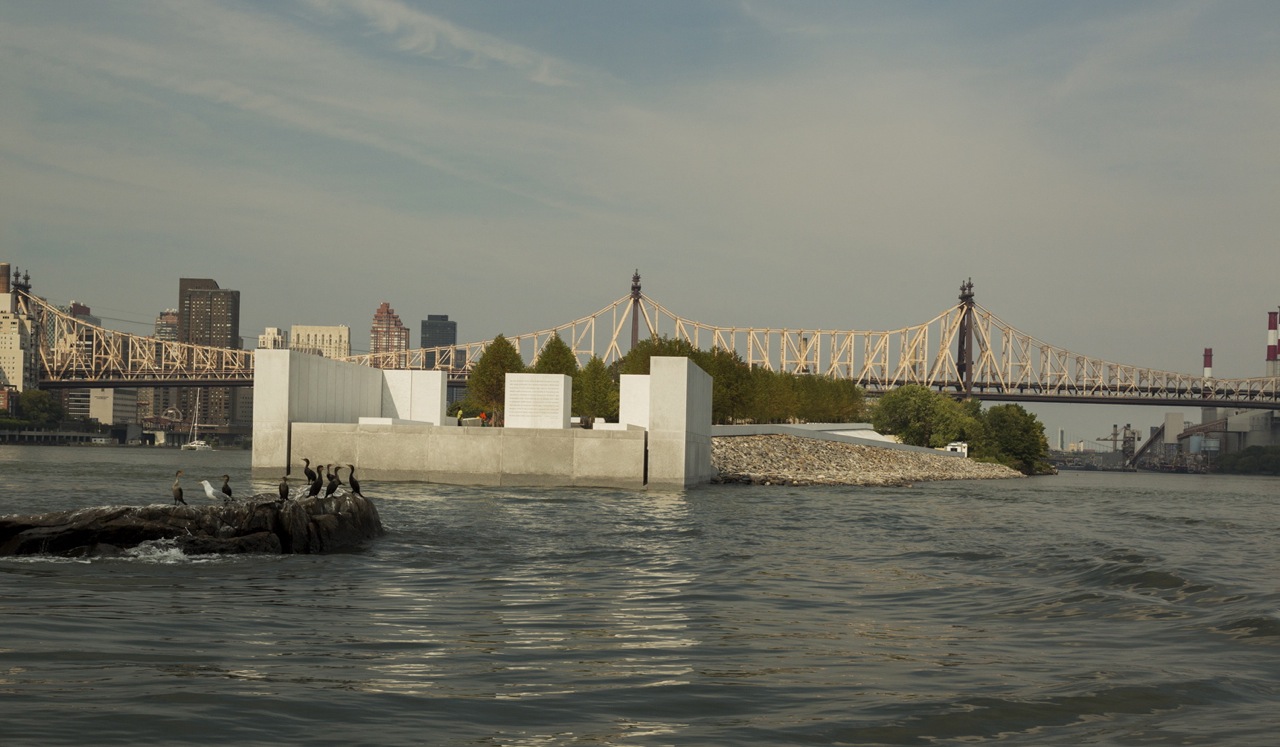 John Weatherhead, president of FRISP, is one of the original residents of Roosevelt Island and long-term president of it's first cooperative, Rivercross. He told me:

Roosevelt Island is the result of urban planner Edward Logue's vision of a transformation of what was once called 'Welfare Island' -- originally developed to house a variety of hospitals, mental institutions and prisons -- into a ground breaking mixed-use community in the heart of New York City.

Philip Johnson's master plan was never fully realized, but the evolution of the Island's development has done justice to the original concept. The Steam Plant reinvention to MOTAAS would help complete the circle and tie together the technological, architectural and educational elements of this groundbreaking experiment in urban development and planning.

MOTAAS would provide the ultimate and possibly last opportunity on the island to complete and fulfill Logue's dream. Rarely does such a dramatic space come available, and at the nexus of the unique urban center that is Roosevelt Island. It would be a catalytic unifier of this vibrant and diverse community enhanced by the influx of the students, scientists and engineers with Cornell. 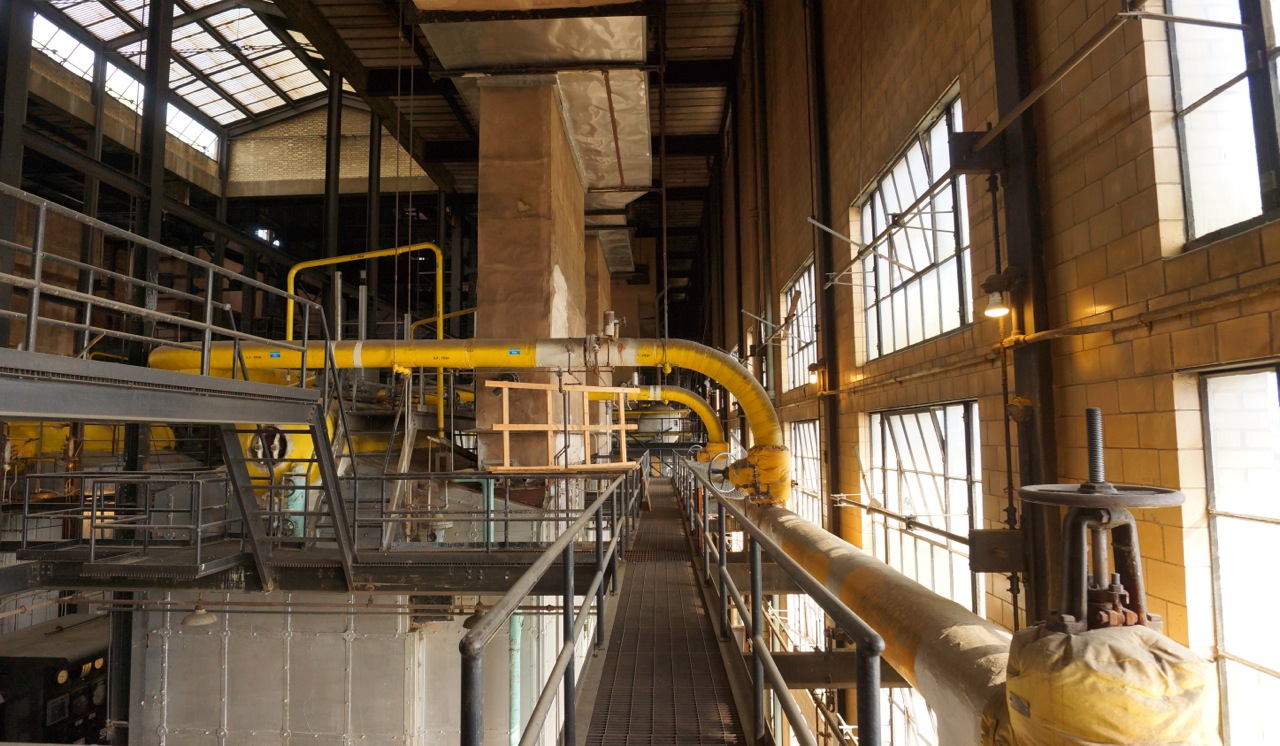 The interior of the Steam Plant. Credit: John Lee/www.stewardshipreport.com.

I have lived and raised a family on Roosevelt Island for fourteen year - many have been here since the late 1970's. To appreciate how important the museum would be, you need to know a little about this incredible island:

The community was designed to integrate upper, middle and lower-income residents into an infrastructure friendly to people with disabilities.

The iconic architectural masterpiece designed by Louis Kahn as a memorial to president Franklin Delano Roosevelt is located at the southern tip of the island.

Just north of the FDR Memorial are the ruins of the Smallpox Laboratory designed in the mid-19th century by James Renwick who also designed St. Patrick's Cathedral.

Between Cornell and the Renwick Ruins is the recently constructed Southpoint Park.

Tad Sudol commissioned a short film for the MOTAAS exhibit at Gallery RIVAA shot in the Steam Plant titled "Steam Plant Dance" available on Vimeo. Inspired by a dance event at the Tate Modern, Tad encouraged dancers to perform and interact in the Steam Plant Space. The film captures their interactions with the future MOTAAS and choreographs a free form interplay with the working Steam Plant. 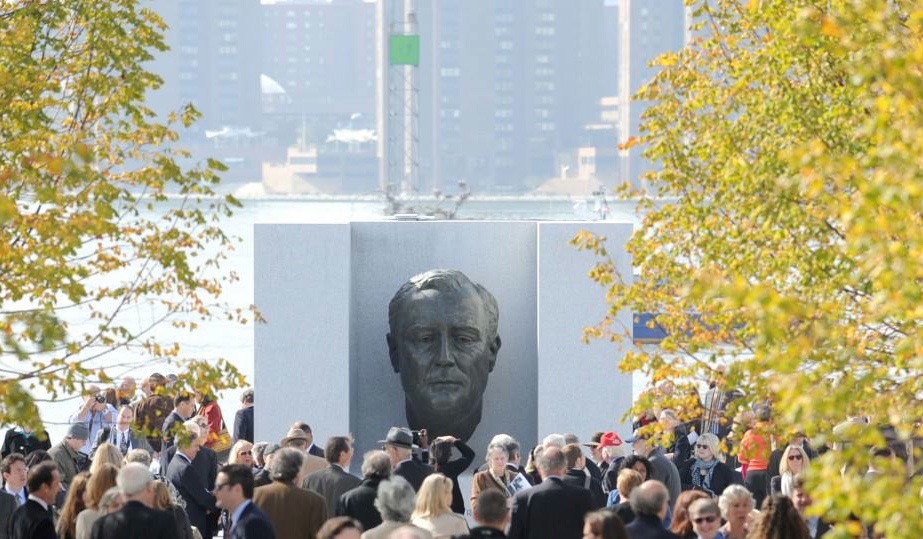 Art inspires, it attracts and it draws people together. This new museum would celebrate the complex technology within the plant structure, leaving some as technological sculptures and repurposing much of the rest as sculptural elements within and outside, across the extent of the island.

The space on the ground floor not occupied by the existing machinery exhibits would be devoted to galleries and a possible welcome center for the FDR Four Freedoms Park. The interior height would permit an additional three floors, two of which would be galleries, the fourth or top floor would be a combination of gallery space and dining.

The full basement is available for galleries, theater, learning space and offices. The architectural and artistic possibilities are intriguing and exciting. MOTAAS would make Roosevelt Island a prime destination point in New York City. 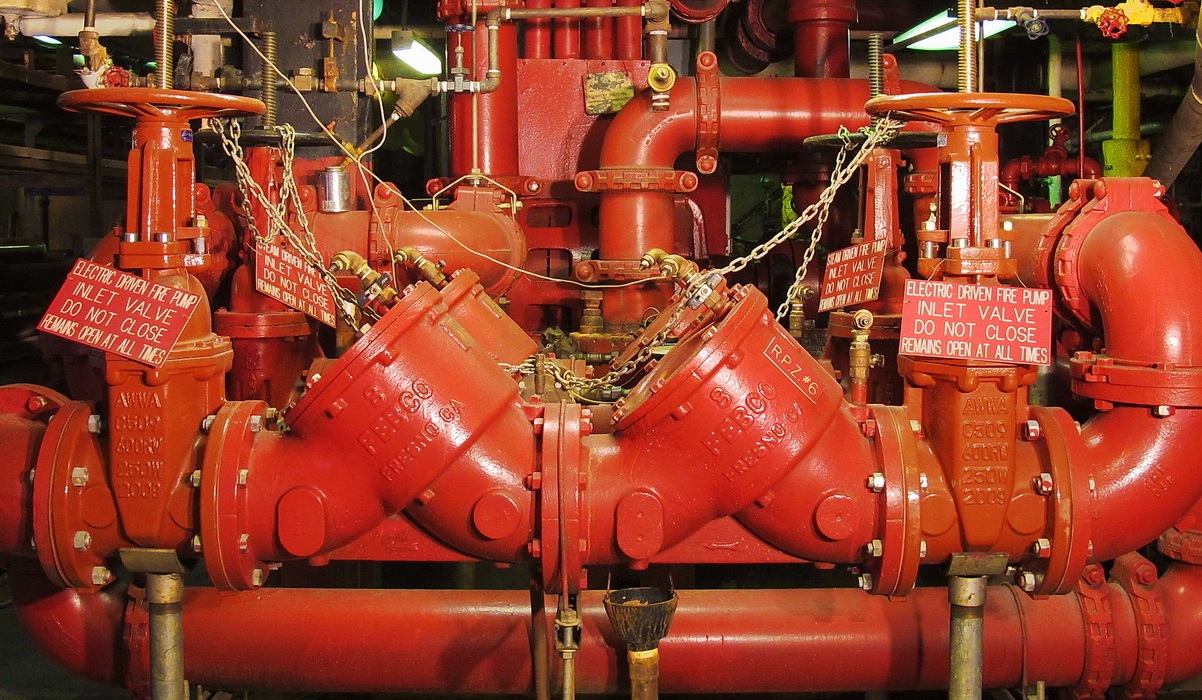 Potential donors, sponsors, and foundations contacted have expressed keen interest in this project as have major artists. The unique architectural and display possibilities are an obvious attraction as is the artistic, technological and educational venue that is Roosevelt Island.

No less important would be its function as a bridge to connect all New York City's important existing art institutions to those in Queens such as The Museum of the Moving Image, PS-1, and the Noguchi Sculpture Garden.

The direct economic benefits to Roosevelt Island would derive from leasing income, increased tourist traffic for existing businesses and establishment of additional businesses associated with the increased visibility and interest in the Island as a mainstream destination. MOTAAS would be the facilitator that would fully integrate Roosevelt Island into the fabric of the city and the commercial development that would flow from that. 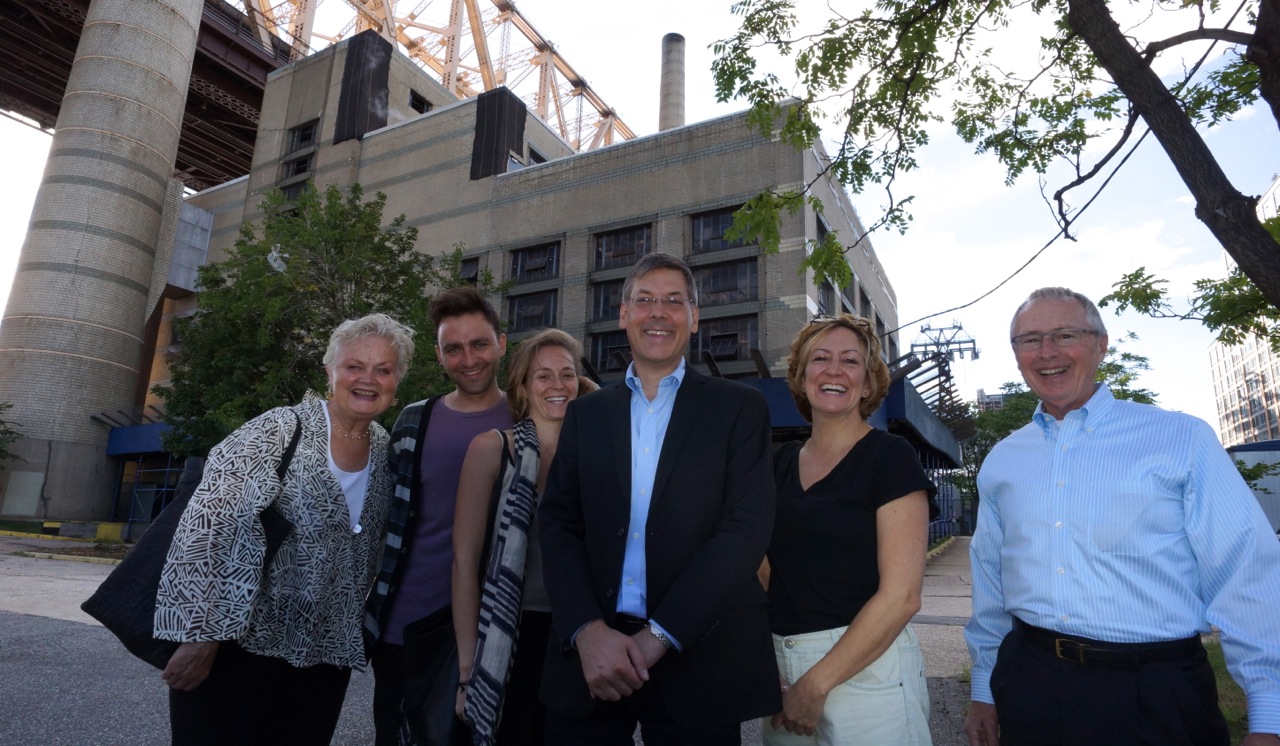 Support for the idea of a museum inside the Steam Plant is growing.

Prominent individuals and organizations Including Friends of the Roosevelt Island Steam Plant (FRISP), Gallery RIVAA, and my own J. Luce Foundation have expressed their support for the Museum of Technology, Art & Science - MOTAAS.