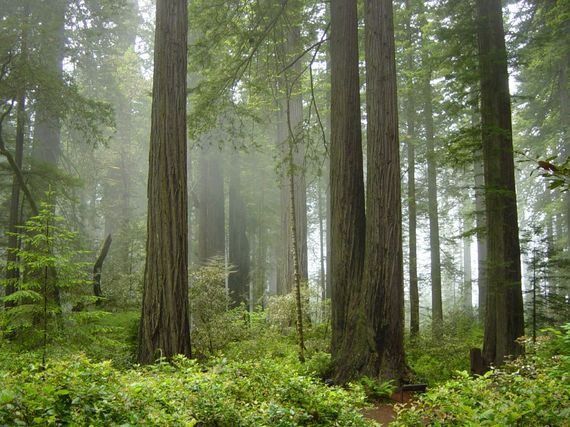 Written with Duncan Hosie, this is the second in a two-part series about voter turnout decline in California and ideas to reverse it. In our first post, we detailed the nature of the problem of low, declining and unrepresentative voter turnout. In this post, we analyze proposed reforms.

Record low and unrepresentative voter turnout highlights the pressing need for electoral reforms that engage more voters. But implementing the right electoral reform is crucial. Not all changes currently discussed in the public discourse will address the fundamental causes for falling turnout. For example, supporters of California's jungle primary argued that this reform would boost democratic participation in California. But according to reports by FairVote and the Public Policy Institute of California, Top Two has not reversed declining turnout in primaries and instead has generated unintended consequences. Similarly, even though journalists and election officials sometimes argue that expanding vote-by-mail options will augment turnout, the evidence is mixed.

What should California do, then? We don't profess to have all the answers. But we believe that the following four reforms would cultivate dynamic and equitable contests in consequential elections, primarily by shifting the electoral emphasis from primaries to (higher turnout) general elections. These reforms are applicable to other states, as well. Indeed, many states have primary turnouts even lower than California's.

Surveys reveal that California primary voters were decidedly unenthusiastic about their candidate choices. Top Two exacerbates this problem by severely limiting general election choices - and even denying voters a chance to vote for someone else with a write-in candidacy. Ultimately, blanket primaries enable a small, unrepresentative faction to eliminate most candidates before the higher turnout November election. Consider the open seat race for California's 33rd district, currently represented by Congressman Waxman. 21 candidates entered the fray, with intriguing candidacies from across the spectrum. But only two candidates (Democratic State Senator Ted Lieu and Republican Prosecutor Elan Carr) will advance to November, with Lieu now expected to coast to victory without any viable competition. All the real choice was in a primary that most voters ignored.

The current system also limits choice when members of the same party compete head-to-head in the general election. In 2012, voters in 7 California districts (the 8th, 30th, 31st, 35th, 40th, 43rd, and 44th) had either two Democrats or two Republicans on the general election ballot, with no other candidates or even the chance to write in a candidate. That's what makes Top Two interesting to some backers, but it's a real problem for voters who want to back more than a "lesser of two evils." This November, Republicans in the 17th district will face a choice between two Democrats (Representative Mike Honda and Ro Khanna) and Democrats in district will face a choice between two Republicans (Representative Tom McClintock and Art Moore) in the 4th district. These one-party contests leave many voters without a preferred candidate to support, leading a substantial rise in voter absenteeism -- perhaps as high as half of voters from the excluded major party will simply skip the race.

It gets worse for backers of candidates outside the major parties. Although minor forces compared to the California Democratic and Republican parties, third parties play a role in California politics. 7.0% of California voters are registered with a third party and another 21.2% have no party preference. At least 342,516 Californians, or more people than the total population of Iceland, voted for third-party candidates in 2012. Third party candidates in the 2012 election garnered 1.73% of all votes nationally, but 2.64% of votes in California.

Since the adoption of Top Two, no third party candidate has ever advanced to November in a primary where both major parties fielded at least one candidate. This year, fewer than one in seven Californians will have a chance to vote for a non-major party candidate in any statewide or congressional race in November 2014. Top Two "[wipes] out political diversity and choice" and "disenfranchises" thousands of Californians who identify with third parties, according to Michael Feinstein, a spokesman for the Green Party. Gale Morgan, the vice chairman of the Libertarian Party of Northern California, noted that "the top two primary is making it difficult" for his party to compete.

To provide voter choice and uphold the basic goals of representative democracy including real debate from across the spectrum, Top Two must be modified. We propose that California advance four candidates in each race rather than two. Then, in the general election, voters would rank their top three candidates in order of preference. Candidates could list the endorsement of a party or political association to give voters more information, and the winner would be determined by ranked choice voting, also known as instant runoff voting - a proven system in California and around the world. These changes would improve upon the most positive aspects of Top Two, by opening primaries and general election races to greater competition - far more races would have more than one candidate associated with a district's majority party, for example. At the same time, it would correct the system's biggest problems associated with giving primary voters too much power and depriving voters of ideologically diverse general election choices. Compared to Top Two, Top Four with RCV would encourage more voters to participate.

RCV also ensures that the decisive election occurs when turnout is highest. As a consequence, it precludes the possibility that the strongest candidates are eliminated in low-turnout primaries. Since 2004, San Francisco has used RCV to replace a system in which non-majority outcomes were decided in December runoffs that usually had much lower turnout. Ten years later, the results are impressive. San Francisco is second in voter turnout in mayoral elections among America's 22 largest cities, and city winners always are decided when the most people participate. San Francisco had 14 traditional runoff races between 2000 and 2003, 8 of which experienced a decline in voter turnout. In the subsequent 15 RCV elections between 2004 and 2010, 0 experienced a decline in voter turnout. Similarly, Oakland started using RCV in 2010, replacing a system where candidates could win with a majority in June, or advance to a November runoff. Since that change, 16 of the 18 offices elected by RCV have elected winners who had more votes than the previous winner in the old system - including electing a mayor who won more votes than any Oakland mayor in two decades.

2. A National Popular Vote for President

The current Electoral College rule excludes California's 24 million eligible voters from meaningful participation in presidential elections. By the time of the general election, presidential candidates routinely ignore California and over 34 other "spectator states." Instead, they use California as a pit stop for ritzy fundraisers. In 2012, for example, more than 99% of general election campaign events and spending were lavished on voters in just 10 states.

Ultimately, shifting campaign spending and attention to California would raise general election turnout. For this shift to occur, more states (representing 105 electoral votes) should adopt the National Popular Vote plan for president. The National Popular Vote plan is an inner-state agreement that guarantees election of the candidate who wins the most votes in all 50 states and DC. So far, the plan is more than 60% of the way to enactment, having passed in 11 states and jurisdictions, including California, representing a total of 165 electoral votes.

California should foster a culture that values and encourages voter participation. Enshrining an explicit, fundamental right to vote in the California and U.S. Constitutions is an important start. A constitutional right to vote would provide numerous tangible benefits to voters, notably greater protections from disenfranchisement, discrimination, and unfair vote counting standards. Symbolically, it would raise turnout by demonstrating a national and sustained commitment to voting. Encouraged and inspired by this change, cities and states could do much more to encourage participation, starting with the passage of Promote Our Vote resolutions.

In 2010, California voters approved Proposition 20, which granted the California Citizen Redistricting Commission the responsibility of drafting the state's Congressional districts following the 2010 Census. Proponents heralded the measure as an audacious reform that would reduce gerrymandering and initiate electoral competition. In reality, most of California's legislative districts remain firmly in one party's control after the reform.

In the short run, the new districts did upset the status quo. The redistricting initiated numerous retirements and intraparty competition (including the headline-grabbing showdown between Representative Howard Berman and Brad Sherman). Yet after incumbents settled into their districts and the dust settled, the redistricting failed to change the long-run, underlying partisan landscape. Take congressional elections, which remain overwhelmingly lopsided. After redistricting, California has the same number of swing districts (5), in which no party had a clear partisan advantage. Similarly, the number of districts that are "safe" for one party remained constant at 32. Although the Top Two primary opens up a handful of these races to more November competition (and, prospectively much more so with Top Four), the overwhelming number of districts are safely locked in for one party. As a result, congressional and state legislative races are almost never going to drive turnout.

Low voter turnout in California is a serious and intractable problem. Our agenda would not result in 100% participation - indeed, nothing short of rigorously enforced compulsory voting would achieve universal voting. But without changes to our electoral system, turnout will probably continue to fall and grow even more disparate, especially in primaries that play such a key role in the current system in shaping California's November ballots. By implementing FairVote's four reforms, California - and indeed all states -- can act decisively to promote turnout and ensure a representative democracy. To paraphrase William Faulkner, California can be the state of sunshine and high voter turnout.