The New York City Council is preparing to consider a trio of bills that would set the stage to convert the infamously violent jail complex on Rikers Island into a solar farm and wastewater treatment facility.

The bills mark what Queens Councilman Costa Constantinides, whose district lies just south of the jail complex, described as a bid to not only ensure the 400-acre island remains out of the grasp of luxury developers but also to curtail pollution in working-class neighborhoods and to broaden the scope of the historic Green New Deal legislation he helped pass last month.

If completed, the project would transform Rikers Island into a public utility hub that Constantinides said would make it easier to close the two dozen oil- and gas-burning power plants within city limits. The jail is slated to close by 2027, though that timeline could speed up.

One bill orders the city to complete a study of how much it would cost to install renewable energy ― most likely solar, though the legislation doesn’t specify the type of technology ― and batteries on Rikers Island. Another bill mandates a similar study for a wastewater treatment plant.

The third and most consequential bill transfers the deed to the entire Rikers landmass from the city’s Department of Corrections to the Department of Environmental Protection, giving the environmental agency power to begin converting structures on the island to sustainable uses once the inmate population falls below 5,000. The jail complex houses roughly 10,000 inmates today, the vast majority of whom are black and Latino New Yorkers from poor neighborhoods.

“We know all the atrocities that have happened on Rikers Island for close to 100 years,” Constantinides, who authored the bills, told HuffPost on Friday. “It’s important that we start planning for this renewable future now and not wait until the jails are closed.”

It’s an announcement sure to stoke excitement in a borough that’s become a political hotbed since electing Rep. Alexandria Ocasio-Cortez (D-N.Y.) and pressuring the world’s most valuable corporate behemoth, Amazon, to abandon plans to build a headquarters many feared would inflame gentrification. Queens is now gripped by a heated election that could propel a socialist public defender to the district attorney’s office.

The new legislation comes two months after the City Council voted 45-2 to approve the Climate Mobilization Act, a historic package of bills that offered what advocates praised as the clearest example yet of a municipal Green New Deal policy. The omnibus legislation set aggressive new energy efficiency standards for big buildings, added new incentives for renewables and ordered the city to study how to shutter its existing fossil-fueled power plants in the five boroughs.

The vote in April was hailed as a victory for housing and climate activists, whose coalition and protests added momentum to a legislative package the city’s powerful real estate lobby opposed.

The Rikers Island project could become a battle along similar lines.

Developers started eyeing the island shortly after efforts to close the jail started gaining serious traction. Among them, according to a 2016 Politico report, were executives at Related Companies, the firm that built the “billionaire’s fantasy city” in Manhattan’s Hudson Yards, and Forest City Ratner, the co-developer of Brooklyn megaproject Pacific Park.

On Thursday night, about 250 residents from across the country’s most diverse county packed the Jewish Center of Jackson Heights for a nearly two-hour town hall meeting on the proposal. Speaking at the event in her district, Ocasio-Cortez, the face of the Green New Deal movement, called a “renewable Rikers Island exactly the kind of vision we can espouse, create, develop and bring to fruition.”

“It’s no secret there are very powerful real estate lobbies in New York City, and every square inch is an opportunity to make a buck,” Ocasio-Cortez said at the event. “We’re really feeling that squeeze with housing, and a lot of folks have 10-year plans for our neighborhoods, so it’s time for us to make 10- or 20-year plans for ourselves.”

That statement may come with a whiff of irony for residents in nearby Kew Gardens, who in April protested the city’s plans to reopen a jail in the neighborhood to house inmates from Rikers Island. Similar fights are playing out in other boroughs.

In 1903, the city began landfilling the island with coal ash, according to a report by the New York-based Milrose Consultants. That landfilling eventually quadrupled Rikers’ original 90 acres. While coal ash is known to contain toxic chemicals, the city has never disclosed the full contents of the landfill. That issue resurfaced in 2012 when six cancer-stricken Rikers Island guards and the widow of another filed lawsuits accusing the city of exposing workers to carcinogenic pollution.

The stench of decomposing garbage emanates from the jail complex, particularly on hot days, resulting in “many health problems for persons in custody and staff, particularly those with asthma or heart disease, the elderly, and young people,” according to the Fordham Environmental Law Review. That deteriorating trash primarily emits methane, a powerful greenhouse gas, that bubbles beneath the surface. When the methane bursts, it often destabilizes the land above, causing damage to aging buildings that then release asbestos.

“The smell alone would torture you,” Candie Hailey-Means, a former inmate on Rikers, told Grist in a lengthy 2016 report on the island’s environmental woes. “It smells like sewer, mixed with fertilizer, mixed with death.”

Demolishing those facilities is just one step toward improving the lot of the working-class New Yorkers who overwhelmingly make up Rikers’ inmate population.

Building solar panels and large-scale batteries on just 100 acres of the island could generate and store enough electricity to offset the city’s oil- and gas-fired stations that switch on when the city’s power demand exceeds supply, like when air conditioners are at full blast on hot summer days. That finding is the subject of a paper by Rebecca Bratspies, the founding director of the City University of New York’s Center for Urban Environmental Reform. The paper is currently undergoing peer review, but Bratspies shared parts of the research in a City & State magazine op-ed she co-authored with Constantinides in February.

Those existing power plants are blamed for higher levels of PM2.5 ― the most harmful type of fine particulate matter ― in the residential areas they neighbor. In the western Queens neighborhoods of Long Island City and Constantinides’ native Astoria, PM2.5 hit 8.9 micrograms per cubic meter, according to the latest city health report. That’s above the Queens average of 8.4 and the level of 8.6 citywide.

PM2.5 is linked to heart attacks, strokes and lung disease. For every 10 micrograms per cubic meter increase of PM2.5 in air pollution, there’s an associated “4%, 6%, and 8% increased risk of all-cause, cardiopulmonary, and lung cancer mortality,” respectively, according to a study from the Journal of the American Medical Association.

“This will give us an opportunity to right wrongs,” Constantinides said, “not only by closing Rikers, which is a moral imperative to do, but turn that island into something that benefits the same communities that were over-policed.” 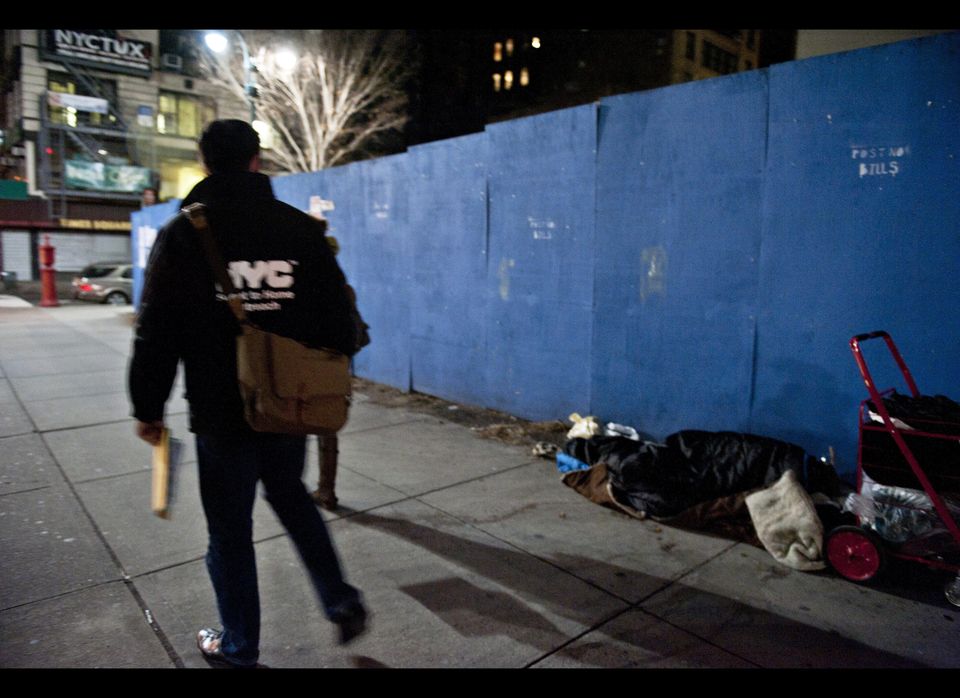