NEW YORK -- Scott Brown recently got in hot water for falsely claiming that his Senate race opponent, Elizabeth Warren, was using paid actors in her commercials. But it turns out that Brown is perhaps the one who should have known more about the people appearing in his ads.

(Editor's Note: This post contains strong language that some readers may find objectionable.)

On one post made in August, well before Brown's ad appeared, the worker, George Patriarca, calls Warren a "DOUCHEBAG." On another he labels the president a "faggot," and on a third he says, "there is a Muslim in the White House." 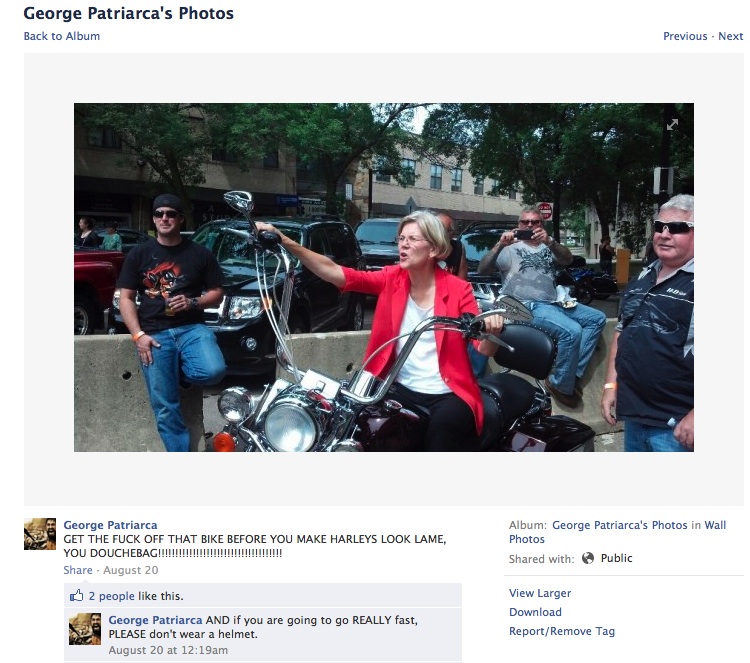 Patriarca appears in a Brown ad about Warren's role in a lawsuit over health payments to asbestos workers who had fallen sick. The ad accuses Warren of fighting against those workers in court -- a charge that her campaign has stridently rejected, and that the Boston Globe has said is "misleading."

"I'm a union construction worker, and I find it incredibly offensive," Patriarca says in the Brown ad of Warren's alleged role in the lawsuit. "The average working man lost again."

Discussing his star turn on his Facebook page, Patriarca says that he "opened up a can of worms" with his union, the Sprinkler Fitters and Apprentices Local Union 550, which supports Warren.

"My intent was not to piss anyone off, but to do my due diligence ... and some people got offended," he writes.

Attempts to reach Patriarca for comment via his Facebook page and through his union got no response. The Brown campaign did not return a request for comment.

Patriarca's views are available for perusal for anyone with a Facebook account, and from some of his posts, it is clear that he relishes his provocative online persona.

"I attended Brandeis," he says underneath one photo. "Jew U. Great school. the people, not so much. One thing I learned is that Jews have a persecution complex and they hate themselves. That is why I believe they vote for liberals."