Contrary to what many young people think, older adults are having sex and, according to recent studies, plenty of it.

For those of us of a certain age, this isn't new information. Our sex lives have hummed along well enough, thank you very much, thanks to our many years of experience. We suspect that once the youngsters are done feeling icky about the idea that Grandma and Grandpa do it, they'll be relieved to know their sex life doesn't have to have a shelf life. 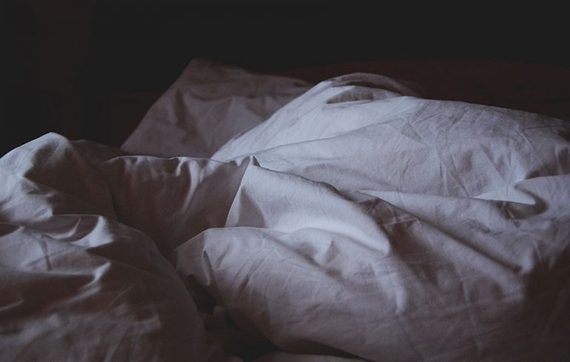 New research at the University of Manchester found that adults are having sex well into their 70s and 80s, and they're not too shy to talk about it. Only 3% of the 7,000 respondents declined to answer questions about their sex lives.

Here's a between-the-sheets peek at what the study revealed:

Such statistics give us hope for good years to come, but why aren't more people having great sex later in life? The research shows that many older adults just aren't into it anymore. Women are more likely than men to report a lack of desire as the primary reason they're not pursuing sex. Still, researchers have determined that when partners discontinue having sex, it's usually because the male partner's health got in the way.

About half of the adults who took part in the study reported that at least one sexual problem was slowing them down. For men, that included erectile dysfunction, climaxing too quickly or inability to climax, and performance anxiety. For women, it was low interest in sex, lack of lubrication, inability to climax and pain. The worse a person's health was, the more problems they reported.

Studies like these help blow the lid off inaccurate information and potentially dangerous stereotypes that persist about late-in-life sexuality. In many parts of the world, including the US, senior sexuality is still a taboo subject and one that's ripe for ridicule. That makes many older adults hesitate to talk about sex and dispel myths with friends and family, and even with their partners and physicians.

Only 38% of men and 22% of women report having discussed sex with a physician once they were past 50. That's a big mistake because many of the sexual problems they mention have practical, easy-to-achieve solutions, such as using lubricants, medications and creams.

Use It or Lose It

It turns out that "use it or lose it" is a real thing when it comes to sexual health. It's easier to keep your sex life going than it is to rekindle it once the fire's gone out. As Janet Gibbens, MD, a gynecologist at Providence Health Systems in Portland, OR, says: " 'Use it or lose it' has to do with the fact that regular sexual acts bring more blood flow, and therefore more oxygen, to the vagina and to the penis. It promotes healthier sexual organs and improves lubrication and elasticity, particularly for women. Non-intercourse forms of sex are helpful with this as well."

Doctors also recommend that older adults, especially those re-entering the dating scene, keep
safe sex
at top of mind. Heather Weldon, MD, an obstetrician-gynecologist with the PeaceHealth Southwest Medical Center in Washington, tells her patients: "Sexually transmitted infections [STIs] don't discriminate. All sexually active people regardless of age are at risk for STIs. In my own practice, I've diagnosed new cases of all types of infections,
from HIV
to trichomoniasis to herpes to chlamydia in post-menopausal women who thought they were too old to need condoms. For all sexually active folks, condoms and candid conversations about sexual infections are a must."

If you haven't had a frank conversation about sex with your friends, partner or physician lately, it may be time. Regardless of whether you're still having sex, wish you were or you're happy enough to go it alone or go without, it's important that we share our stories and concerns. That helps us all gain a greater understanding about sex in our later years, and lets the younger generation know they can anticipate having a healthy sex life -- for life.

Jeanne Faulkner is an RN with 25 years' experience working in women's health. Based in Portland, OR, she's the author of Common Sense Pregnancy and writes about health and wellness for a variety of publications and websites. As a CARE chairperson for advocacy, she's traveled worldwide to raise awareness of poverty eradication and global health issues.

Fifty How We Live: Wellness Love and Sex Health and Wellness Sex