If Nick Drake, Alan Parsons Project and M83 spawned a child raised on a healthy diet of Prince, Alfred Hitchcock, and classic science fiction films, it would be something resembling Shyboy. The enigmatic recording artist, whose Water On Mars, makes a bold, tuneful impression on today's indie-pop landscape, and one of the year's smartest, not-to-be-missed debuts.

Fresh from the ashes of Hypnogaja, the L.A. rock ensemble he fronted for over a decade, Shyboy, and longtime collaborator, Mark Nubar, teamed up with legendary pop songwriters, including Allee Willis, and Wendy Waldman, to create a diverse, melodic array of intricate productions that complement Shyboy's gauzy, warmhearted tenor.

Bird In Flight by Shyboy (Directed by Michael Bodie, Produced by Loretta Ramos)

Finding water on Mars signified to me that anything in the universe is possible. This could be interpreted loosely as a concept album. Albums today are like one big giant three hour movie, but I grew up cherishing the side A and side B concept. I designed this album to be a two sided piece even though it's on one CD.

A trio of sophisticated singles unveiled in advance of the album include the dreamy, ambient, Bird In Flight, the dark, pulsating Marion Crane (an ode to Janet Leigh's tragic Psycho femme) and a spare, elegiac cover of Nik Kershaw's 1984 jewel, Wouldn't It Be Good.

When asked about the reimagining of Wouldn't It Be Good, Shyboy explains that it was recorded upon request by writer/producer Bryan Fuller (NBC's Hannibal).

Bryan loves that song and asked me to create a sad version, which was going to be in the pilot for Hannibal. It didn't ultimately work in that episode, but Everytime I See The Moon (Track Two from Water On Mars) has been re-recorded in Russian in a Bollywood-musical style for Bryan's High Moon pilot for Syfy. Bryan also incorporated the lyrics of Tiny Song in a Hannibal scene featuring Gina Torres' character. Bryan was tweeting about me, and then all the Fannibals started following me on Facebook.

Wouldn't It Be Good by Shyboy (Directed by Michael Bodie, Produced by Loretta Ramos)

Shyboy grew up near Detroit listening to Purple Rain, and early hip hop including Frankie Smith's Double Dutch Bus and Fatback's Gotta Get My Hands On Some Money. When he's not recording, he's spinning some of the best mashmixes heard at Booty L.A., a massively popular monthly dance club event. His wide ranging musical taste and knowledge inspired me to ask Shyboy a few rapid fire questions...

What was your first concert? Shyboy: The Jacksons Victory Tour in 1984.

Wendy & Lisa or Salt n Pepa? Shyboy: That's a really hard one! I'm such a huge Prince fan that I have to say Wendy & Lisa.

If you could bring one male singer and one female singer back from the dead for you to duet with, who would they be? Frank Sinatra and Donna Summer.

For Los Angeles fans, check out Shyboy live at Hotel Cafe on October 18 and in store at Hollywood's Record Parlour on October 19. Water On Mars is available now available on Amazon, and itunes. 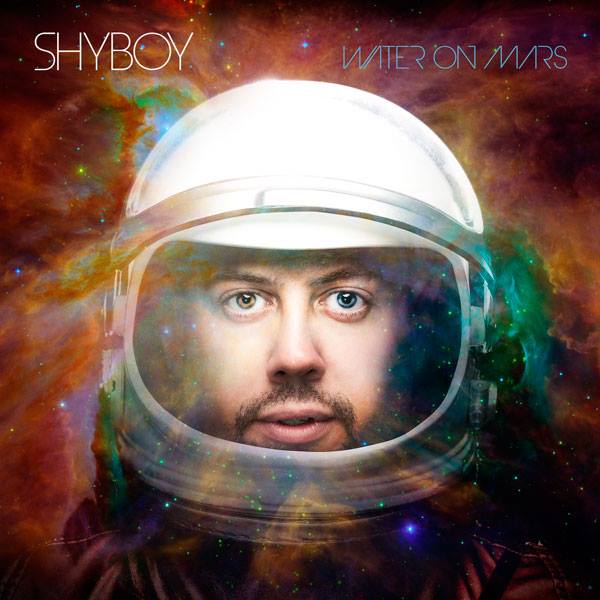