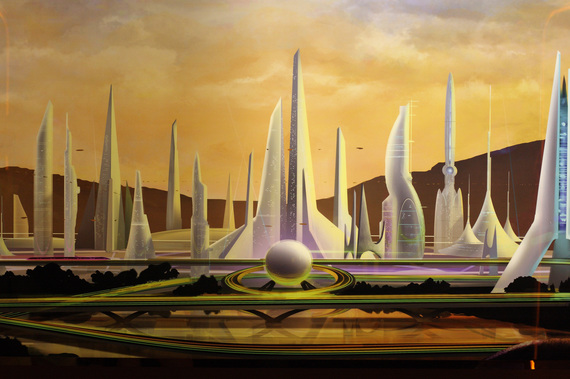 Transhumanism--the international movement that aims to use science and technology to improve the human being--has been growing quickly in the last few years. Everywhere one looks, there seems to be more and more people embracing radical technology that is already dramatically changing lives. Ideas that seemed science fiction just a decade ago are now here.

Later this year, I'll be speaking at RAAD, a one-of-a-kind life extension and transhumanism festival in San Diego where thought-leaders like Ray Kurzweil, Dr. Aubrey de Grey, and Dr. Joseph Mercola will be sharing their ideas on our future. With so much radical tech growth and science innovation occurring in the last few years, the question has been asked: What are the best strategies for the transhumanism movement moving forward? Of course, as the 2016 US Presidential candidate of the Transhumanist Party, I have my own ideas--and naturally they're quite politically oriented. 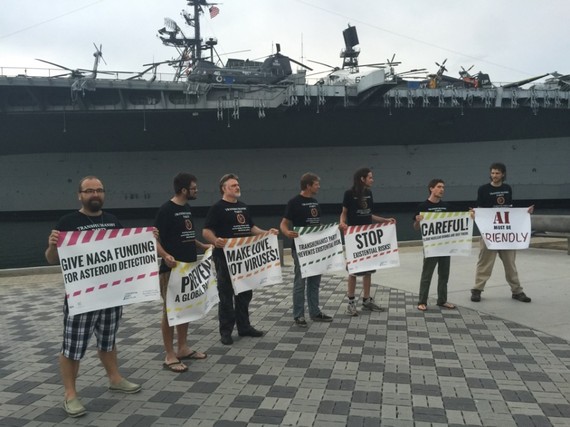 When I created the Transhumanist Party, I felt a major missing element of transhumanism was the lack of any political force and agenda operating in the movement. Without a foothold in politics and national governments, it's simply unlikely transhumanism could grow as large as is possible. Eventually, transhumanist politics will not only be the next great civil rights conversation and battleground, but also the philosophical fountainhead of evolution for our species. With robotic hearts, cerebral implants, bionic limbs, and genetic manipulation already here, the transhumanist age has begun. Now it's time to shape the destiny of that exciting era.

I've mentioned my three goals for transhumanism before in my presidential candidacy declaration article:

In addition to upholding American values, prosperity, and security, the three primary goals of my political agenda are as follows:

1) Attempt to do everything possible to make it so this country's amazing scientists and technologists have resources to overcome human death and aging within 20 years--a goal an increasing number of leading scientists think is reachable.

2) Create a cultural mindset in America that embracing and creating radical technology and science is in the best interest of our nation and species.

3) Create national and planetary safeguards and programs that protect people against abusive technology and other possible global perils we might face as we transition into the transhumanist era.

But beyond those three goals, there are three other strategies that I am pursuing at full speed.

1) Presenting transhumanism in the media in engaging ways that emphasize health, wellbeing, democracy and and the upholding of humanitarian values. For example, we can preserve the health of our loved ones through incredible transhumanist medicine. Or religious people can get to know God better through technology (full disclosure: I'm an atheist). Or transhumanist science and industry can help lift underprivileged people out of poverty, giving them a stronger voice.

2) A second main goal of mine it to challenge other major political candidates--like Hillary Clinton, Bernie Sanders, Ted Cruz, Donald Trump, Marco Rubio, Gary Johnson, or Jill Stein--to ask transhumanist-minded questions: How shall America handle coming "designer baby" technology? If robotic hearts can wipe out heart disease, should governments allocate many billions of dollars to it (since heart disease is the #1 killer in many countries, including America). Will there be a global arms race for militaries around the world to develop a superintelligent AI?

3) A third major goal of mine is to unite the transhumanists, singularitarians, cyborgists, biohackers (grinders), cryonicists, roboticists, longevity advocates, futurists, and all tech and science-minded groups out there under one banner. Currently, many pro-technology and science people don't get along with one another. And even in the transhumanist community, there many factions, including those that appear to work to undermine the efforts of other transhumanists. The transhumanism movement is becoming so popular, that it must try to find common ground and a single optimistic vision of the future, irrespective of differences in politics, age, and ideologies. This is partially why I formed the Transhumanist Party with overwhelmingly centric policies, to cast as wide a net as possible so that it could incorporate as many people into its mission.

In the future, I anticipate transhumanism growing much larger with billions of people embracing the radical science and technology that will make the planet a far better and more interesting place.