Did the 2012 race finally get real this week? Maybe just a smidge, actually! A week ago, Haley Barbour was staking out a position outside the coverage, but he jumped back into the fray in a big way this week. After a momentary hiccup that cost one Barbour staffer their job after sending out an email with bad jokes about the Japan tsunami, Barbour stepped forward and started engaging the debate. He aimed some barbs at the White House, but he also staked out unique territory among his fellow GOP colleagues by expressing skepticism about the War in Afghanistan, questioning whether or not there isn't substantial bloat in the Defense Department, and calling for caution on intervening in Libya.

The rest of the GOP field chose to be less bold this week, most simply participating in what The Plum Line's Greg Sargent sees as the voguish pastime among GOP presidential aspirants: sticking it to Mitt Romney. Elsewhere, the conservative smart-set began their "Stop Palin" campaign. Donald Trump, perplexingly, leapt on board the Birther crazy-train. And after a week-and-a-half of bleating out all sorts of crazy nonsense, Mike Huckabee took a week off from attention-getting. This was a smart move, obviously, because it's precisely what we advised him to do last week. That's right: heed the Speculatron. We see all, know all. (Actually, we're pretty much making it up as we go along, like everyone else.)

This week, we've elevated Herman Cain's status. And while we've decided to stand pat otherwise, it should be noted that Mitch Daniels and Jon Huntsman are starting to look like they won't be running in 2012. For more of this week's campaign trivia, please feel free to enter the Speculatron for the week of March 18, 2011. 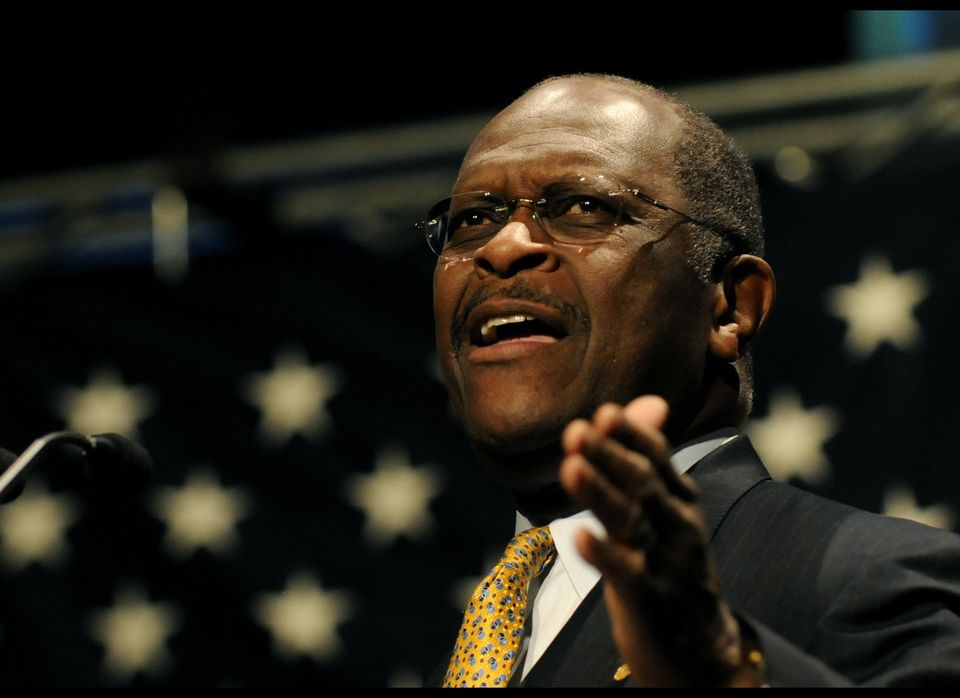 1 / 2
Herman Cain
You may not be that familiar with Herman Cain, but the former CEO of Godfather's Pizza appears likely to shake up the Republican presidential primary in the next election cycle should he run. Cain is not one to mince words and appears to have a tendency to make inflammatory remarks. Last weekend, he <a href="http://www.unionleader.com/article.aspx?headline=Cain+confident+of+his+presidential+chances&articleId=f639b0ce-0449-4fa5-bd34-ad8f082218b2" target="_hplink">told</a> the <em>Union Leader</em> in New Hampshire that if he does follow through in mounting a campaign, he'll rely on his business credentials and radio talk show host experience to advance his ambitions. The potential contender, however, also said to the local outlet: "Now people are over this first black President thing," he said. "But there are some people who will say, 'I'm not going to vote for another black guy because this one didn't work out.' "And my response is, 'Well, what about those 43 white guys you put in there? How did they work out?' "Don't condemn me because the first black one was bad," Cain said with a smile. To be sure, it seems Cain could emerge one of the most authentic contenders in 2012 if he runs. He recently broke the Republican mold when he <a href="http://www.amestrib.com/articles/2011/03/09/ames_tribune/news/doc4d779b36cc68d760620906.txt" target="_hplink">suggested</a> "the United States has got to stop being Uncle Sucker" in its military efforts overseas. He asked, "We put things on the line, we lose lives, and what do we get in return?" It remains to be seen whether or not Cain will run, but if recent trips he's made to early primary states and remarks he's made on trail foreshadow what's to come, the possible candidate seems increasingly likely to jump into the race and shake things up while he's at it.