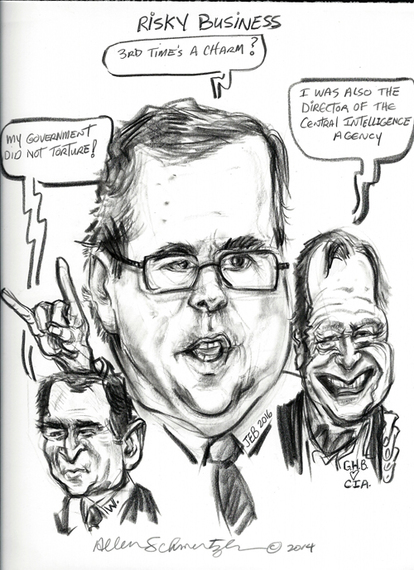 What sound does a deflating football make when no one is there to witness it? Probably the same fraudulent odiferous nauseating seeping sizzle wheeze sound of stale air escaping, just like the world witnessed leaking from Speaker of The House John Boehner while an inflated President Barack Obama gave his I Gotcha State of The Union address. It is the sound of a power vacuum in the inevitability game during the fourth quarter when defeat and loss is percolating and one decides to go long.

While the artificial turf of a power vacuum in the Middle East gives game to inflated competing angst ridden groups with logo and means, an odd parallel is taking form in our presidential political turf of 2016 as quite a plethora of inflated wannabes representing angst ridden groups with deep pockets of money are putting on their game to fill America's power vacuum. Even Sarah Palin, Mike Huckabee and Mitt Romney want in on the game. Okay, I agree, no big surprise. Sarah has a narcissistic love affair with her bridge to nowhere political shadow, Huckabee wants to sell more copies of his book, "God, Guns, Grit and Gravy" and Mitt, well, he has a magic calling from some divine force and refuses to believe he is not liked.

Although the 2016 presidential field will host a Super Bowl size noisy crowd of candidates, all most likely vanquished on the real turf that will amplify the sound of stale air coming from the deflated and recycled inevitability of a Bush v. Clinton smack down game. The score will be a 3rd Bush against a 2nd Clinton. In this competition, Hillary Clinton plays the candidate on the rise. She plays with advantage because of the gender card, a remarkable resume, is fresher from service yet has been out of the public eye long enough for the smell of a used car to slightly linger, but when the ignition is turned it will spew a fresh filtered sound and smell of a classic brand that may hold the public's romantic interest.

Jeb Bush will play the candidate with the Lemon Law liability. Jeb's brother, Mr. Texan swagger "W" has taken up painting, a bit too French for even nice Republicans, and still looks to be the most deflating of presidents on the history channel scale for a long time. To the weary public, Bush is a brand name synonymous with acerbic humor, and lingers like the smell and sound of a bad hangover. Perhaps it is not fair to judge Jeb with guilt-by-association. But he is the one here that comes across as the real boring inevitable candidate, long removed from political service and using his family name as destiny to compensate for a lack of charisma or passion. Jeb Bush has to own the sound of the deflated football "W" left behind and that the whole world still hears. It is a sound of horror, terror, and torture unleashed through fraudulent claims.

Either way for America, the presidential game is as inevitable as the Super Bowl, filled with inflated egos, too much money and incentive to "cheat," too much hype, and inevitably leaves half the audience feeling deflated. In the inevitability game of Bush v. Clinton, we will need to stay tuned to learn how this plays out. For now, it feels more as a sad commentary on our inevitability game of two party presidential politics.