Veterans Day is a painful reminder of inequality for veterans in America's territories who are disenfranchised because of where they live.

In 2013, Luis Segovia was deployed to Afghanistan, a world away from his family in Guam. For him it was a bit of deja-vu; four years earlier he was serving his first tour in Afghanistan. A lot had changed in his life since. He had moved from Chicago to Guam, married the woman of his dreams, and started a family. One thing he hadn't expected was that a change in zipcode would mean he longer would be able to vote for president. 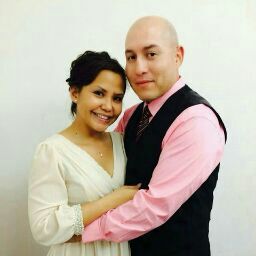 Being denied basic democratic participation is something he could never have imagined in 2005, when he was deployed for 18 months in Iraq. Serving at Forward Operation Base Marez near Mosul, one of his primary missions was providing security for the 2005 Iraqi election. He felt a sense of accomplishment, he could feel history being made.

A decade later, Luis is still proud to be defending America's democratic and constitutional values as a Staff Sergeant in the Guam National Guard and as a civilian police officer at Anderson Air Force Base. But on Veterans Day, it just doesn't feel right that he's now on the sidelines of democracy, a spectator rather than a participant despite his three tours of service.

What's perhaps most perplexing to Luis is that if he had moved to the neighboring Northern Mariana Islands, another U.S. territory, or even if he had moved permanently to a foreign country, his right to vote for President would have been protected under both federal and state overseas absentee voter laws. To Luis, these kinds of arbitrary lines seem completely unfair.

Yesterday, Luis filed a lawsuit in federal district court in Chicago to determine whether these arbitrary distinctions between similarly situated citizens are also unconstitutional.

Joining Luis in this federal voting rights lawsuit is another veteran in Guam, two more in Puerto Rico, and the Guam-based veterans organization Iraq Afghanistan and Persian Gulf Veterans of the Pacific. Two individuals from the U.S. Virgin Islands, along with the League of Women Voters of the Virgin Islands, are also plaintiffs.

This disenfranchisement comes at a serious cost to veterans. As Maria Hinojosa highlighted in Island of Warriors for PBS' America By the Numbers, while up to one in eight adults in Guam is a veteran, Guam ranks dead last when it comes to per capita spending on medical care for veterans. For many common issues, like Post Traumatic Stress Disorder, the closest treatment option is nearly 4,000 miles away.

The United States' overseas territories have a proud history of military service, fighting in every major U.S. conflict since World War I. When territorial residents turn eighteen, they must sign up for selective service like every other American; during Vietnam, more than 50,000 service members came from the territories. The service rates -- and the casualty rates -- are generally well above the national average. For example, Guam has had a casualty rate in Iraq and Afghanistan 4.5 times the national average; the U.S. Virgin Islands, three times higher. And last year four Puerto Ricans were awarded the Medal of Honor, the highest military award, with the 65th Infantry, known as the "Borinqueneers," receiving the Congressional Gold Medal, the highest civilian award.

Yet despite a decorated military record of service and sacrifice, veterans in the territories are unable to fully participate in the democracy they defend. 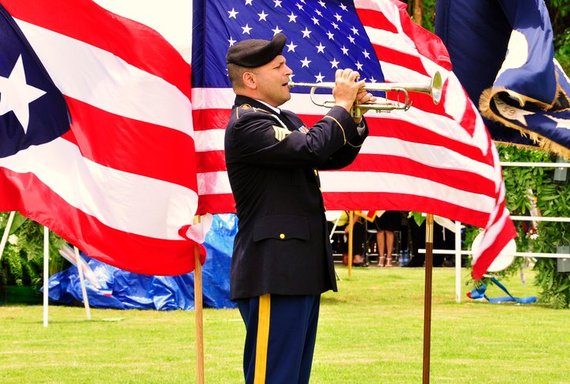 In all, more than 4 million U.S. citizens live in the territories, a population greater than nearly half the states, and larger than the five smallest states combined. They are permitted to vote in Presidential Primaries -- Republican front-runner Ben Carson campaigned in Puerto Rico on Sunday -- but will not be able to vote next November.

Ultimately, more will be needed than a federal lawsuit that is necessarily limited in scope to current residents of the territories who are former residents of the states. Our hope is that like other civil rights cases that have come before it, it will be a catalyst for broader political change.

What does this change look like? One promising path is to build on the precedent of the Twenty-Third Amendment (presidential vote for D.C.) to advocate for a new constitutional amendment that guarantees representation and the right to vote for every American, wherever they live.

Historically, the Constitution has repeatedly been amended to expand voting rights as a recognition for military service. The Fifteenth Amendment followed the service of African American during the Civil War. The Nineteenth Amendment followed the contributions of women in World War I. The Twenty-Sixth Amendment lowering the voting age to eighteen came as thousands of young people were drafted and sent to Vietnam. With nearly 25,000 service members from U.S. territories recently back from deployments to Iraq and Afghanistan, another historical moment for expanding voting rights may be upon us.

There is also an unprecedented political opportunity in 2016 to advance voting rights issues in the territories. In addition to Ben Carson, Jeb Bush, Marco Rubio, Hillary Clinton and Martin O'Malley have already made campaign stops in Puerto Rico. Ted Cruz is making a serious play with an active ground game in each of the five territories. The territories were a real factor in the hotly-contested 2008 Democratic Primary and the 2012 Republican Primary, and look to be yet again.

In short, Democrats cannot take their votes for granted, and Republicans increasingly need their votes as national demographics shift. This has the potential to create the kind of political climate where even a constitutional amendment starts to become feasible.

If primary voters in the territories and Puerto Rican voters in Florida demand a constitutional amendment for full enjoyment of the right to vote in U.S. territories, for once they might actually have the political power to get traction in Washington. Whether they will exercise that political power though remains to be seen.

One thing is clear though. On Veterans Day in 2015, it is a national embarrassment that more than 150,000 veterans living in U.S. territories will be denied the right to vote for their Commander-in-Chief next November.

To support the right to vote of every U.S. citizen, wherever they live, visit www.EquallyAmerican.org.

Disclaimer: Neil Weare is one of the attorneys representing Luis Segovia and the other plaintiffs in their federal lawsuit to expand voting rights in U.S. territories. For more on Segovia v. Board of Election Commissioners click here.

President and Founder, We the People Project