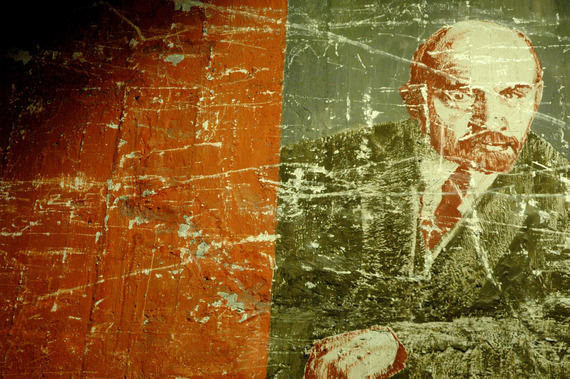 The Soviet Union was established to create the workers' paradise that Communist theorists envisioned.

It never worked that way. In practice, the state owned the means of production, made the production decisions and took a huge cut off the top before giving workers the crumbs.

An irony of the Soviet system was that if workers tried to organize, as they did in capitalist countries, they would be ruthlessly suppressed.

Some Soviet citizens hoped that the dissolution of the Soviet Union in 1991 would lead to the workers rights they had never enjoyed.

A quarter of a century of independence has dashed those hopes.

With just a few exceptions, workers in the region have learned they still have no power.

Management's reaction to a downturn in the economy is often to lay off workers, cut their pay or not pay them at all for a year or more.

The culprits include managers of both businesses and taxpayer-funded endeavors, such as schools.

A case in point is AvtoVAZ in Russia's auto-making hub of Togliatti.

The global drop in the price of oil and Western economic sanctions against Russia have led to sales of the company's Lada cars plunging. It lost $1 billion in 2015.

To save cash, AvtoVAZ has slashed many workers' pay and not paid others for months.

Because Russia has workers rights on paper only, workers are scared to complain, fearing they will be fired. Better dwindling pay than none at all.

Workers in some places in Russia have braved retribution by protesting pay cuts and delays, but in only a few cases have these efforts generated results.

Demonstrations this year have failed to help workers reverse layoffs and pay cuts at the Uralvagonzavod train-car-making factory in Nizhny Tagil, for example.

Doctors' protests in 2014 over a reorganization of Russia's healthcare system that led to 10,000 physicians being laid off, demoted or having their pay cut also failed to gain traction.

Kazakhstan is the poster child of the former Soviet Union's lack of workers rights because it used deadly force to suppress an oil-workers protest in late 2011.

News coverage of what has come to be known as the Zhanaozen Massacre generated international headlines, embarrassing the country, which has long trumpeted its internal stability to try to woo international investors.

Workers at the Ozenmunaigas oil field were striking for higher pay, better working conditions and hazard pay they had been promised but never received.

The stand-off with management turned violent on December 16 and 17, 2011, when police fired into the demonstrators, killing 14 and injuring dozens. Many believe the death toll to be much higher than the official figure of 14.

To assuage a national outcry over the deaths and injuries, the government gave the workers the pay increases they had wanted and fired public officials who had let the situation get out of hand.

Petroleum and mining have long been Kazakhstan's economic mainstays, and workers like the ones in Zhanaozen have often complained about layoffs, low pay and poor working conditions.

Most of the protests have achieved little, however.

Workers in Armenia, one of the former Soviet Union's poorest countries, have also resorted to protests to dramatize their displeasure with pay arrears and layoffs.

More than 1,000 workers at the Nairit rubber company in the capital of Yerevan demonstrated in front of the president's residence in December of 2014 to demand immediate payment of 18 months of back pay. The money failed to materialize, however.

Earlier in 2014, many workers protested a government decision to have employers withhold more of their pay for Armenia's old-age pension system. The demonstrators included railway and subway workers, utility employees and even opera and ballet artists.

But the withholdings they protested stuck.

Another poor former Soviet country, Kyrgyzstan, has also seen its share of worker unrest. As has been the case elsewhere, the labor actions have failed to achieve much.

Authorities cracked down hard on demonstrators at the Centerra Gold Mine in the Issyk Kul region in June of 2013. Striking miners and supporters demanded that the Canadian-owned operation do more to help the poverty-stricken region around it, including adding jobs. Police responded with force to the protests, making many arrests.

Eighteen months before, in January of 2011, Kyrgyzstan teachers walked off the job to demand a tripling of their pay, which ranged from $30 a month for a novice to $60 for an experienced teacher -- less than a third of the country's average wage. The government responded with a 30 percent raise, saying it lacked the money to meet the teachers' demands.

As these examples show, workers have little leverage to obtain better pay and working conditions from either private-sector or public-sector employers in the former Soviet Union.

It's an irony that in the land that was supposed to be a workers' paradise, most workers are just scraping by -- and some aren't even doing that.