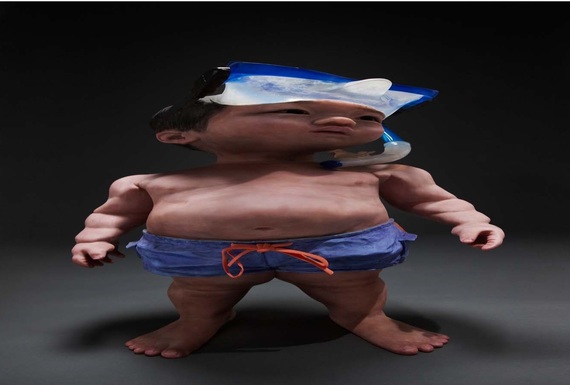 Yi Hwan Kwon's eccentric and arresting sculptures and environmental installations are both the sites and the triggers for an explosion of cognitive and visceral dissonance. Cheerfully brimming with paradox, his distorted statuary of modern people have the immediacy and surprise energy of Pop Art, but none of its flashy, high-calorie excesses. Instead, these object-images offer nuanced disorientation; they are as much about direct experiential materiality as they are about deracinated, mediated perceptions. They offer poetic personal narrative and socio-political analysis. They speak simultaneously in the languages of art history and science fiction. Like Helen of Troy, each of his faces launch 1,000 ships of inquiry. 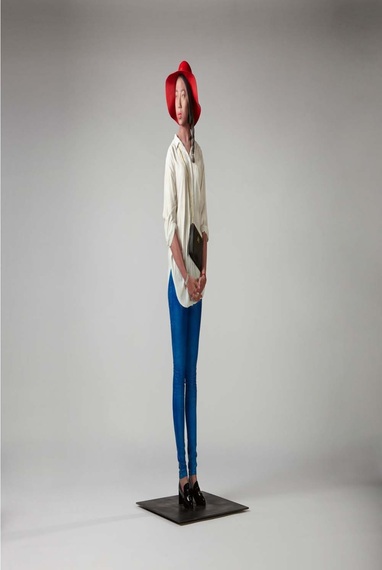 Yi Hwan Kwon's extended art historical family includes modernist figures like Giacometti and Brancusi, who sought to depict movement in static forms and thereby render something salient to the new age of speed and industry that was dawning in their lifetimes. One sees further links to Robert Gober's jaunty dismemberments; Mark Jenkins, whose off-scale mannequins are deployed into extant circumstances to reverse-engineer surreal narratives; sculptors like Charles Ray and Duane Hanson who court hyperrealism and trompe-l'oeil illusionism, and who also play with scale as they depict ordinary people with extraordinary faithfulness; and American photographer Jay Mark Johnson, who uses a slit-scan camera to photograph objects along the timespace continuum, privileging the clean, pixelated vision of the machine over the unstable assumptions of the anthropocentric worldview. 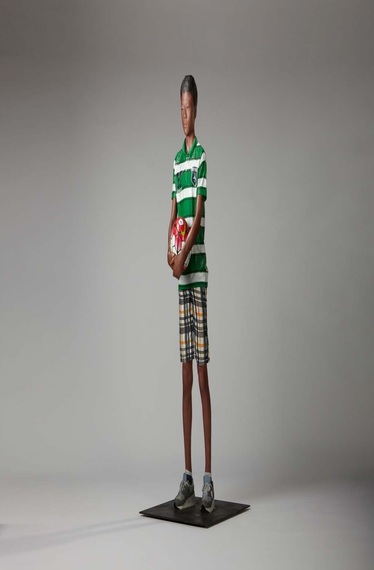 In literature, one finds a kindred mind in the works of Philip K. Dick, whose beautiful, near-future dystopias spoke directly to the imminent impossibility of separating truth from fiction. "We live in a society in which spurious realities are manufactured by the media, by governments, by big corporations, by religious groups, political groups, Dick said. "I ask, in my writing, 'What is real?' Because unceasingly we are bombarded with pseudo-realities manufactured by very sophisticated people using very sophisticated electronic mechanisms..." 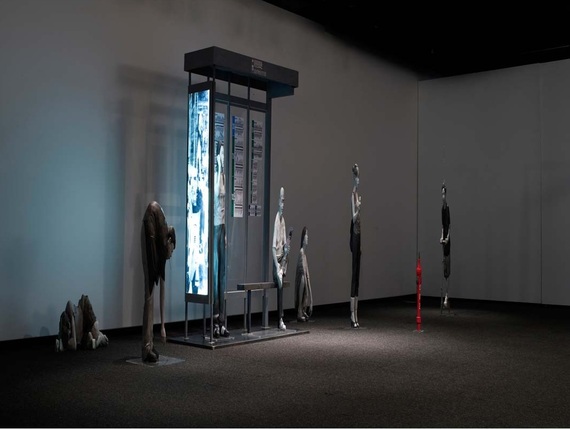 While demonstrably more optimistic than Dick, and importantly, being of a generation who grew up in a post-digital world of wonder, to Yi Hawn-kwon's mind, the dominant quality of modern existence is tension. We exist in a kind of self-made limbo between isolation and connection, individual and society, real and virtual, phenomenon and invention, in which everything is flattened, condensed, trapped, and made relative. In his illusionistic manipulations of the human body -- as represented by an eclectic array of exemplar citizens both anonymous and archetypal -- Yi Hwan-kwon seeks to give durable physical form to a cluster of ideas about energy and cognition. 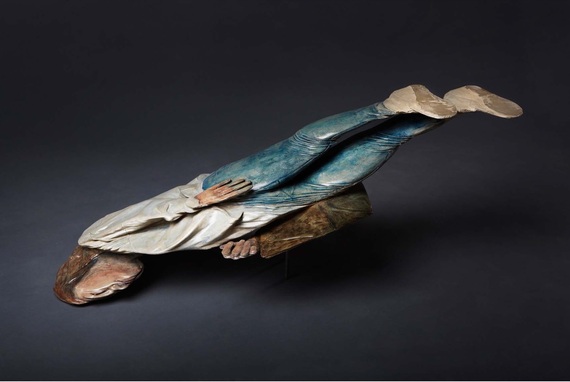 Encountering his stretched, attenuated, truncated, squashed, yet otherwise realistic sculptures, often in unexpected public settings like parks and plazas, viewers frequently report feelings of "dizziness" and "giddiness" at being confronted with what are essentially beings from another plane of existence appearing as anomalies in our world. It's like a curtain lifted on a parallel universe. It's like straddling both sides of the looking glass. It's a powerful metaphor for the divided state of the world we do inhabit, and for the joyfully transformative power of art.

In addition to the exhibition, a concurrent public installation of his acclaimed 2005 work BUS STOP outdoors at West Hollywood Park opens the same afternoon, across the street from the PDC at the entrance on San Vicente Blvd. as part of the City of West Hollywood's Art on the Outside public sculpture program. This large-scale installation represents the artist's first public work in the US.